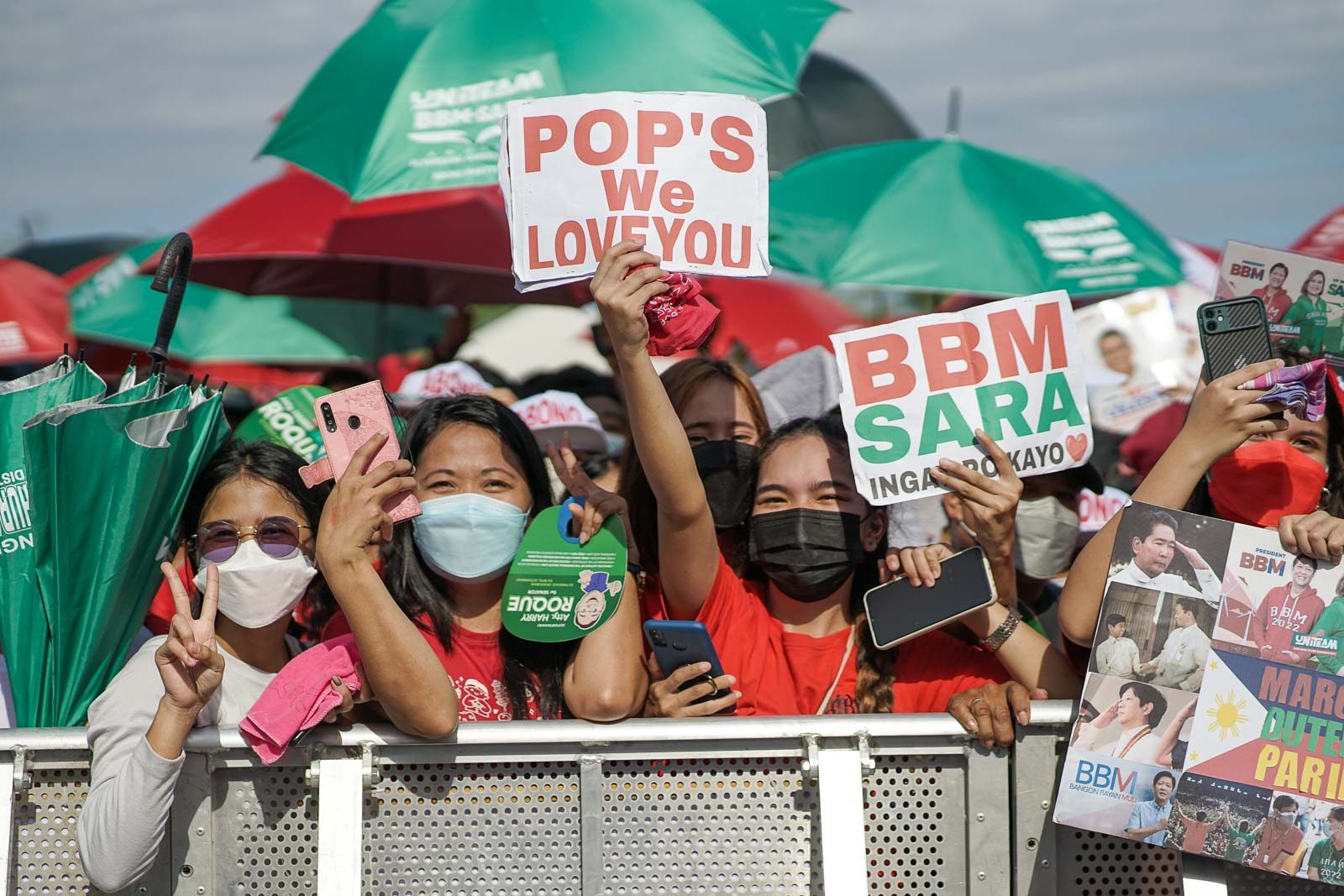 MANILA, Philippines – Ferdinand Marcos Jr.’s continued dominance in surveys may be, in large part, due to the country’s youngest voters.

Pulse Asia’s February survey showed that 71% of Filipinos aged 18 to 24 want the dictator’s son and namesake to be the next president. Generation Z or Gen Z, as this age group is popularly called, was the age group with the highest preference rating for the 64-year-old presidential candidate.

For older Filipinos, Marcos was still the first pick of most, but his ratings among these age groups were in the vicinity of 50%.

Marcos’ popularity among the youth in February sustained a popularity observed by Pulse Asia since at least January. Results of that month’s survey showed Marcos was already favored by 66% of the 18- to 24-year-old group.

The other presidential bets are still nowhere near Marcos’ dominance among the youth. Vice President Leni Robredo, despite drawing thousands of people at rallies and inspiring witty online movements of support, got the backing of only 14% of the Gen Z voters. Robredo’s voter preference across all age groups did not go over 20% in the latest Pulse Asia poll.

For third-placer Manila Mayor Isko Moreno, the youth numbers are even more sobering – only 7% among 18- to 24-year-olds.

This peek into the preferences of young Filipinos comes as the Commission on Elections (Comelec) has said the youth may account for around 30% of all voters – a huge, game-changing chunk of the population. Political pundits have long wondered if there is a youth bloc vote – or a possibility for Filipino youths to get organized and rally around a single candidate. As of February, this youth support appears to be going to Marcos.

Young voters belong to a generation that had not experienced the dictatorship of Ferdinand Marcos. They are also the generation most well-versed and immersed in social media platforms.

Massive online propaganda and disinformation networks have sought to burnish the image of the Marcos family in the years leading to Marcos Jr.’s presidential run and have been used to drum up support now during the campaign period.