Political Dynasties 2022: No heirs for Osmeña, Rama in Cebu City DYING DYNASTIES. Cebu City political heavyweights have no heirs to continue their dynasties.

CEBU CITY, Philippines – Across the country, political elites are all about keeping or expanding power for their growing clans.

Not in Cebu City.

Rama and Osmeña were former allies. In the 2010 elections, Tommy backed off endorsing his sister, Georgia, to support the re-election bid of Rama, then his vice mayor.

When asked what caused the split, Tommy told Rappler in an interview that it was not even due to any fundamental disagreement on policy or direction.

“He just decided to go on his own,” Osmeña told Rappler.

Prior to the split between Rama and Osmeña, the two had minor disagreements. More than 50 councilors had also signed a manifesto encouraging Tommy to endorse someone else other than Rama in the 2010 election.

But Osmeña still decided to endorse his vice mayor for the city’s highest post because he had pledged it.

Then in 2011, less than two years after getting the coveted endorsement, Rama surprised his former allies, bolting and forming his own “Team Rama.”

Rama also accused BOPK of being behind complaints that he allegedly mishandled the relocation of urban poor families by Mahiga Creek.

“They cannot fire me, because I quit,” he said in a Cebu Daily News report then.

Rama formed his new bloc by reeling in some of Osmeña’s other rivals and former BOPK members. This included the Kusug party of the Garcia clan, then led by Raymond Garcia, the son of former Cebu City mayor Alvin Garcia.

Alvin is a cousin of Governor Gwen Garcia.

From BOPK, Rama brought with him the late Cebu City mayor Edgar Labella, then a councilor, and nephew Eduardo Rama Jr.

Rappler tried to interview Rama for this story, but although he agreed to an interview, after at least five calls and text exchanges with him and his staff, he still has not confirmed a final time for it.

Rama’s move gave him the status of a genuine rival to the Osmeñas. Local politicians began lining up behind the two dominant political blocs in the city.

Rama won the  2013 midterm election as mayor, with Labella as vice mayor. 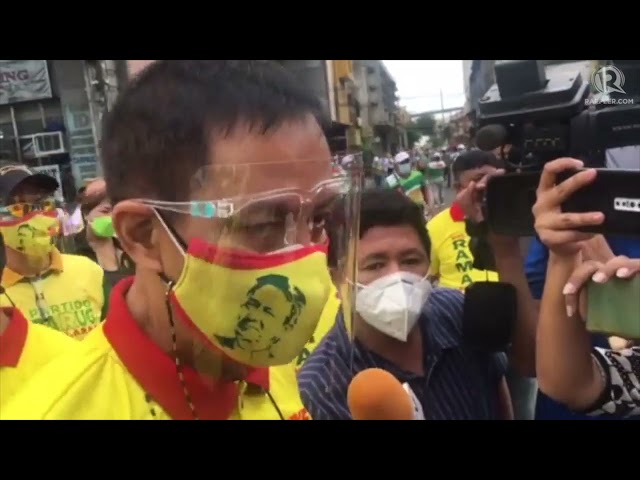 Governing as mayor was not easy for Rama.

In two of the past three elections, Cebu City voters have split their votes: whoever they elected as mayor faced an opposition council majority.

It was only in 2019, when Team Rama rebranded as Partido Barug that the slate tied with BOPK, bagging eight of the 16 council seats.

This 2022, it’s Rama versus Osmeña once again. This time, Tommy’s wife Margot, a former city councilor, is running for mayor for the first time.

Tommy initially filed his candidacy as representative for Cebu City’s 2nd District (South District) in October 2021 but later withdrew. Although he is not running for any position this time, Tommy has been a constant presence in Cebu City politics – whether through his allies in city councils or barangay captains who are still loyal to BOPK.

First-time mayoral bet Margot is running with a name that every Cebuano knows – and for the most part – still respects.

During the dictatorship of Marcos, Tommy’s brother, former senator Sergio “Serge” Osmeña III was arrested by the regime. The rest of the family was exiled until 1987, when the dictator was overthrown during the People Power revolution.

Rama also comes from an illustrious line of Cebuano politicians. Vicente Rama, said to be the father of Cebu City, was city mayor and senator, and among the pioneers of Cebuano journalism. One of Vicente’s children, Osmundo and uncle to Mike Rama, was former governor of the province.

While Tommy was a nationally recognizable opposition figure against the administration of President Rodrigo Duterte in the tense lead-up to the 2019 election, he was branded as a strongman like Duterte himself during his earlier terms as mayor.

Tommy was known to carry a pistol and would work closely with the police in its anti-drug operations.

Before the former Cebu City mayor and Duterte had a falling out in 2018, Tommy once considered the Davao mayor his “friend.”

Osmeña denied responsibility for the killings but admitted that he might have inspired the vigilantes: “I will say I inspired it. I don’t deny that.”

Also, Osmeña brought back his incentives for cops who killed top drug lords in Cebu when he won a term as mayor in 2016.

This was modeled after his “hunters team” anti-drug operations, which he spearheaded in the mid-2000s.

Osmeña was active and popular on social media – he even opened up the public library 24/7 after a request from a constituent was made via a Facebook post in 2018. 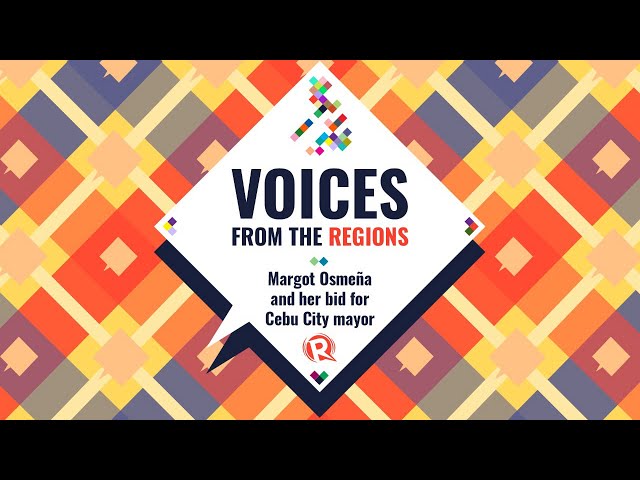 Margot is no slouch in throwing barbs.

On Rama’s split from BOPK in 2012, she said, “You know, there’s one thing I can say. You know, in the BOPK family…you don’t get kicked out, you leave. They leave.”

After the split, Tommy would often trade barbs with Rama through the media and would criticize how his administration managed the city.

But the main flash point for Osmeña was the city-owned South Road Properties (SRP).

The Osmeñas and their allies see the project as something that should be carefully managed for the long-term benefit of Cebu.

Those allied with Rama, on the other hand, tend to see it as a quick way to source revenue for the city’s programs. At least P2.19 billion of the city’s P10-billion 2021 budget was sourced from this project alone.

In 2016, when Osmeña returned as mayor, he took measures to retrieve properties of the SRP that he believed were sold by Rama for under-market value.

After he left office in 2019, Tommy took Rama to court over his management of the city’s cash cow.

This election, Margot and her daughter-in-law Bea Osmeña are the only ones from the dynasty running for local office.

Tommy’s cousins John Henry “Sonny” and Lito Osmeña died in 2021. Sonny was a former senator, mayor of Cebu City and Toledo City, while Lito was a former governor.

None of their children are running for office in Cebu.

On Rama’s side, his son Mikel is a practicing lawyer. Although he said he is open to joining politics, it is not his priority right now. His daughter Micheline is an activist and has worked for several non-governmental organizations since 2013 and has no plans of joining politics.

Rama recently married a former city hall employee Malou Jimenez Mandanat, 32, in October 2021. They have a one-year-old son together.

But is Margot’s bid for mayor in 2022 an attempt to save the dying dynasty?

Margot understands why people would presume that this election is about preserving power for the Osmeñas.

Margot is more focused on protecting Cebu from what she sees as the continuous mismanagement of the city by the current administration.

“Politics is not my life. I have a life. And I do have a full life and I’m blessed to be able to say that,” Margot said. “I have chosen to walk this path now, and I will walk. But I would like to think that the politics that I will practice, it will not define me. I will define what I am, what I will practice. Whatever that is, you’ll see.” – Rappler.com