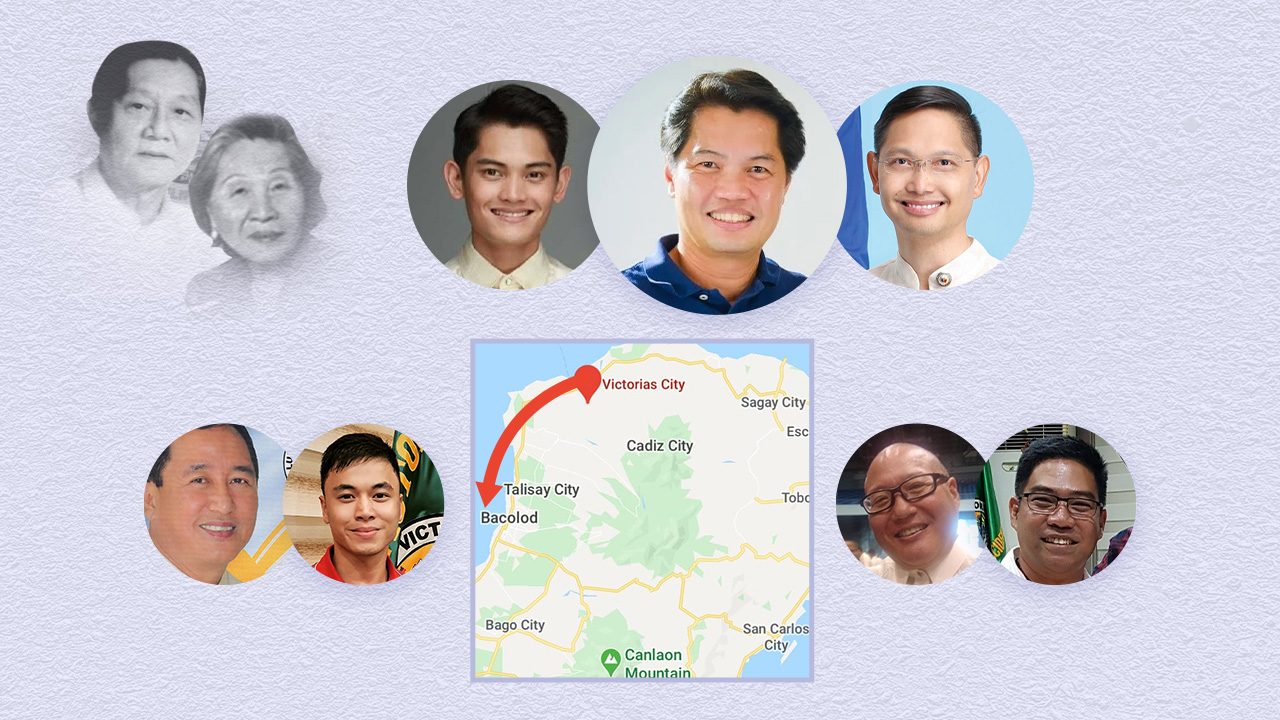 Facebook Twitter Copy URL
Copied
There is a disconnect between Benitez’s dynamic health program and his support for Ferdinand Marcos Jr., who was part of a regime that allowed Negros Occidental’s children to die of malnutrition

BACOLOD CITY, Philippines – In the heart of Sugarlandia, voters in the May 9, 2022 elections face a tough choice.

On one side, there’s Evelio “Bing” Leonardia, Bacolod’s longest-serving mayor, who remains saddled with the trapo (traditional politician) label despite the city winning the Philippine Chamber of Commerce and Industry (PCCI)  most business-friendly award.

On the other, there’s billionaire Alfredo “Albee” Benitez, whose claims to progressive leadership shattered when he endorsed Ferdinand Marcos Jr., the unrepentant, accountability-dodging heir of a dictator.

Both  engage in patronage: big-ticket raffles and concerts masquerading as campaign events from Benitez and, from Leonardia, packed “aid” events that sometimes violate his COVID-19 pandemic managers’ guidelines.

Benitez, former 3rd District representative, heads a family poised to become the province’s dominant fat dynasty – with members simultaneously holding elective posts and passing these among each other.

His brother, Francisco “Kiko” is an unopposed reelectionist for his older brother’s old congress seat. Albee’s son, Javi, an actor, is running for mayor of Victorias City, host to the country’s biggest sugar refinery.

Now Albee is reaching for the crown jewel, highly-urbanized Bacolod.

The city’s political leaders, largely professional in nature, face a historic challenge. The province’s political clans – many with links going back to the Marcos dictatorship – have made this city’s 2022 mayoralty race their business. (READ: Negros Occidental big clans offer ‘soft’ support for Marcos)

It is an agreement that benefits incumbents. The coalition’s overwhelming force discourages serious challengers, freeing resources and energies for handpicked candidates in key battleground areas – like Bacolod.

Benitez’s endorsement of Marcos was a bitter blow to Bacolod residents who initially saw him as the “progressive” alternative to Leonardia.

This city in the 1980s was a regional center of anti-Marcos protests against social inequities and rights abuses targeting sugar workers and their supporters, including clergy and religious workers. 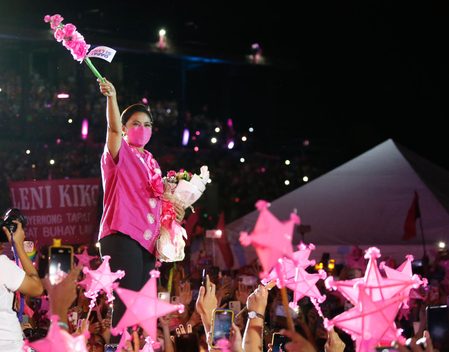 Benitez is the son of Conrado “Jolly” Benitez, Imelda Marcos’ deputy in the ministry of human settlements, and Betty Bantug, who was executive director of the Cultural Center of the Philippines.

Ferrer’s wife, Juliet is the granddaughter of Marcos crony and banker Roberto Benedicto, and daughter of television producer and director Kitchie Benedicto-Paulino.

Many sugar planters backing Robredo and opposing Marcos’ candidacy cannot forgive Benedicto and other cronies who robbed the sugar industry in the guise of protecting producers.

Many hacienda owners were forced to abandon their holdings. Almost 200,000 laborers and their families faced starvation. 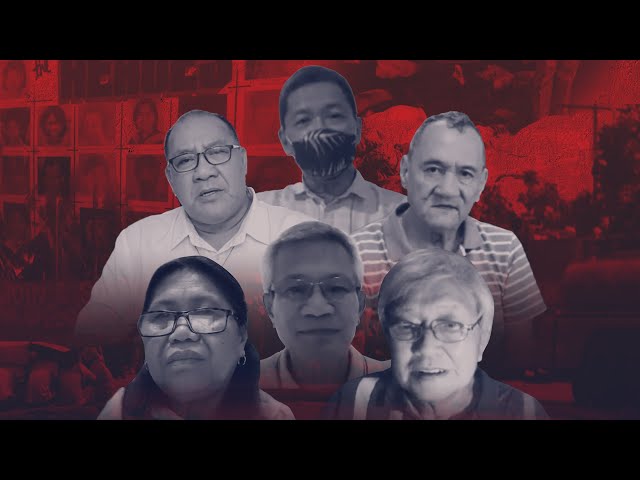 Festering socio-economic woes fueled the growth of the communist insurgency during the Marcos years. A brutal state response made little distinction between armed rebels and legal activists.

Marcos did not subject sugarlands to agrarian reform. Much of the provincial political elite’s reluctance towards Robredo revolves around her lawyering for farmers fighting to own land.

The late president Corazon Aquino included sugar haciendas under her government’s Comprehensive Agrarian Reform Program (CARP) but it remains incomplete in the province, where there is a huge backlog in distribution.

National Federation of Sugar Workers (NFSW) secretary-general Butch Lozande also said the lack of support systems like farm input subsidies has forced as much as 70% of CARP beneficiaries “to lease their lands back to landlords and financiers”.

Alternative modes like stock distribution have likewise led to the re-concentration of land and a return to old power dynamics.

Labor injustice remains prevalent in the sugar industry with many field hands earning less than the legal minimum wage.

The land still remains a main source of conflict and President Rodrigo Duterte’s rule has seen a bloodbath among militant agricultural workers, their lawyers, and rights defenders.

In 2020, Sara Alvarez, a volunteer for human rights group Karapatan, was gunned down in Bacolod City, the province’s 90th victim of what rights groups have called extrajudicial killings.

The COVID-19 pandemic worsened poverty, taking jobs from 900,000 of Negros Occidental’s 1.4-million labor force and sidelining half of the capital’s workers.

When 28 of 30 mayors in the province signed a manifesto in April 2021, urging Benitez to contest the Bacolod mayoralty race, they stressed the need for a more dynamic and collaborative pandemic management plan.

Benitez has served pro bono as the province’s economic consultant since 2019. He tapped his national network to help expand the province’s COVID-19 testing operations in the last quarter of 2021.

He played a key role in establishing the Negros Occidental Comprehensive Health Program, where health cards give residents access to free consultation and full-course treatment medicines, and subsidized in-patient care, on top of PhilHealth benefits.

But there is a disconnect between Benitez’s dynamic health program and his support for Marcos, who was part of a regime that allowed Negros Occidental’s children to die of malnutrition while cronies grew fat from corrupt trading monopolies and usurious crop loans.

Albee’s political debut placed him at the top tier of local elective office. After his third term in Congress, brother Kiko took over his post, running unopposed.

The candidacy of his son, Javi, a political neophyte, shoved aside incumbent Vice Mayor Jerry “Didi” Jover who had backed Kiko’s candidacy and was part of the Benitezes’ Asenso (Progress) team in the 2019 elections.

The Bantug/Palanca/Benitez families have ruled Victorias for three decades.

Mayor Palanca is now the second nominee of the Abang Lingkod partylist, which claims to represent the interests of peasant farmers and fisherfolk.

The clan’s dominance started when Severo Palanca became mayor in 1992. After Severo completed three terms, sister Remedios, Albee’s grandmother, warmed his seat from 2001 to 2004 as he slid down to vice mayor.

Severo returned as mayor after that break, staying put for three terms with his deputy, now the incumbent mayor, until retiring at age 80.

Albee helped draft and shepherd what is now the Sugarcane Industry Development Act, which aims to improve the competitiveness of an industry that employs 700,000 Filipinos and provides P70 billion annually to the national coffers.

Albee’s gambling and entertainment conglomerates and expanded holdings in mass media have been used to great effect in his campaign – slick livestreams, full-blown concerts.

Leonardia frames 2022 as a battle between tumandok (natives) and pangayaw (outsiders), an obvious reference to Albee’s 3rd District stint.

The challenger only changed official residence in April 2021 but the billionaire is blood kin to the Palanca family that owns Bacolod City’s sprawling reclamation complex.

With Sammy’s death in 2021, the clan needs to bolster support within the city government to stave off competition.

It is interesting that incumbent lone district representative Greg Gasataya’s challenger, Dan Atayde of Grupo Progreso, is a consultant of Bredco.

There is talk of some distance between the younger Palancas and the Benitez brothers, who were not openly involved in Bredco’s development,  but Albee has backed the company against any threat.

Power and the purse

But his political ambitions can’t be separated from his business empire and that of the Palancas, with their 250-hectare reclaimed area, and a joint venture with the Philippine Reclamation Authority (PRA) and Bacolod City to develop 108 hectares for commercial and industrial use.

Albee had filed a bill for the construction of a 36-kilometer coastal road linking Bacolod to the northern cities of Talisay, Silay, and Victorias, and E.B. Magalona town.

Bredco is eyeing a 2,000-hectare reclamation project in Talisay through a Public-Private Partnership (PPP).

Bredco president John Palanca Alonte has mentioned Lucio Co as a strategic partner and investor. But the Bacolod firm’s development vision is in keeping with Albee’s dream of seeing the city as the Visayas’ technological leader.

It has nine subsidiaries, including one that deals in junkets of high players and one that specializes in leisure realty development.

The conglomerate could reap a bonanza as the local partner of Macau’s Galaxy Entertainment Group in Boracay island. Duterte had earlier thumbed down casinos on the island but then turned around in 2021 to greenlight the casino project. (READ: Duterte allows casino to operate in Boracay to augment gov’t funds)

Big-ticket projects need years of gestation before launching. A chief executive position, say for three terms, will cement the foundations of an expanding business empire. – Rappler.com