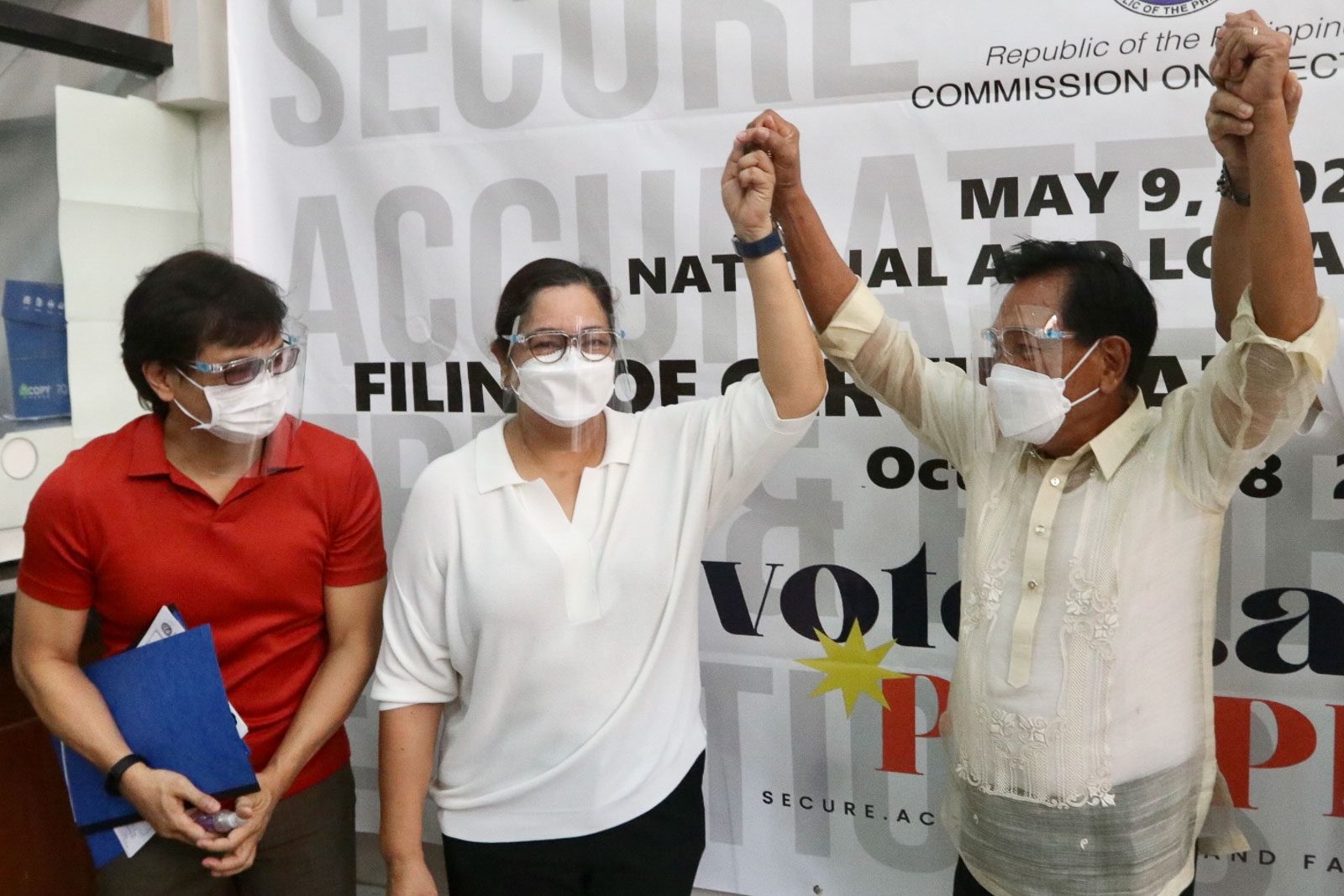 ABALOS. Mandaluyong City Mayor Menchie Abalos with his husband MMDA Chair Benhur Abalos (left) and father-in-law Benjamin Abalos, files her COC for the May local elections at the Comelec Mandaluyong office on October 6, 2021.

MANILA, Philippines – The Abalos and Gonzales dynasties of Mandaluyong maintained their decades-long hold on the city in the 2022 elections, according to partial and unofficial results from the Commission on Elections’ (Comelec) transparency server as of Tuesday, May 10, at 6:17 am. The results represent 99.38% of election returns.

Abalos Sr. ran under the PDP-Laban banner, with his daughter-in-law Carmelita “Menchie” Abalos as his running mate. Menchie is the incumbent Mandaluyong mayor and Benhur’s wife.

Gonzales has been maxing out his terms as congressman as early as 1995. The only years he had not been congressman since then was 2004 to 2007, when he swapped seats with Abalos Jr. for the mayorship, and in 2016 to 2019 when his wife Alexandria Gonzales kept his seat in Congress warm for him.

The Abalos couple and their father had been occupying the mayorship since 1995 as well, save for the time Gonzales filled in in 2004.

#PHVote Guides: Why can politicians run for reelection despite term limits? 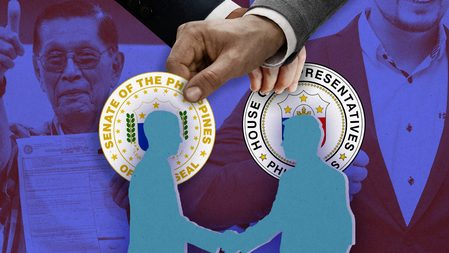 Menchie finishes her second consecutive term in June. She originally planned to max out the three-term limit, but Abalos Sr. decided to run again after his wife Corazon died in January 2021.

He said he sought to fulfill a “promise” to her in taking another shot at politics.

Meanwhile, former senator and dictator's son Ferdinand Marcos Jr. won the presidential race in the city with 100,997 votes from the 232,492 registered voters in the city.