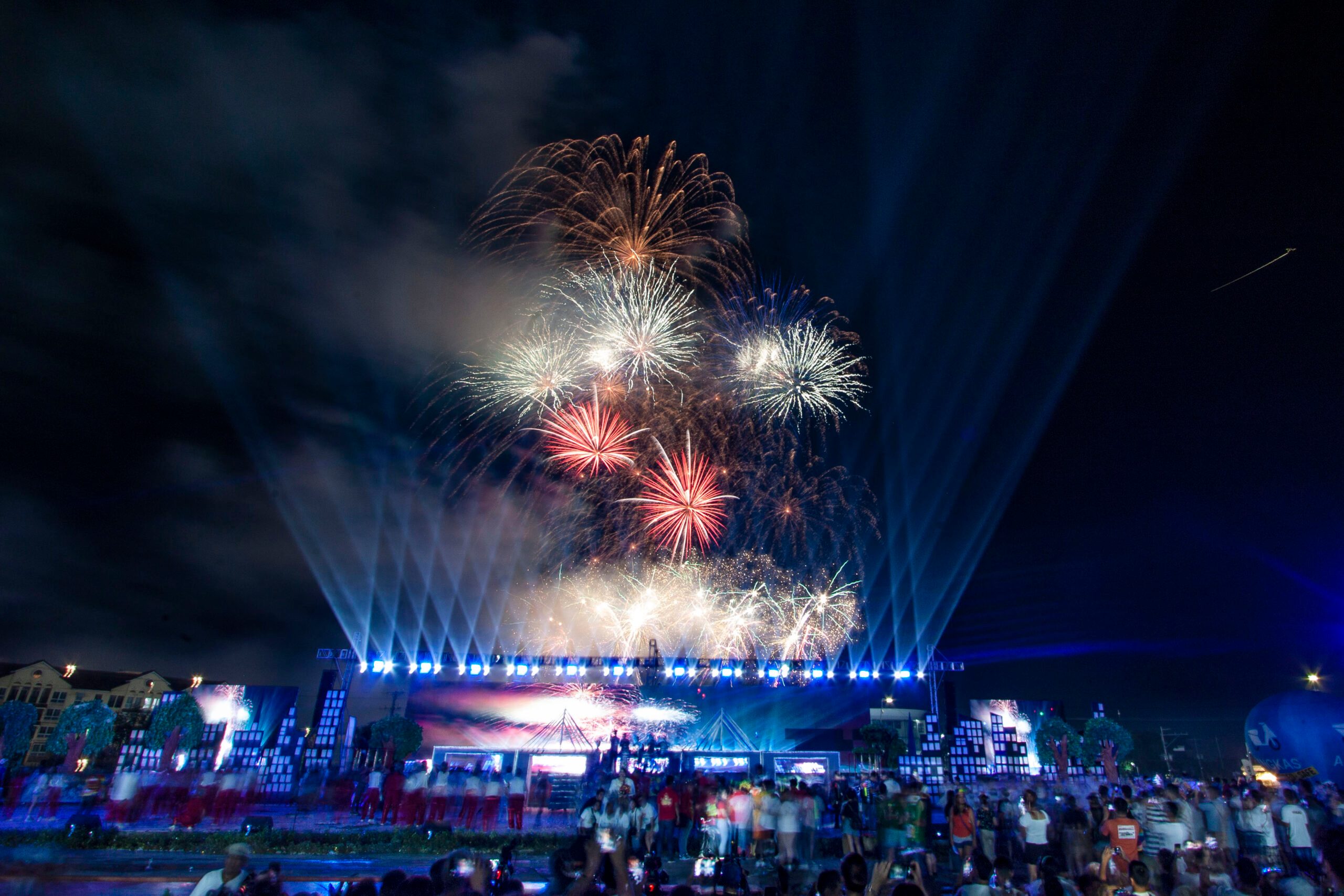 FIREWORKS. FIREWORKS. A 15-minute display lights up the night sky above the crowd during the final night of the Sinulog 2023 at the SRP World Tent City in City di Mare on January 15.

Facebook Twitter Copy URL
Copied
Devotees, performers, and tourists battled through intense heat from the city center to the venue at the SRP World Tent City in City di Mare

CEBU, Philippines – The Sinulog 2023 festival at the South Road Properties (SRP) had to go through a myriad of problems and controversies before ending with a spectacular grand finale on Sunday, January 15.

From preparation until the finish line, Cebu City Mayor Mike Rama stood pat: “One Cebu Island Sinulog 2023 will be at the SRP”.

He remained firm even as Cebu Governor Gwendolyn, and residents pointed out that traffic issues, the lack of usable facilities, and the muddy terrain could worsen with rain.

This is the first time the Sinulog Festival, done in honor of the Senior Santo Niño, was held at the SRP.

In previous years, the Cebu City Sports Center hosted the Sinulog, drawing millions of people to the streets of the Visayas Queen City.

The change in venue was followed by a ban on street parties that are a normal occurrence during the fiesta celebration.

In past festivities, Osmeña Boulevard, the major thoroughfare in Cebu City, would be full of people as early as 7 am.

That did not happen this year.

Many Cebuanos felt almost like they were left in the dark, in suspense until the end of the celebration when P3-million-worth of fireworks lit up the sky and winners of the Sinulog Idol singing competition serenaded them. 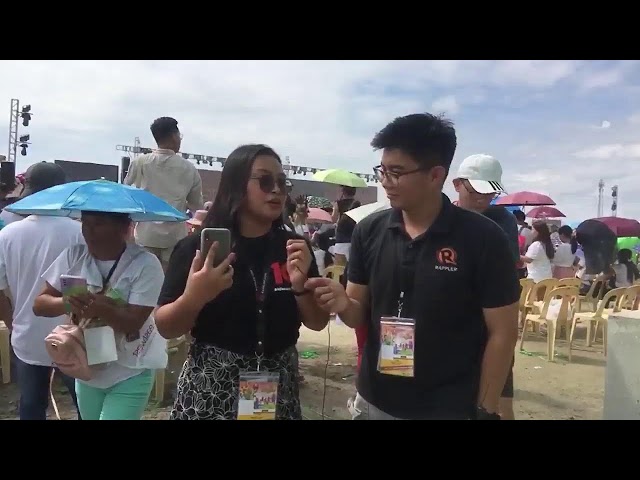 In true Sinulog fashion, devotees, performers, and tourists battled through intense heat from the city center to the SRP World Tent City in City di Mare.

The Cebu City government said there would be free bus rides from Plaza Independencia to the SM Seaside Cebu.

However, attendees, even senior citizens, still needed to walk the length of 2,000 meters along the Cebu South Coastal Road (CSCR) from the drop-off point to City di Mare.

Many attendees found that while the area was wide enough for large crowds, there weren’t enough restrooms nor enough tents for those seeking to be shielded from the sun.

THE dancing contingents were not spared the blazing weather conditions as they performed their ritual festival dances. A total of 16 contingents competed in the Ritual Dance Showdown which had a Street Dance Category, and all their participants gave 100% despite the risk to their health.

Officials assured residents that there would be ambulances and first-aiders standing by to assist attendees. Over 2,000 security personnel were deployed for Sinulog day.

“You know, hosting the event first in SRP, you cannot really perfect the whole system…In fact, the traffic was also bad but at least at the end of the day, there is always room for improvement,” Cebu City Councilor Jerry Guardo, head of the committee on infrastructure that assisted the Sinulog 2023 executive committee, told Rappler.

At around 11 am, heavy traffic buildup was reported along Mabini Street in downtown Cebu City. This consisted of motorcycles and cars traveling to Basilica Minore del Santo Niño de Cebu and the SRP.

At the end of the day, Rama believes that “Senior Santo Niño has really done it”.

More than 40 booths were able to operate at the newly established SRP World Tent City and tickets for the event were half the original rates back in 2020 , when prices started at P1,000.

Many attendees were also able to take their pictures with celebrities like Jericho Rosales, Richard Gutierrez, Sue Ramirez, and more. There were also higantes (parade giants) and puppeteers that followed 40 floats during the grand parade.

In the evening, as people waited patiently for the announcement of the Sinulog Festival Ritual Showdown winners a 15-minute fireworks display brought back memories of the previous Sinulog celebration in 2020.

At around 9 pm, the winners of the ritual showdown competition were announced. Omega de Salonera of Surigao del Norte bagged P1,000,000 for winning Best in Ritual Showdown (Free Interpretation).

“We have to embrace the change because the new thing is now in SRP and by next year, we will continue to hold the activity here,” Cebu City Councilor Phillip Zafra, chairman of the Sinulog 2023 executive committee, told Rappler.

Watch the Rappler Recap of the event by Visayas Correspondent John Sitchon. 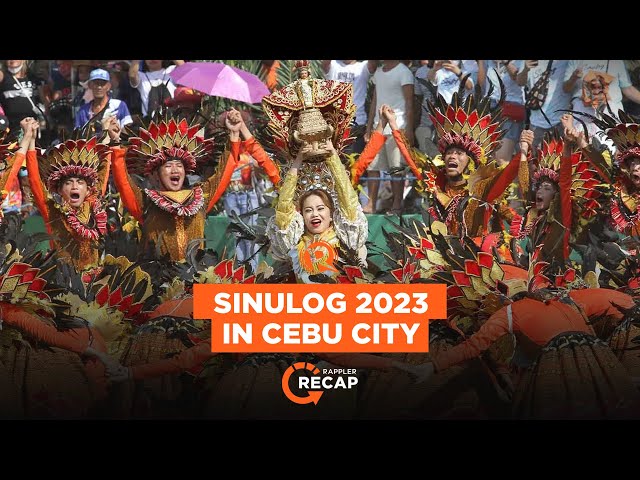 You can also watch highlights from the celebration here. 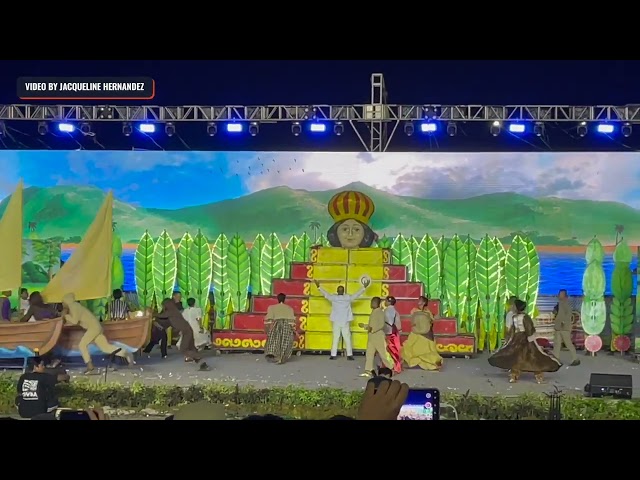