Facebook Twitter Copy URL
Copied
Some political observers believe the federalism push will not be a top priority of the incoming Marcos Jr. administration

MANILA, Philippines – President Rodrigo Duterte is leaving Malacañang with federalism still what it was when he ran for the country’s top post in 2016: a campaign buzzword that failed to see the light of day.

Multiple analysts whom Rappler spoke to believe Duterte’s promised grand shift to a new system of government faces a less upbeat outlook at the hands of Ferdinand Marcos Jr., the incoming president.

“It was not part of Marcos’ campaign, I don’t think there will be a strong policy voice for it,” said Dr. Francisco Magno, founding director of La Salle Institute of Governance.

“He ran under Partido Federal, but, really, he never mentioned federalism as opposed to the party he ran under,” University of the Philippines Diliman professor and former political science department chairperson Dr. Maria Ela Atienza said.

On paper, Duterte started his six-year term with everything going in his favor: an overwhelming mandate from voters, life-long federalism advocates on his side, and a “supermajority” of allies in Congress.

But all of these combined were not enough that he had to abandon the promise halfway through his term. 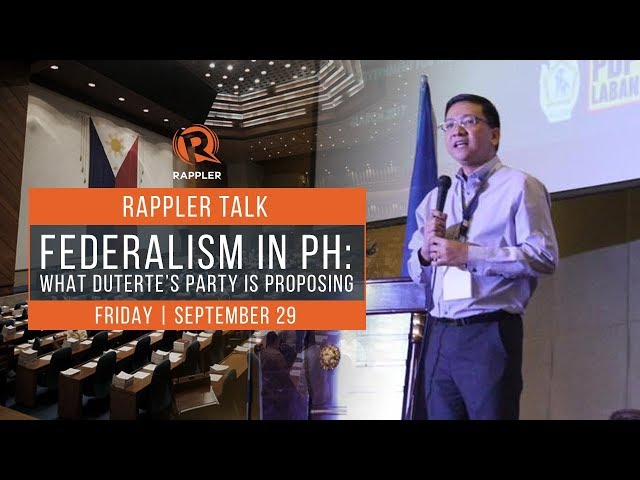 Duterte unofficially started his campaign in 2015 by going around the country in the guise of a “listening tour,” wherein he talked about his supposed federalism advocacy. But when he assumed office, jumpstarting this agenda did not happen at lightning speed.

“It was very slow,” UP’s Atienza said on June 9. “It took him more than a year to appoint people to the consultative committee.”

Atienza was referring to the consultative body that Duterte tasked through an executive order issued in December 2016 to review the 1987 Constitution. But he only selected people to form the Con-Com 13 months later, in January 2018.

It was a no-nonsense list composed of political veterans, academicians, and legal luminaries, headed by former chief justice Reynato Puno. By July, a draft had been submitted to the 17th Congress, where the proposal encountered several controversial revisions. 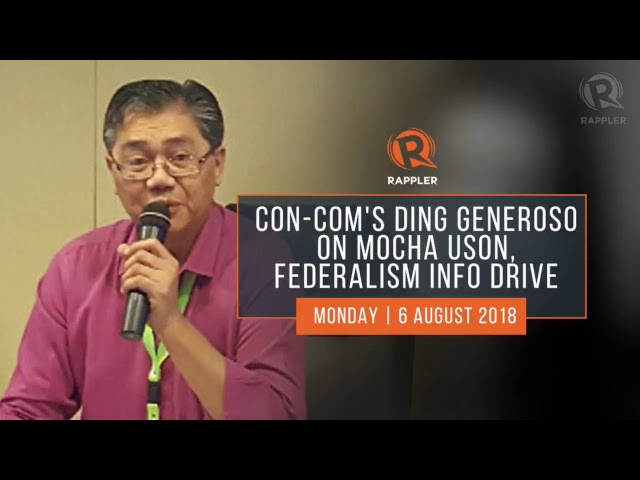 For one, with political families deeply ingrained in Congress, the push for an anti-dynasty provision made the draft federal constitution dead in the water.

“The group of former chief justice Puno did not want to compromise. So either they don’t have the anti-dynasty provision or we don’t proceed with federalism. It’s the call of Congress because they have the power,” La Salle’s Magno said on June 10. “The [lawmakers] did not want the provision, so they sat on the proposal.”

“I think that was good debate because federalism can strengthen political dynasties, because there would be concentration of power at the local level. Too bad that debate did not continue,” she told Rappler on June 15.

Another issue was how the Philippines would be divided into federated regions. The Con-Com set 17 regions plus Metro Manila, while the draft constitution by then-House speaker Gloria Macapagal-Arroyo did not set a number.

“[The issues range] from the technical to the political, like Mindanao, for example. Obviously, there’s a sense of being Mindanaoan, so you can federate Mindanao. But is there a sense of being Luzonian? I don’t really think they had a plan for these ramifications, so shifting to another system is more complicated than it seems,” Abao said. “It’s not [as simple as] the rhetoric, ‘We don’t like people from Manila.’”

“There was no constituency, even among Duterte’s allies, his supermajority in Congress, to support the draft constitution. Even the league of local governments were not speaking in one voice,” Atienza added.

“Duterte didn’t have enough political capital anymore because it’s already midterm elections. His political allies were already gearing for the succeeding elections, 2019 and 2022. I suppose, in a way, he could not exert his own pressure anymore, shift to federalism,” Magno said. “There was not enough political will.”

Surveys also showed unimpressive support for – and even awareness of – federalism among the Filipino public.

“If people are not aware what is in the current Constitution, now we are under a unitary system, how can they understand the need to shift to federalism?” Atienza asked. “There is a problem in information dissemination, maybe consistent with the style of President Duterte. Everything was top-down.”

The expensive cost of changing the country’s system of government, coupled with the COVID-19 pandemic, virtually killed any hopes left to revive the federalism agenda.

“My government sought to broaden democratic participation through federalism, but my constitutional project did not get Congress support. So be it. I respect the separation of powers vital for democracy,” Duterte admitted in December 2021.

It remains to be seen whether Marcos Jr. would embrace the same federalism rhetoric that Duterte embodied, although such a proposal was absent from his campaign sorties when he was running.

But Robin Padilla, the topnotcher of the senatorial race and a member of his Uniteam slate, is the most vocal proponent of charter change. He is poised to chair the Senate panel on constitutional amendments once the 19th Congress convenes.

“It just leaves me thinking, are they serious about federalism or not?” Abao said. “There’s going to be a learning curve for [Padilla] in terms of legislation.”

“I think it will not be a strong policy concept or policy proposal during the incoming administration,” Magno predicted.

For political observers, what the public should monitor are the continuation of some of the most notable reforms of the Duterte administration to empower local government units, such as the creation of the Bangsamoro Autonomous Region in Muslim Mindanao.

“What we have to watch out for really is make sure the transition in BARMM would be supported because, in a way, that is where we see federalism happening,” Magno said. 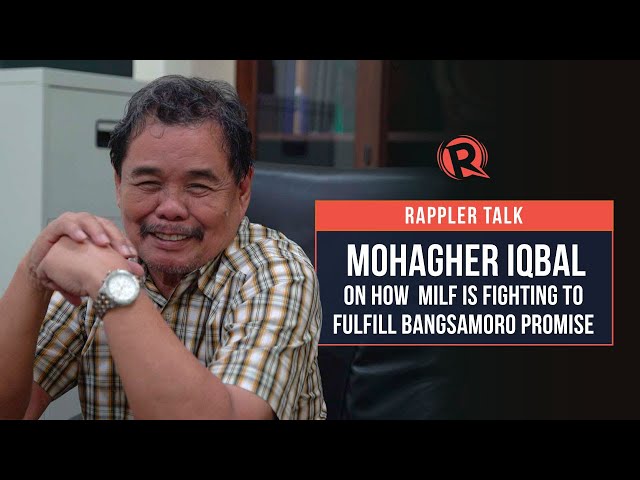 How local governments would be affected by the full implementation of the Supreme Court’s Mandanas ruling, which essentially gives LGUs bigger budgets due to an increase in their internal revenue allotment, is also something to watch out for, analysts said.

Similar to other sectors, Marcos’ agenda on local government units remains murky at this point.

“There will be a lot of funds for the poorer cities. The question is, how are they going to utilize these funds? It can also be a potential problem,” Abao said. “The Mandanas ruling is scary. It could be a way for political families to further entrench themselves.” – Rappler.com