Marcial-Khyzhniak could turn into an Olympic boxing classic 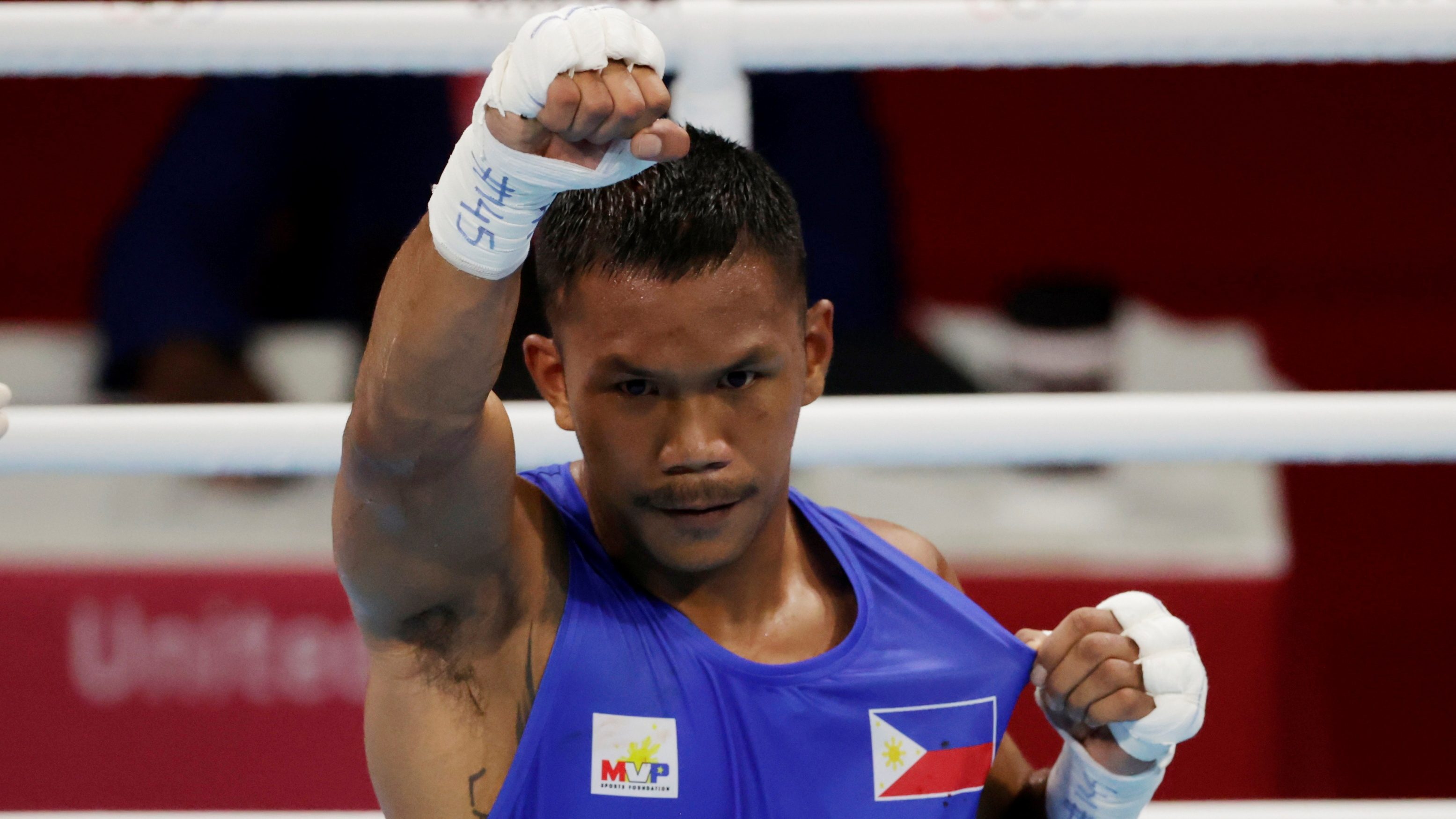 When the Philippines’ Eumir Marcial faces Oleksandr Khyzhniak of Ukraine in the Tokyo Olympics men’s middleweight semifinal, boxing fans could be in for a real treat.

Not only do they possess concussive knockout power, they’re also two of the most skilled amateur middleweight boxers in the world.

Both former world junior champions, Marcial and Khyzhniak fight for a berth in the gold-medal round at 2:04 pm on Thursday, August 5, Philippine time.

The last time Khyzhniak tasted defeat was on June 2016 when the then 20-year-old Ukrainian lost to two-time Olympian Mikhail Dauhaliavets of Belarus.

Since then, Khyzhniak has not lost in over five years, amassing a mind-boggling streak of 61 straight wins. These include two victories thus far in this year’s Tokyo Olympic Games – a 5-0 drubbing of Yuito Morikawa of Japan in the round of 16, and a 4-1 decision over Euri Cedeno Martinez of the Dominican Republic.

In the five years that he has gone undefeated, he emerged champion of the 2017 European Championships and the 2019 European Games. When he won the AIBA World Championship in 2017, he was named the Best Boxer of the Tournament.

Among the highly rated boxers he has defeated in accumulating his win streak were recent Marcial victim Arman Darchinyan of Armenia, world No. 4 Hebert Conceicao Sousa of Brazil, Asian Games and world championship silver medalist Abilkhan Amankul of Kazakhstan, current AIBA world No. 1 Gleb Bakshi of Russia, and Marcial.

The Fight Site named Khyzhniak as the world’s best amateur middleweight going into this year’s games in Tokyo. Second on their list is Marcial. They also had Khyzniak tied with Cuban lightweight Andy Cruz as the consensus best pound for pound amateur boxers in the world.

Khyzhniak has been tipped by the Associated Press as the probable silver finalist of the Tokyo Olympics.

The same Associated Press also picked Marcial as their choice to win the gold in the middleweight division of the Olympics.

Marcial has been on a tear in Tokyo and has undoubtedly sent a strong message to the entire field.

There have been only three bouts until the quarterfinals that have not gone the distance in the middleweight division. Two of these stoppages were courtesy of Marcial who has scored first-round victories over Younes Nemouchi of Algeria and Darchiyan. Khyzhniak and Marcial, both born in 1995, already fought each other in the past. This was in the semifinals of 2019 Strandja Cup in Bulgaria, the oldest international amateur competition in Europe.

In that bout, Khyzhniak scored a standing eight count and dominated Marcial who was fighting despite injuries to his left shoulder and knuckles.

Khyzhniak will discover that this is a different Marcial from two years ago. The Zamboanga native has become more polished and now has in his arsenal a variety of ways to hurt opponents.

Similar to Darchinyan, Khyzhniak often tries to bore his way inside and apply constant pressure. Khyzhniak, however, is more skilled than Darchinyan and has a granite chin.

Marcial is not the type to back down from a challenge. Expect him to engage Khyzhniak in close-quarter combat.

But Marcial has also shown he has developed a stiff jab that keeps opponents at bay and sets up his vaunted right hook. Look for him to lay traps by staying on the ropes at certain stages of the round to bait Khyzhniak to open up his defense.

This middleweight semifinal encounter is bound to be explosive. Both fighters will be unloading heavy bombs, and the one who can absorb more punishment and dish out quicker will be moving to the finals. This one could just turn out to be an instant classic. – Rappler.com