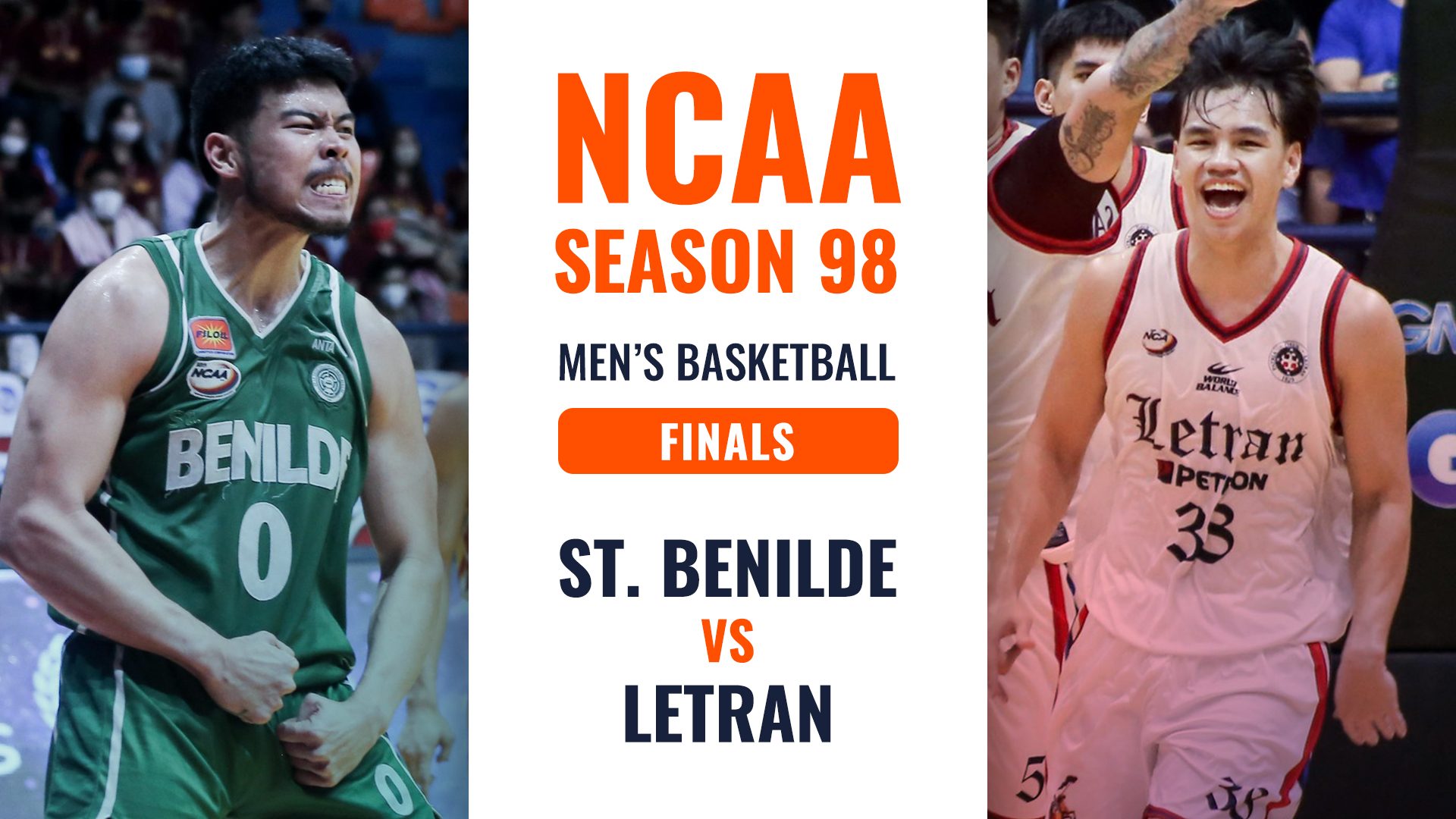 College of St. Benilde (CSB) foiled Letran’s sweep bid as the Blazers pulled off a thrilling 76-71 escape against the Knights to forge a winner-take-all for the NCAA men’s basketball championship.

Newly crowned MVP Will Gozum buried the go-ahead layup, 73-71, before Migs Oczon nailed a clutch jumper to cushion the Blazers’ lead in the closing seconds of Game 2.

The reigning champion Knights absorbed a big blow early with the ejection of star guard Fran Yu in the second quarter. The disqualification foul means Yu needs to serve an automatic one-game suspension in the deciding Game 3 next Sunday.

After grinding out an 81-75 Game 1 victory, the three-peat seeking Letran Knights will go for the kill when they collide with the CSB Blazers anew in Game 2 of the NCAA Season 98 men’s basketball finals on Sunday, December 11.

Led by big man Louie Sangalang, who dropped a monster double-double of 24 points and 10 rebounds, the two-time defending champion Knights were simply too much for the Blazers down the stretch of their chippy Game 1 showdown as they moved on the cusp of their third straight crown.

Expect the Knights, who will miss the services of Kobe Monje and Kyle Tolentino in Game 2 due to suspensions, to rely once again on Sangalang, not only on the offensive end, but also in containing CSB star center Will Gozum.

Also count on Fran Yu, King Caralipio, Brent Paraiso, and Kurt Reyson to deliver their usual numbers for Letran in this highly anticipated Game 2 matchup as it tries to capture its first three-peat in school history since 1984.

On the other side, the Blazers will need Gozum, who also had a double-double of 18 points and 11 rebounds in the series opener, to lay it all on the line and show why he is the presumptive NCAA Season 98 MVP as they aim to bounce back and drag the Knights to a rubber match.

With the status of their third-leading scorer Miguel Oczon still up in the air due to the ankle injury he sustained early in Game 1, other CSB players such as Miggy Corteza, Mark Sangco, James Pasturan, and JC Cullar, among others, must also step up big and help Gozum carry the scoring load in this win-or-go home affair for the Blazers.