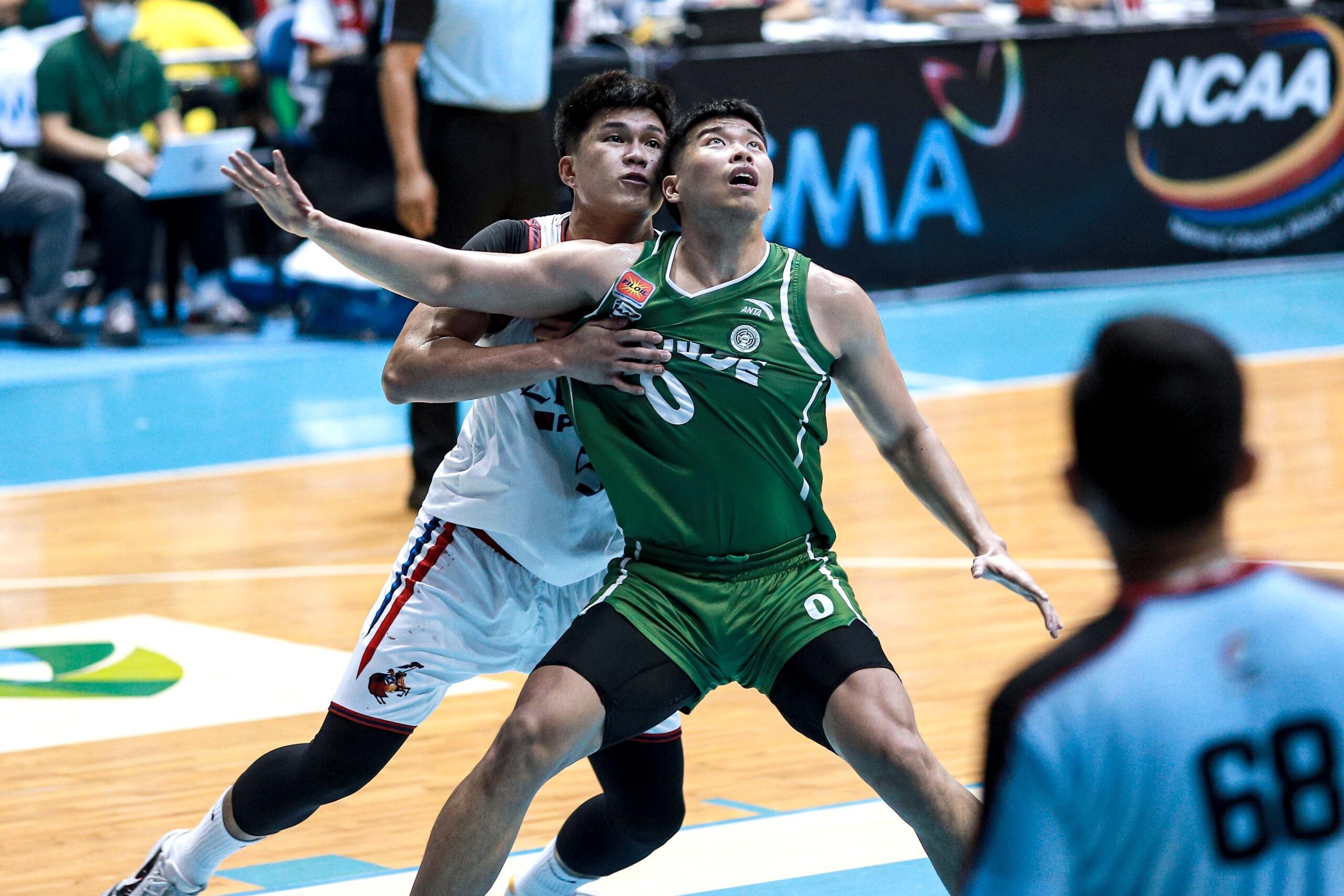 CLUTCH. MVP Will Gozum plays hero again down the stretch for the CSB Blazers.

MANILA, Philippines – The CSB Blazers lived to fight another day after grinding out a nail-biting 76-71 victory over the Letran Knights in Game 2 of their best-of-three finals series in the NCAA Season 98 men’s basketball tournament on Sunday, December 11 at the Smart Araneta Coliseum.

After trailing by as many as 14 points late in the second period, the Blazers, led by Miggy Corteza and newly crowned Season 98 MVP Will Gozum, turned things around and rode on a huge second-half rally to drag the three-peat seeking Knights to a rubber match next Sunday, December 18.

Corteza sparked CSB’s 30-14 pivotal third-quarter surge as he dropped 14 of his 21 points in that frame alone. He also registered 10 rebounds and 4 assists, while Gozum recorded a very similar stat line of 21 markers, 10 boards, and 3 blocks.

Meanwhile, Miguel Oczon, who was doubtful heading into Game 2 due to an ankle injury he sustained in the early goings of the series opener, showed no signs of discomfort and stepped up big time with 15 points on an efficient 4-of-6 shooting from deep, on top of 7 rebounds.

With the score knotted at 71-apiece, thanks to a wide-open layup by Letran’s Mythical Five member King Caralipio after a scramble play, Gozum responded with a strong left-hand layup to give CSB a two-point cushion with 55 seconds left.

Louie Sangalang, the hero in Letran’s Game 1 win, had a chance to tie the game at 73-all in the following possession, but his trademark hook shot over Gozum failed to hit the mark.

Oczon then took it upon himself and delivered a cold-blooded turnaround jumper over the outstretched arm of Letran’s Brent Paraiso with only 20 seconds remaining to seal the deal for CSB.

Paraiso led Letran in the scoring department with 16 points, to go along with 7 rebounds, while Sangalang and Kurt Reyson added 11 markers each.

The Knights, who played without Kobe Monje and Kyle Tolentino due to suspensions, also badly missed the services of their top point guard Fran Yu in the second half after he got whistled for a disqualifying foul for throwing an elbow at CSB’s Mark Sangco midway through the second frame.

The ejection marks the end of Yu’s collegiate career as he will be suspended for the highly anticipated do-or-die Game 3 at the Ynares Center in Antipolo.