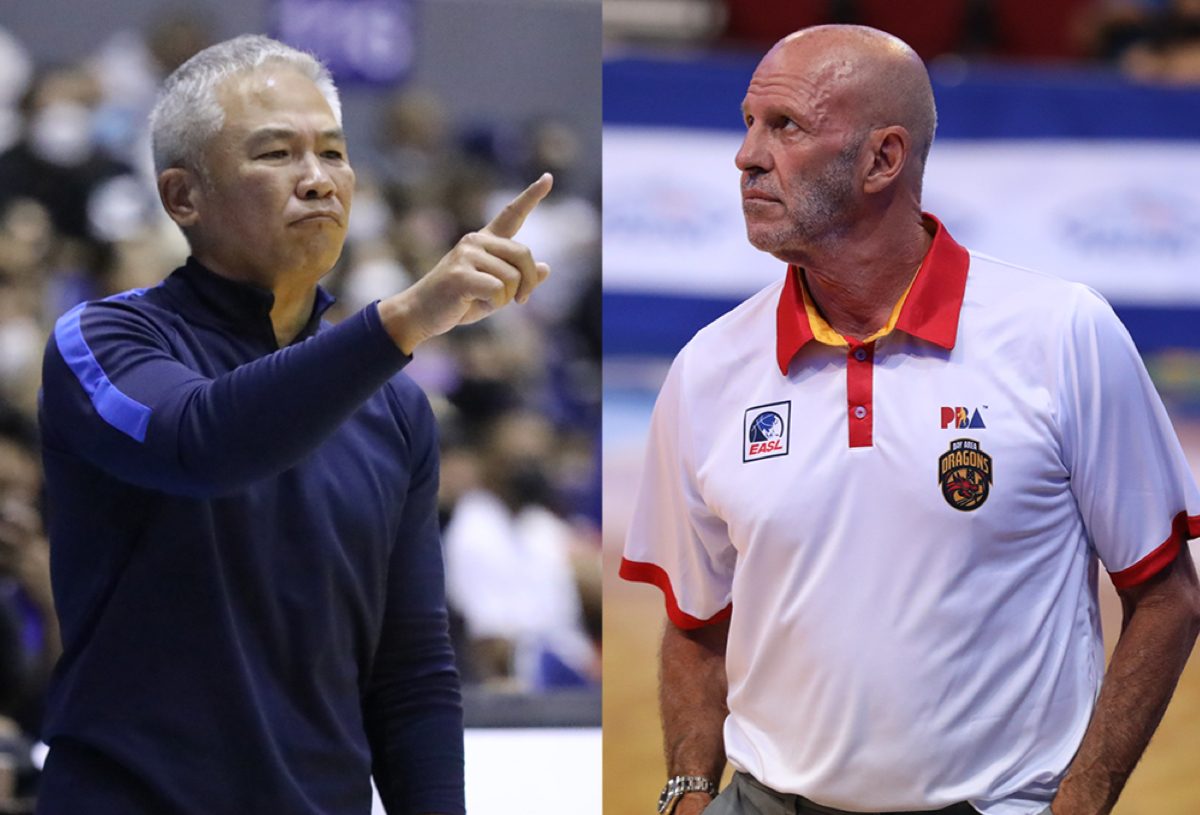 FRIENDS. Having known each other for two decades, Chot Reyes (left) and Brian Goorjian get reacquainted in the PBA.

MANILA, Philippines – From one national team coach to another.

Bay Area head coach Brian Goorjian praised Chot Reyes for his balancing act as he continues to juggle his role as chief tactician of both TNT and Gilas Pilipinas.

Goorjian, who also calls the shots for the Australia Boomers, said Reyes has done an “amazing job” with the national team in the FIBA World Cup Asian Qualifiers despite his commitment to his PBA club.

“I’m with the Australian national team [but] I’m not coaching the window games. He has been traveling everywhere coaching Gilas and also coming back and doing this,” said Goorjian, whose post is currently filled by Michael Kelly.

“I’ve just been this and I’ve had a coach take that side. So full respect to him.”

Having known each other for two decades, Goorjian and Reyes got reacquainted on Wednesday, November 23, as the Dragons dealt the Tropang Giga a 140-108 romp to clinch a twice-to-beat bonus in the quarterfinals.

After the game, Goorjian asked Reyes to meet outside the PBA setting.

“I have a respect for his basketball brain and I said we’ve got a little break here, maybe we can get together and have a meal and break bread,” said Goorjian.

“What he has seen in the region, what he sees coming, I just want to get some thoughts from him and share some ideas.”

Reyes said he and Goorjian go way back.

“We promised to get together and have dinner afterwards. We’ve been friends for a long, long time.” – Rappler.com