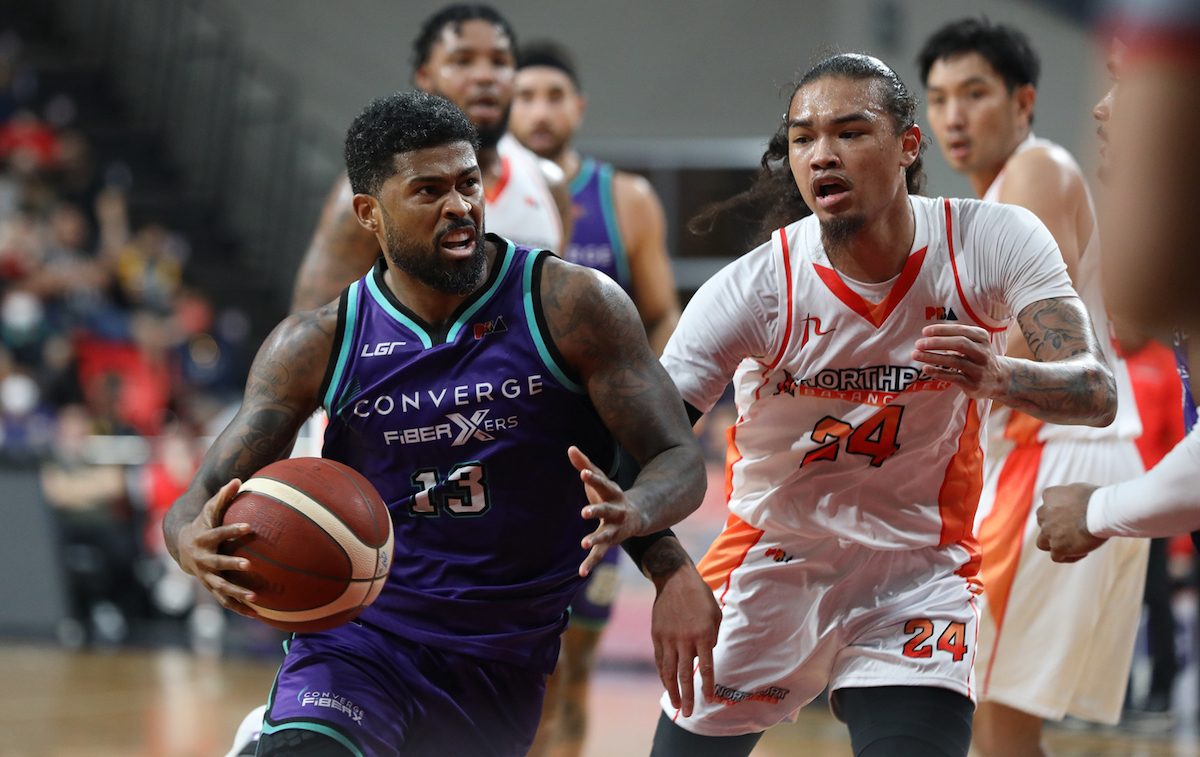 LOPSIDED. Maverick Ahanmisi and Converge cruise to a 30-point win against NorthPort.

MANILA, Philippines – Converge opened its PBA Governors’ Cup campaign in style and coasted to a 122-92 romp of a NorthPort side missing its best local player at the PhilSports Arena on Sunday, January 22.

Impressing off the bench, Maverick Ahanmisi churned out all-around numbers of 29 points, 9 assists, and 6 rebounds as the FiberXers capitalized on the absence of Batang Pier star Robert Bolick, who sat out with a hamstring injury.

Ahanmisi set the tone in the lopsided victory, scattering 17 points in the first half to help Converge mount a sizable 66-46 halftime lead that proved too big for NorthPort to overcome.

New Zealand import Ethan Rusbatch finished with 17 points and 9 rebounds as he served as the FiberXers’ glue guy, with five more locals scoring in double figures.

Jeron Teng chalked up 16 points, 9 rebounds, and 4 assists, Abu Tratter put up 13 points and 6 rebounds, while David Murrell and Taylor Browne added 12 and 11 points, respectively, in the rout.

Converge newcomer Jerrick Balanza punished his former team to the tune of 13 points and 4 assists in his first game since he got traded for Allyn Bulanadi.

Import Marcus Weathers carried the scoring load for the Batang Pier with 37 points on top of 12 rebounds and 3 steals, but his stellar numbers went for naught as NorthPort fell apart after a neck-and-neck opening quarter.

The Batang Pier trailed by just a point at the end of the first period, 25-26, before Ahanmisi dropped 11 points in the FiberXers’ 40-point explosion that opened a 20-point hole.

Arvin Tolentino and JM Calma were the only other NorthPort players in twin digits with 12 and 10 points, respectively.

It was a disappointing debut for Bonnie Tan as interim coach of NorthPort after he switched roles with Pido Jarencio, who now serves as team manager.