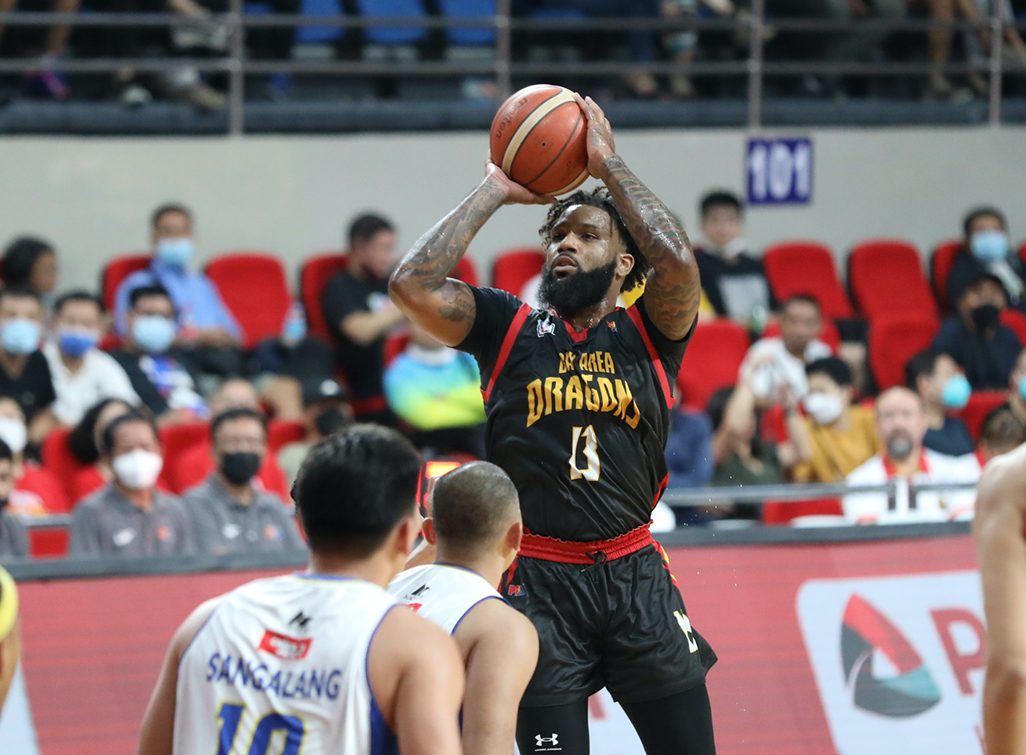 TOP-TIER GUARD. Myles Powell has become an instant crowd favorite in the PBA as he continues to put up big numbers for Bay Area.

MANILA, Philippines – The possibility of being a naturalized Filipino and playing for Gilas Pilipinas has piqued the interest of Bay Area star Myles Powell.

Like Converge reinforcement Quincy Miller, Powell is considering the prospect of playing for the national team after learning that Barangay Ginebra mainstay Justin Brownlee hurdled the first step of his naturalization process.

Brownlee is set to become the first PBA import to be a naturalized Filipino as the Samahang Basketbol ng Pilipinas (SBP) eyes him to reinforce Gilas Pilipinas for the final window of the FIBA World Cup Asian Qualifiers in February.

“Me and Quincy were just talking about it off the court. We just saw Brownlee get cleared for that,” Powell said on Saturday, November 19, after their 95-89 win over erstwhile top seed Magnolia.

“Me being out here, not knowing how long I might be out here, so it was just, you know, talks, and whatever happens, happens.”

The former NBA player has become an instant crowd favorite as he continues to put up big numbers in the Commissioner’s Cup for the guest team Dragons.

Unbeaten in seven PBA appearances, Powell is averaging 37.3 points, 8.7 rebounds, and 2.1 steals to push Bay Area to the top of the standings with a 9-2 record.

The high-scoring guard first expressed his desire to be a naturalization candidate in a reply to a Twitter post urging the SBP to have Miller naturalized.

But Powell said he is focused on the task at hand, which is to lead the Dragons to the top.

“I want to win a championship in the PBA,” Powell said.

Also, Bay Area coach Brian Goorjian – who also calls the shots for the Australia Boomers – jokingly objected to the idea of Powell representing the Philippines.

“I’m the Australian national coach. I don’t want that to happen,” Goorjian said with a smile. “Philippines is tough enough, I don’t need Myles going against me as well. Let’s hold on that until I turn 75.” – Rappler.com