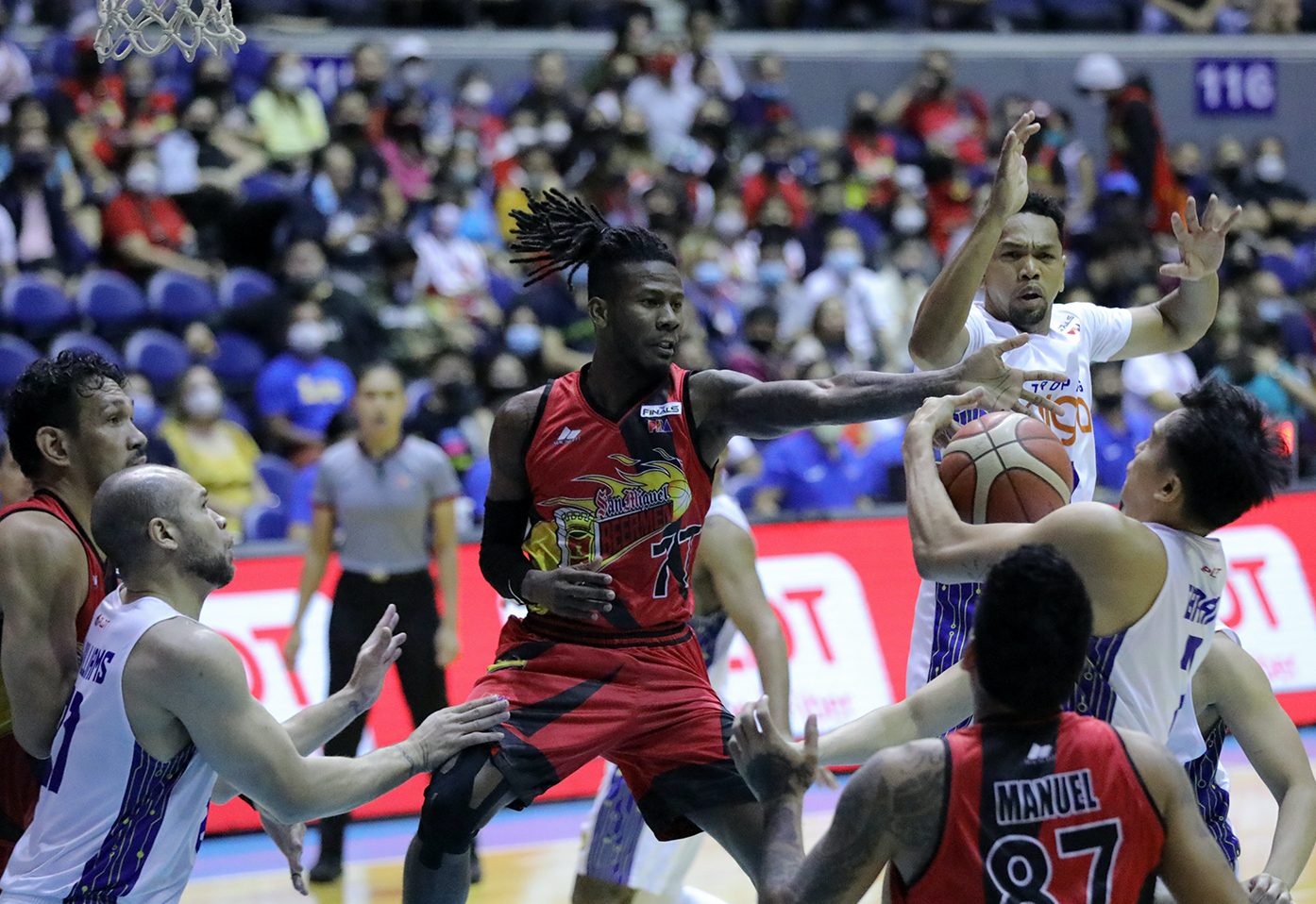 BABY BEAST. CJ Perez shows the way for San Miguel in scoring in the do-or-die Game 7.

MANILA, Philippines – San Miguel has reclaimed its place atop the PBA summit.

The Beermen ended their three-year title drought by dethroning the TNT Tropang Giga with a dominant 119-97 win in the do-or-die Game 7 of the Philippine Cup finals at the Araneta Coliseum on Sunday, September 4.

CJ Perez and Final MVP June Mar Fajardo showed the way as San Miguel banked on a blistering 35-5 start in the fourth quarter to capture a record-extending 28th PBA championship and regain its status as the best All-Filipino squad.

TNT seized an 89-84 lead behind the third-quarter heroics of returning veteran Jayson Castro before Perez sparked the tide-turning run that gave his side a commanding 119-94 lead with less than two minutes remaining.

Perez scored 7 of his team-high 25 points during that stretch before Chris Ross put on the finishing touches with a bunch of three-pointers that took the life out of the Tropang Giga. 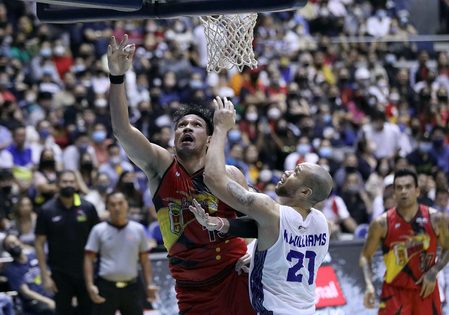 Fajardo finished with 19 points, 18 rebounds, 5 assists, and 2 blocks, while Ross chimed in 12 points – all on triples – to help the Beermen recapture the Philippine Cup trophy they won a record five straight times from 2015 to 2019.

“I did not imagine that we would win another championship in spite of us struggling in the playoffs,” said San Miguel coach Leo Austria as they went seven games with Meralco in the semifinals and trailed TNT 2-3 in the finals.

True enough, the chances of the Beermen winning the crown looked bleak after Castro put the Tropang Giga on his back with a masterful third-quarter showing.

Determined to lead TNT to victory in the absence of coach Chot Reyes, Castro singlehandedly outscored San Miguel in the third period, where he scattered 19 of his game-high 32 points for an 89-84 advantage.

But the Tropang Giga eventually fell apart without Reyes, who sat out the biggest game of the conference due to health and safety protocols, as they tallied just 8 points in the fourth quarter.