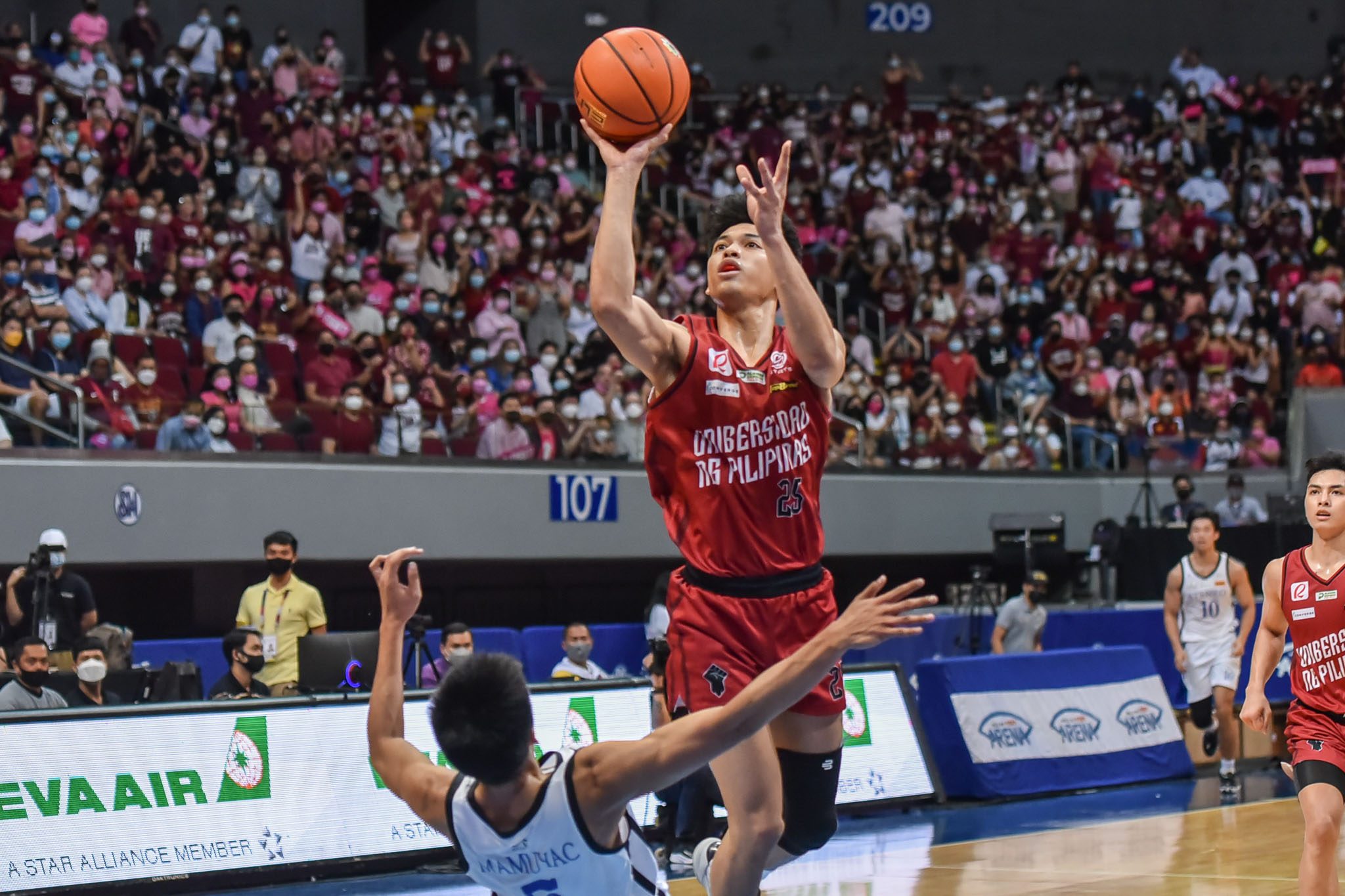 HOTSHOT. Ricci Rivero comes through the clutch for the UP Maroons.

MANILA, Philippines – For the first time since 1986, the UP Fighting Maroons earned a UAAP finals win off an 81-74 overtime thriller against the Ateneo Blue Eagles in Game 1 of the men’s basketball championship series at the Mall of Asia Arena on Sunday, May 8.

Ricci Rivero pumped in a game-high 19 points, built off a perfect 11-of-11 clip from the free throw line and highlighted by a clutch three-point play that put the Maroons up, 77-74, in overtime. He also had 4 steals and a couple of blocks in the comeback win where UP rallied from as many as 12 points down, 41-53, in the second half. 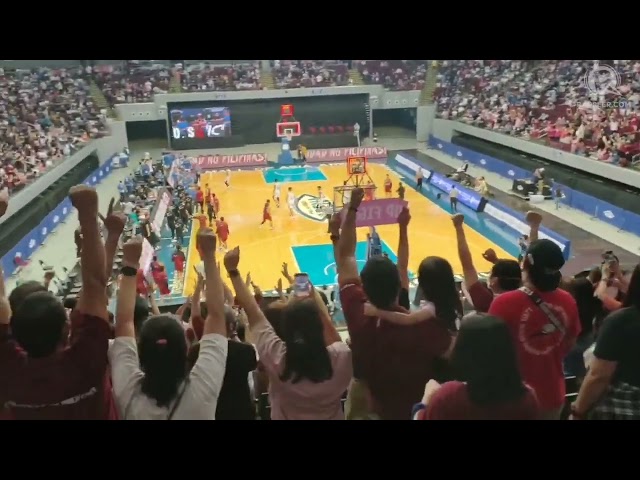 “That’s how it is, the team had a lot of ups and downs, but we just kept reminding each other not to give up, try to be consistent in the game, and not give up until the end,” said first-year UP head coach Goldwin Monteverde after the game.

Zavier Lucero finally snapped out of his playoff funk with a huge double-double of 17 points and 13 rebounds on top of 2 assists and 2 blocks for the Maroons.

James Spencer, who forged overtime with a cold-blooded trey, finished with 13 points for UP. Malick Diouf, despite fouling out very early in overtime, collected 10 points and 15 rebounds, with a whopping 11 coming from the offensive end, to go with 4 assists, 3 steals, and a block.

The Maroons – who also came back from a double-digit deficit against La Salle in the knockout semifinals last Friday – can now end a 36-year title drought to cap off an improbable season conquest of the Blue Eagles dynasty in Game 2 on Wednesday, May 11, at 6 pm.

UP managed to break the deadlock with a huge Rivero and-one layup at the 2:31 mark of the extra period, 77-74.

The Maroons then extended the gap to 79-74 with 2:01 remaining off a bad Ateneo inbound play, ending with a Rivero steal and a Carl Tamayo score.

Ateneo had one last shot to inch closer, but Rivero swatted away Ange Kouame’s post shot to seal the deal in the final 40 ticks of overtime.

From a 60-68 deficit at the 4:35 mark of the fourth quarter, the Maroons pulled off yet another miraculous comeback to tie the game up, 70-all, off a quick Spencer triple with 24.7 ticks left.

Ateneo had one last shot to force up a game-winner, but both teams got into a ball scramble under the basket as the Eagles’ shot clock expired with 0.7 seconds left, leading to a full-court UP heave that even hit the rim as it missed.