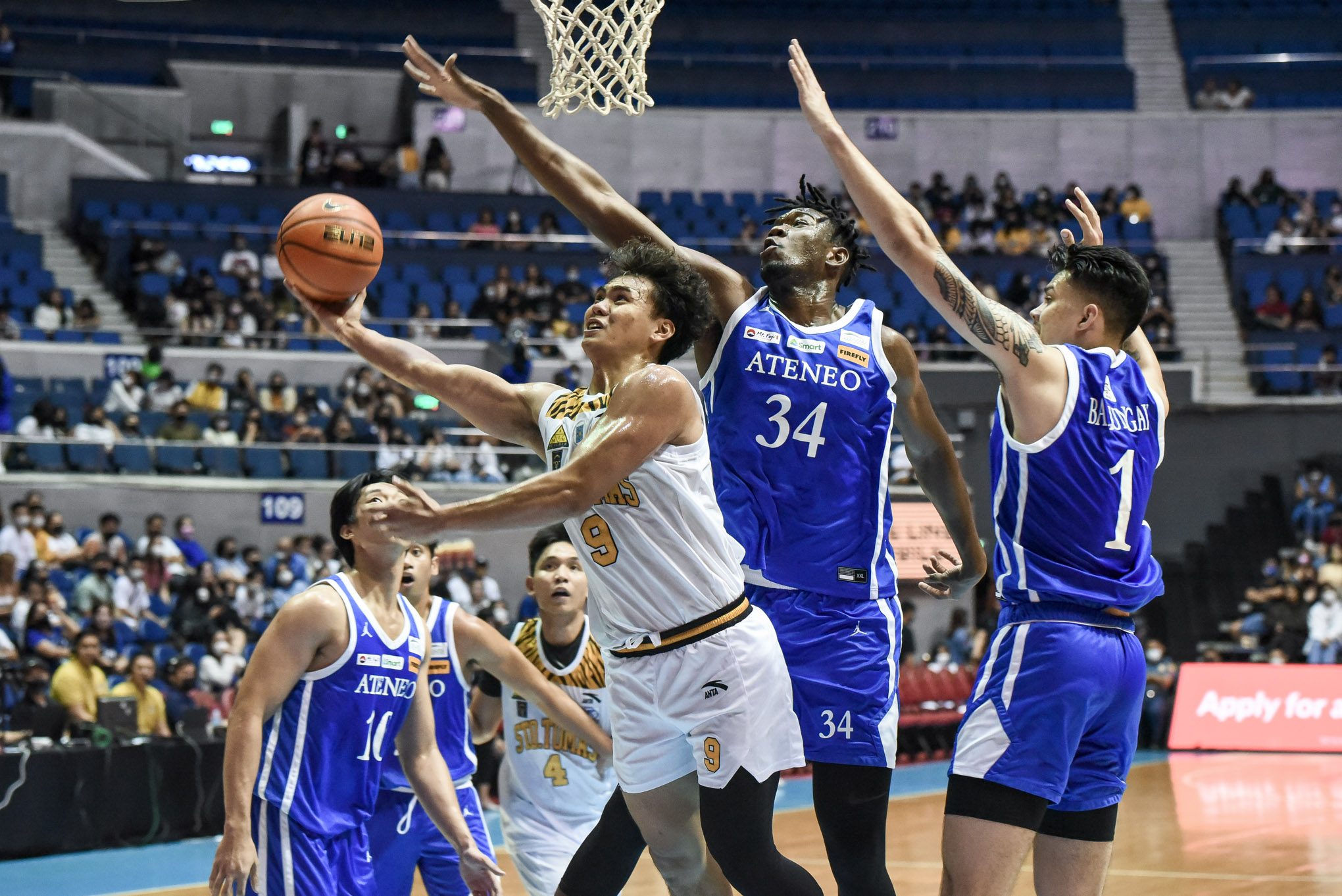 MANILA, Philippines – The Ateneo Blue Eagles notched their second straight victory in the UAAP Season 85 men’s basketball tournament with a 72-55 drubbing of the UST Growling Tigers at the Smart Araneta Coliseum on Thursday, November 17.

BJ Andrade and reigning UAAP MVP Ange Kouame, who is fresh off a stint with Gilas Pilipinas in the FIBA World Cup Asian Qualifiers, scored 14 points apiece to pace the Blue Eagles, while Forthsky Padrigao had an all-around game of 10 points, 7 rebounds, and 5 assists.

With the win, Ateneo improved to 7-3 in the standings – only a game behind the second-seeded NU Bulldogs. UST, on the other hand, dropped its ninth straight outing and fell to 1-9.

After a slow start in the opening frame, where they trailed by 7 points, 3-10, the Blue Eagles turned on the jets and staged a massive 19-0 blast to wrap up the first period with a 12-point advantage, 22-10.

Ateneo extended its lead further to 14 points, 27-13, off a Dave Ildefonso three-pointer early in the second canto, but UST managed to pull back within striking distance, cutting the deficit to single digits at halftime, 27-35, thanks to the efforts of Nic Cabañero, who already had 11 points, 5 rebounds, and 4 assists after two quarters.

In contrast to their ugly start in the first quarter, the Blue Eagles then came out with guns blazing in the second half and opened the quarter on a fiery 10-0 run to quickly increase their cushion to 18 points, 45-27, which proved too much for the Growling Tigers to conquer the rest of the way.

It was Cabañero who led UST anew in the losing effort with a game-high 26 points, to go along with 8 rebounds, and 7 assists.

Ateneo shoots for its third straight win when it takes on the FEU Tamaraws, while UST tries to end its nine-game skid when it goes up against the Bulldogs both on Sunday, November 17 at 11 am and 1 pm, respectively.