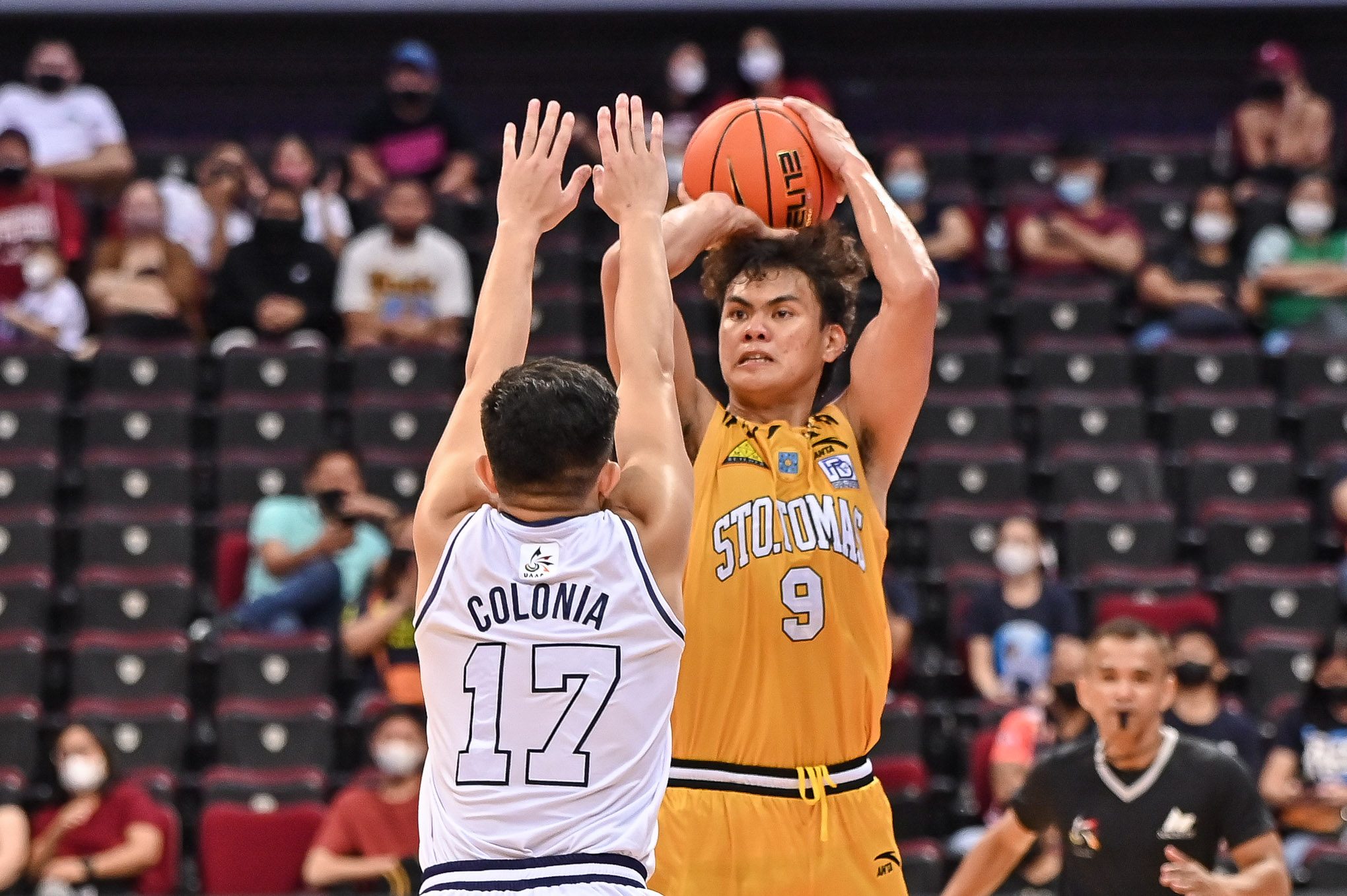 MANILA, Philippines – The UST Growling Tigers opened their UAAP Season 85 men’s basketball campaign with a stunning 66-60 win over the favored Adamson Soaring Falcons at the Mall of Asia Arena on Saturday, October 1.

After a heartbreaking off-season where UST lost multiple key cogs, holdover forward Nic Cabañero carried the Tigers’ offense on his back with 33 points on 13-of-18 shooting, 4 assists, and 2 rebounds.

The super sophomore’s scoring output was the biggest for UST since Marvin Lee erupted for 30 against UE back in October 2018.

Thanks to Cabañero’s 17 first-half points, UST set the tone at the half with a 42-36 lead, which carried over to a 48-44 advantage entering the fourth after both teams sputtered to just 6 points each in the third.

Cabañero continued his offensive eruption into the final frame as he helped the Tigers peak with a 10-point lead, 61-51, off a layup at the 6:22 mark.

Although the Falcons inched closest at 60-63 with 1:10 left after a clutch, but Cabañero refused to let his team down with a quick response from mid-range – which would eventually prove to be the dagger – for the 65-60 gap at the 41.6-second mark.

“We really want to be the underdogs, as that’s less pressure for us and the coaching staff,” said new head coach and former UST player Bal David in Filipino.

“The team has only been turned over to us recently, so like I said, less pressure. We’re just here to work. We just need to change the kids’ bad habits to good ones, and we’ll be okay with that for now.”

Lenda Douanga paced the loss with 13 points and 13 rebounds, while Joshua Yerro also scored 13 on 5-of-14 shooting in just 19 minutes for Adamson.

UST shoots for another upset win over the La Salle Green Archers on Wednesday, October 5, 4 pm, at the PhilSports Arena in Pasig, while Adamson tries to bounce back that same day at 1 pm against the UP Fighting Maroons. 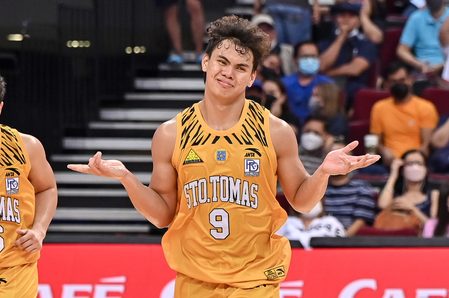