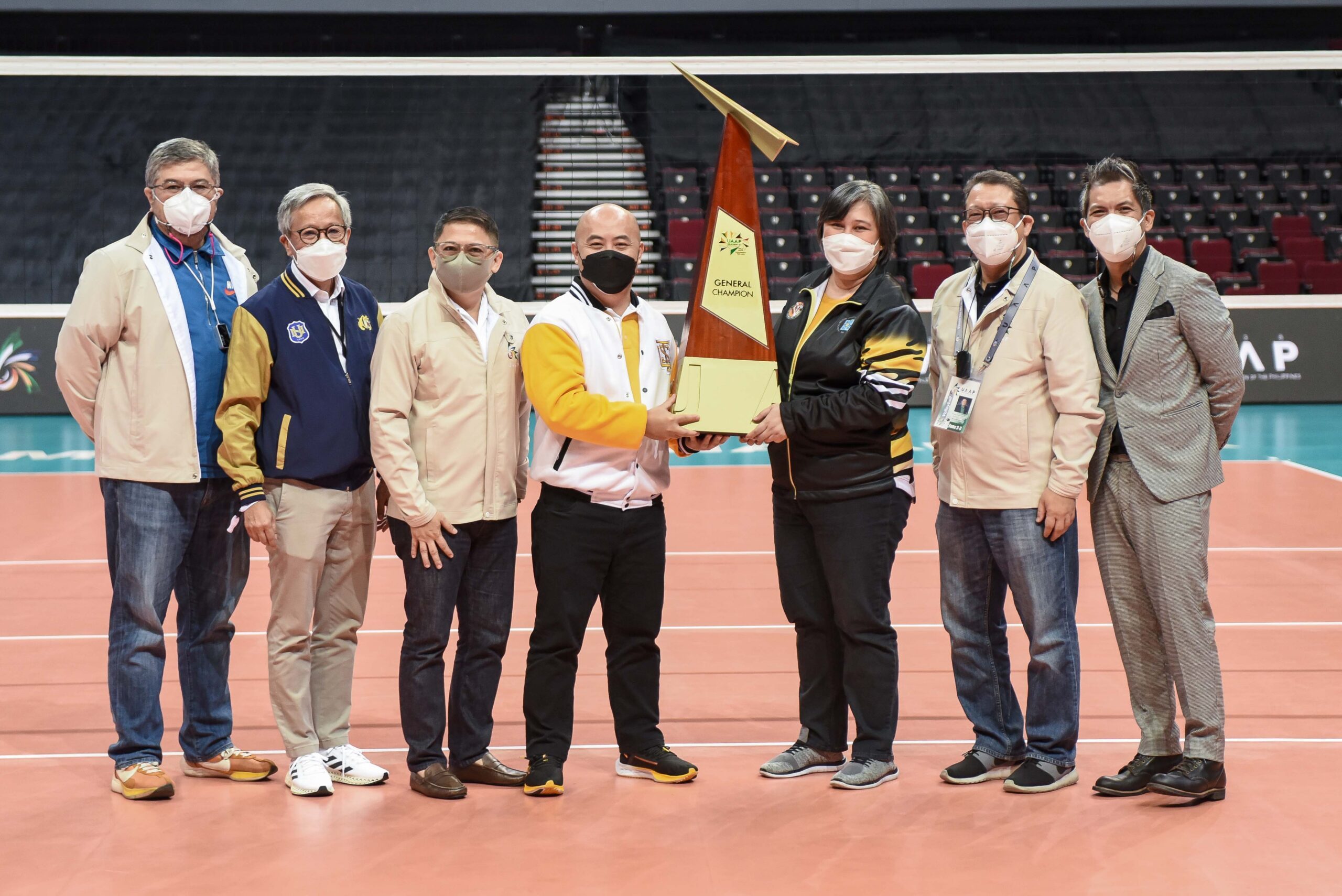 MANILA, Philippines – Even in a compact season, University of Santo Tomas emerged on top.

UST captured the UAAP Season 84 general championship – the university’s fifth straight and 45th overall in the collegiate division – despite a shortened calendar.

The country’s premier varsity league returned with a bubble setup and only eight events this season after a two-year layoff due to the pandemic.

It was a close battle, though, as National University fell short by just 3 points with an 81-point total to finish second overall despite not fielding a team in the men’s chess event.

The Lady Bulldogs dominated as NU bagged the gold in the women’s events of volleyball, 3×3 basketball, and chess.

Host De La Salle University placed third with 76 points, while University of the Philippines came in next with 71, highlighted by the Maroons’ title romp in men’s basketball.

Ateneo  finished fifth with 58 points, followed by Adamson (42), Far Eastern University (39), and University of the East (3).

The cheerdance competition also made a comeback this year, with the FEU Cheering Squad claiming the crown, but the event isn’t included in the league’s point system. – Rappler.com