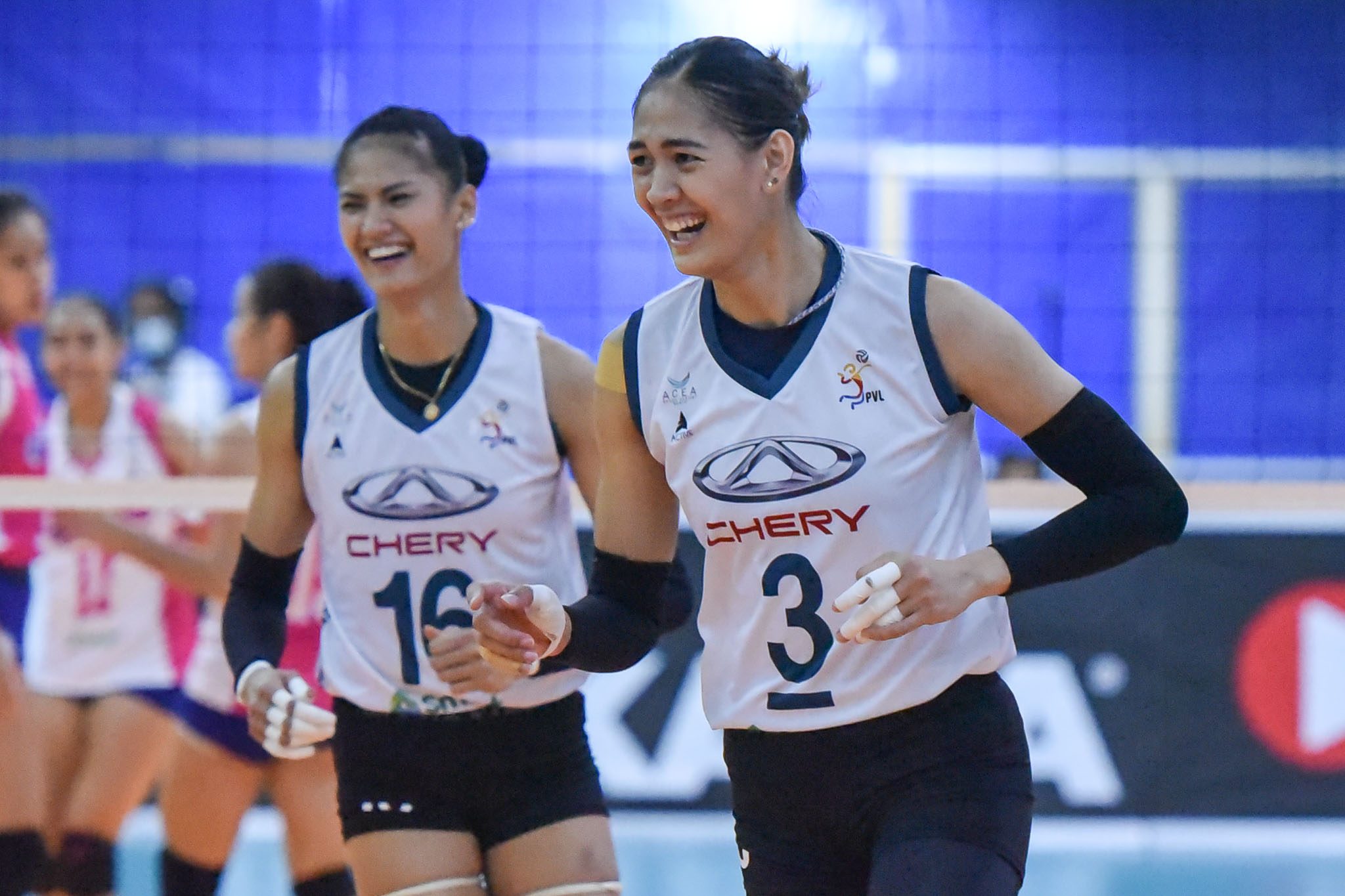 The brutal conference schedule finally comes to a close with the winner-take-all bout on Friday, August 13, 3 pm, the Crossovers’ seventh straight game day. This will be followed by the awarding ceremony to close out the conference proper.

Jaja Santiago expectedly led the must-win Game 2 rally for Chery Tiggo with a game-high 25 points off 20 attacks, 3 blocks, and 2 aces, while her sister Dindin Santiago-Manabat chipped in 18 markers off 15 spikes.

Buding Duremdes did the dirty work for a line of 16 excellent digs and receptions apiece, while Joy Dacoron pumped out 8 points after only playing the latter two sets.

After three contrasting blowout sets leading to a 2-1 Chery Tiggo lead, both teams finally shored up their defenses, and tied up midway into the fourth frame, 16-all.

However, Santiago led a small 5-1 rally that gave the Crossovers a crucial 20-17 cushion which held up well, as Creamline only managed to get within two, 20-22, off a hit by the now seldom-used Michele Gumabao.

Alyssa Valdez only managed to give her team one final point before Santiago-Manabat led the 3-1 finishing kick to give Chery Tiggo the series-tying win.

“God is with us. The players were able to play as a team, and work as a team. They gave encouraging words, and we were able to boost [one another’s] morale,” said Chery Tiggo’s head coach Aaron Velez after the game.

Valdez led the losing effort with 18 points off 16 attacks, while reigning conference MVP Jema Galanza was not far behind with a 17-marker, 17-excellent reception line.

Chery Tiggo is still the only team to beat Creamline in a two-year span, as the Crossovers also snapped the Cool Smashers’ 25-game winning streak earlier in the elimination round.

Myla Pablo uncorked one last attacking salvo, and finished as the only player in double-digit scoring with 16 points off 14 attacks, and 2 aces.

Captain Chie Saet earned one Player of the Game citation for the road with 15 excellent sets, 11 excellent digs, and 4 points, while star libero Kath Arado scrapped for 12 digs, and 11 excellent receptions.

With the Titans’ entire core benched, including the injured Maddie Madayag, Caitlyn Viray led the losing cause with 9 points off 8 attacks, while Necole Ebuen, and Arianna Angustia added 7 and 6 markers, respectively.

Core player Ponggay Gaston appeared briefly with Deanna Wong in the third set, and snuck in 2 points before fully riding out the loss on the bench once again.

Choco Mucho finishes with a 7-2 record, a huge improvement from its 6-10 franchise debut run last conference where there were more games played. – Rappler.com