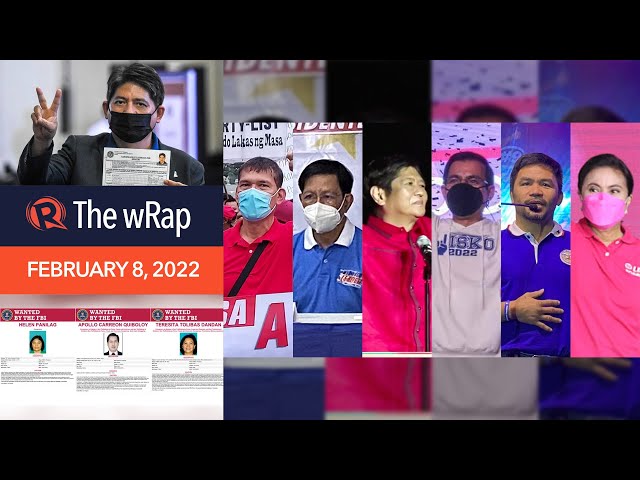 The campaign season officially begins 90 days before the May elections as presidential and vice presidential bets kick off their proclamation rallies across the Philippines, Tuesday, February 8.

Presidential aspirant Bongbong Marcos insists his camp does not deploy troll farms and has not resorted to historical revisionism about his father’s dictatorial rule.

Davao City-based preacher Apollo Quiboloy and several of his associates can end up in prison for life if found guilty of sex trafficking.