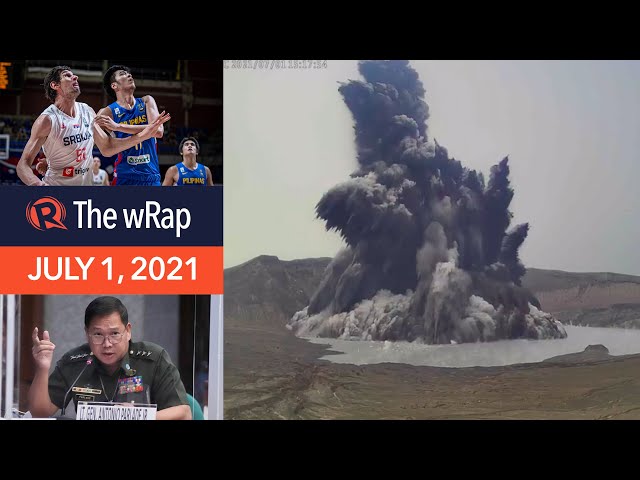 Taal Volcano in the province of Batangas is placed under Alert Level 3, Thursday, July 1, due to magmatic unrest. Phivolcs recommends evacuation from Taal Volcano Island and high-risk barangays in the towns of Agoncillo and Laurel in Batangas.

The number of unemployed Filipinos is down to 3.73 million in May 2021, as the economy slowly reopened despite COVID-19 cases remaining high.

Bea Alonzo is officially a Kapuso. GMA Network welcomes the actress Thursday, July 1, confirming months of speculation from industry insiders of her transfer from ABS-CBN.