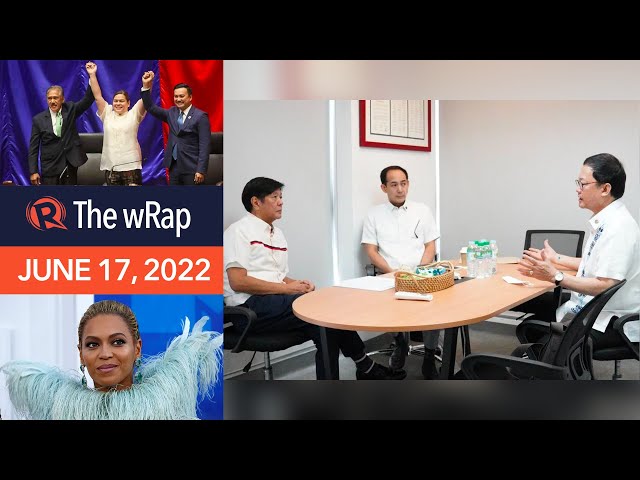 The police are tightening the security protocols for the oath-taking of Davao City Mayor Sara Duterte as the country’s new vice president on Sunday, June 19.

Tarlac police file more complaints against the farmers of Hacienda Tinang in Concepcion and their supporters, this time for disobedience and obstruction of justice, among others.

The Golden State Warriors cement their place as one of the NBA’s great dynasties with seven championship titles to their name, as they defeat the Boston Celtics with a 103-90 victory in Game 6 of the Finals.

Music superstar Beyonce reveals the title of what appears to be her first solo album in six years, Renaissance, following on the critically-acclaimed Lemonade. – Rappler.com