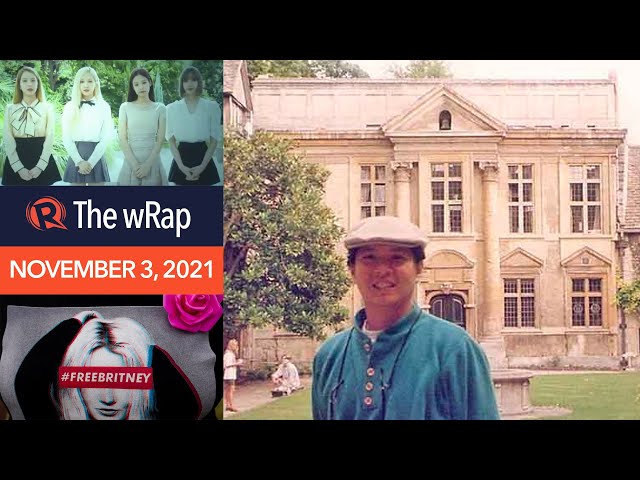 Civic leaders file a petition to cancel the certificate of candidacy of presidential aspirant Ferdinand ‘Bongbong’ Marcos Jr. with the Comelec. They say Marcos falsified his COC when he claimed he was eligible to run for president when in fact he is disqualified from doing so.

The Commission on Human Rights points out the possible use of excessive force by police in anti-illegal drug operations in three regions. The commission finds out only 11 in 466 suspected drug personalities survive in shootouts.

After 19 months, Metro Manila mayors lift the general curfew in the metropolis starting Thursday, November 4. This comes as the Philippines’ daily COVID-19 infections continue to drop.

At COP26 in Glasgow, K-pop group BLACKPINK urges people to take action against climate change. There are also a couple of promises from world leaders such as ending deforestation and cutting methane and carbon emissions.

Pop star Britney Spears’ lawyer questions her father Jamie under oath about how her money was spent during his 13 years overseeing her conservatorship. – Rappler.com