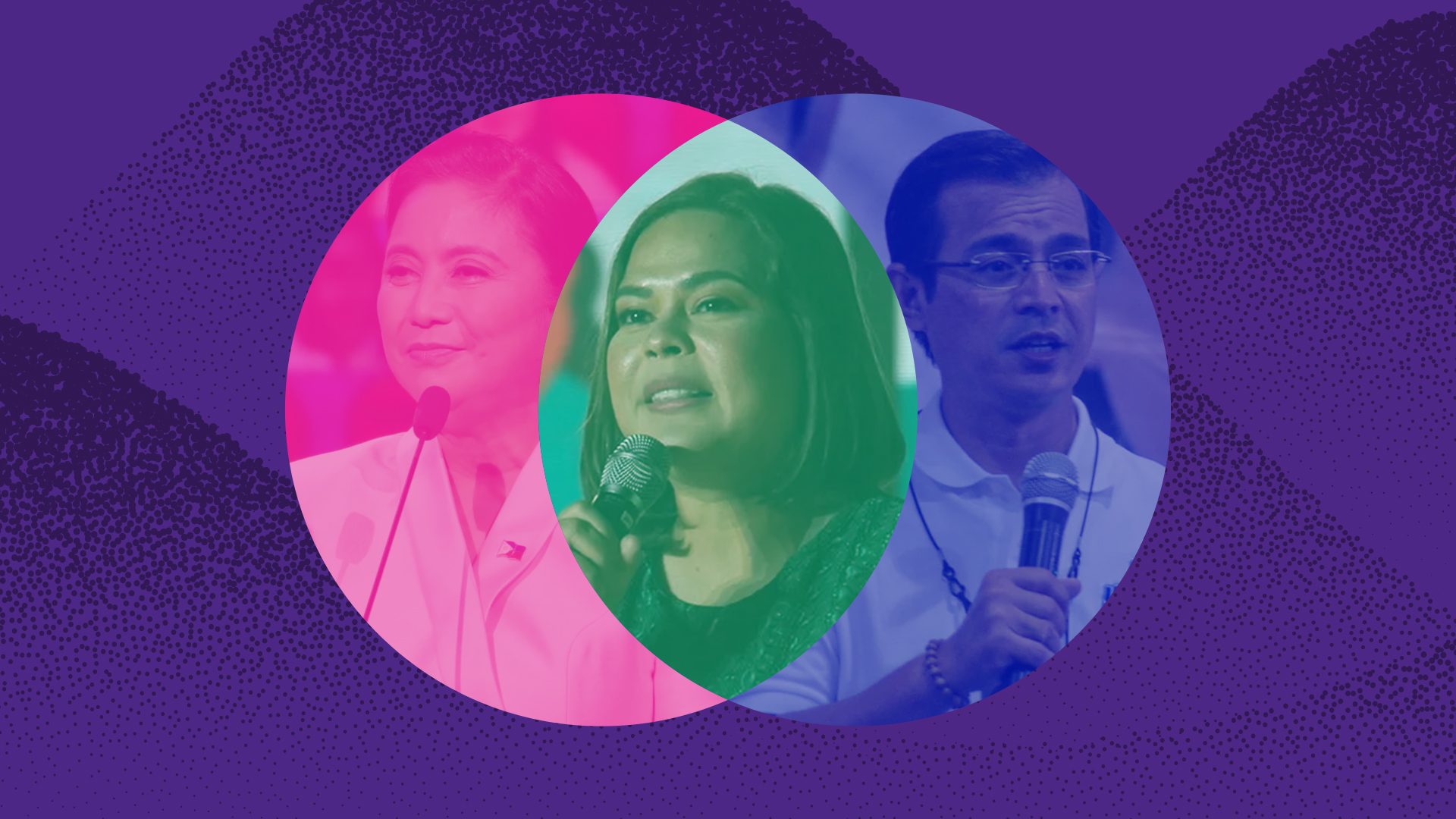 Facebook Twitter Copy URL
Copied
Many of these new endorsements for Leni Robredo and Isko Moreno are twinned not with their running mates but vice presidential candidate and Davao City Mayor Sara Duterte. These should actually be ringing alarm bells.

Elections are a numbers game. In an ideal world, they should also be about principles. That includes the courting and handling of political alliances and treatment of one’s running mate.

These should actually be ringing alarm bells.

Many of these new Leni and Isko endorsements are twinned not with their running mates but vice presidential candidate and Davao City Mayor Sara Duterte.

Sara, the other Duterte 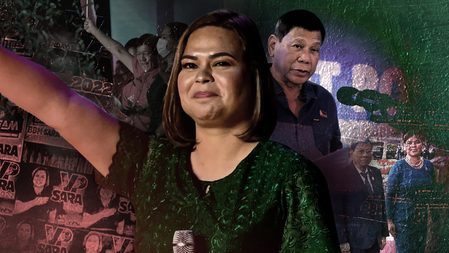 In Maguindanao, Moreno’s first major Mindanao foray, the call for ISSA (Isko-Sara) was so strong that his campaign manager Lito Banayo had to ask Aksyon’s vice presidential bet Willie Ong to avoid coming.

The Garcia political dynasty of Cebu first agreed on their united support for the President’s daughter, before splitting into Marcos and Moreno camps in the presidential race.

In Bicol, where rival politicians came together to back the candidacy of fellow Bicolano Robredo, many veterans like Albay Representative Joey Salceda were pointedly silent about her running mate, Senator Kiko Pangilinan. The congressman is a known Sara fan and even urged her to run for the presidency.

In the Visayas, only Iloilo Governor Arthur Defensor Jr. and Iloilo City Mayor Jerry Treñas are the confirmed Leni-Kiko backers.

Negros Occidental Governor Bong Lacson was hailed for standing his ground on Robredo, getting a big part of the cheers during her March 11 Bacolod City grand rally. But, a few days later, he told SunStar Bacolod that he was backing  Senate President Vicente “Tito” Sotto III, not Pangilinan, for vice president. Sagay City Mayor Thirdy Marañon and Cadiz City Mayor Salvador Escalante  are known to be Leni-Sara campaigners.

Evardone, a PDP-Laban official, even said he sought Duterte’s permission and got the President’s blessing.

Both Robredo and Moreno, who have welcomed all these endorsements, should be asked to parse this trend. It’s like NoyBi in 2010 but out in the open.

It’s probably not reasonable to ask them to reject their new backers. But they should be more vigorous in telling their supporters why they shouldn’t vote for Sara.

The Vice President, first choice of the President’s fiercest critics and those who feel strongest about blocking a Marcos return to Malacañang, has a greater responsibility to explain not only how she views the issue but also how her supporters can safeguard Pangilinan’s votes.

Expedient or not, there’s a political, moral, and intellectual disconnect in Leni-Sara. There’s also grave danger post-election, if Robredo wins.

If the prepared questions during the Commission on Elections’ presidential debates (starting March 19) don’t tackle this issue, maybe Leody de Guzman, as fierce a Duterte and Marcos critic as Robredo, should raise the issue. – Rappler.com