Facebook Twitter Copy URL
Copied
A voter urges the Comelec to make sure personnel who go on break are replaced by other staff, suggests printing out visual FAQs and process flow guides, since officers cannot seem to properly guide registrants.

Joseph Aragon was sorry about having missed two elections. Worried about government pandemic policies and “the dire state our country is in,” he vowed not to sit out the May 2022 national and local polls.

It took him nine hours, from 7:30 am to 4 pm, and three back-and-forth trips to finally complete the process on August 11. Aragon shared his story with Rappler, in document form and in a telephone interview, to share some lessons with other citizens re-activating their registrations or applying for transfer of residence.

He also wanted to remind the local office of the Commission on Elections to improve staff behavior, streamline procedures, and comply with COVID-19 health protocols.

Aragon said he had tried first to book an appointment online. “Unfortunately all slots were already full until Sept. 30. A friend and I decided to walk-in and hope for the best.”

They  lined up at 7:30 am. The line at the Comelec’s Bay Center office was already long, with around 200 people.

Social media posts by Bacolod residents and reporters of local news outfits have shown the same long lines daily, with people arriving before the 8 pm to 4 am curfew ends.

Aragon said many acquaintances who did not care about elections before have finally registered or reactivated their registrations.

“As per information from the Comelec Staff on the ground only 230 walk-ins were allowed. However they stopped handing out numbers up to 176 because the person in-charge left to have breakfast,” Aragon said.

They were able to get their numbers, 180-181, by 9 am. Aragon said he understood that employees need to take breaks, but suggested a temporary replacement so as not to hold up registrants.

He got to the main office parking lot by 10:00 am. There was an officer by the entrance who checked pre-requirements and forms.

Aragon had prepared by reading Rappler’s guide and downloading the voter registration form from the official Comelec website. He also informed the Comelec gatekeeper that his existing record might show his old barangay address.

“She did not inform me to amend my application to include a change in address aside from re-activation,” Aragon said. “She also confirmed that it would be OK to just vote in my old address.”

Other people in line were asking for the forms, he added, but were told it would be provided at Step 1 window.

It took three hours for Aragon and his friend to reach Step 1.

“People were answering the form in the window,” he said, explaining the snail-paced traffic. “The forms should be given by the entrance so that as we line up, people can fill these up.”

He noted that there were only three chairs available, making it hard for persons with disabilities (PWDs) and senior citizens. What worried him more was that people waiting to get to step 1 were packed together, even with “multiple staff around supposedly to manage the lines.”

“They did not enforce social distancing. Everyone was lining up close to each other, eager to get under the canopy for shade,” he told Rappler.

Aspan took over only on September 14, way past Aragon’s registration date, but agreed to hear Aragon’s complaint. Comelec Regional Director Wilfredo Jay Balisado assigned Aspan, the  current provincial election supervisor for Negros Occidental, after a staff of the city Comelec office tested positive for COVID-19 and officials had to go on quarantine.

“Outside of the Comelec premises, crowd control is maintained by Task Force Disiplina, with help from Station 1 of the Metro Bacolod Police Office,” Aspan said in a phone interview.

She said that registrants are given numbers and forms together. “There is an area where they can fill up the forms while waiting for their number to be called,” she added.

Aragon’s experience showed otherwise. He said the officer in charge of Step 1 was doubtful about his filled-up form and its source. “I had to convince her that I downloaded and printed these from the official website,” he said.

When the office checked the system, she found the discrepancy in his old registration and current address. Aragon was told he needed a guarantor oath from a neighbor in his new barangay.

“Why did I have to line up for three hours to be told this?” he said, noting that he had informed the entrance staff of his status. “If the first officer already informed me, I could have already gone home earlier to secure this requirement,” he said.

There were no visible signs to guide registrants, he added. “No tarps, no posters, not even printed bond paper guides.”

Aragon went home to get the required document from a neighbor. He was back at the window by 2:30 pm, with a signed oath and a copy of his neighbor’s valid ID showing an address and signature.

The officer told him his neighbor’s voting record was also inactive. Aragon could not proceed.

A senior officer came and “rudely questioned me on who owns both the old address and new address.” The officer told him to bring his mother, the homeowner of his new address, to personally appear at the Comelec office.

“I said my mother is already a senior citizen. He said it was that, or to find another neighbor with an active record,” Aragon said.

Aragon’s other neighbors are a seaman who does not vote, and a property owner registered in a different city. He questioned the need for a guarantor to have an active registration and the requirement to bring in a senior citizen during a pandemic.

Apan explained that the rules aim to ensure honest elections. If a registrant has valid documents placing him/or her in the new address, there is no need for a guarantor, she added.

Rappler’s guide on the transfer of registration, which is based on official Comelec rules, lists down valid identification document, including Employee’s ID with employer’s signature, postal ID, PWD ID, Student’s ID or a library card, signed by school authority, senior citizen’s ID, driver’s license, NBI clearance, passport, SSS/GSIS ID, Integrated Bar of the Philippines ID, license issued by the Professional Regulatory Commission, and for indigenous peoples or members of indigenous cultural communities, a certificate of confirmation from the National Commission on Indigenous Peoples.

It also notes that in the absence of a valid document, an applicant “may be identified under oath by any registered voter of the precinct where he/she intends to be registered, or by any of his/her relatives within the fourth civil degree of consanguinity or affinity.” A registered voter may identify only up to three applicants.

Aragon went home again and returned at 3:30 pm with his mother. She brought her valid IDs, proof of billing for the new address.

“There were few people around already, so we directly went up to the senior male officer. He asked my mother for proof of our relationship,” Aragon said.  “He never mentioned a copy of my birth certificate (which is available at our home) and argued that he was just following rules.”

The officer, he said, then pointed to a staff member and said “If I say this person is my child, will you believe me?”

“My mother and I had to argue that we are not liars and would not have gone through all this hassle and ‘red tape’ just to lie,” he said. “Fortunately, my mother had a soft copy of my birth certificate on her email, which we used to prove our relationship. After some side comments, the officer finally allowed me to proceed.”

He completed the registration process by 4:03 pm.

Aragon stressed he would not mind taking hours “if the process was just straightforward.”

“But the bureaucracy and red tape is just unbearable,” he said, worried that it could turn off citizens.

“Even among my relatives, people are talking about the need to vote. You see that, too, on social media.” He added, “I don’t know why. Maybe it’s everything; how the pandemic is being managed, where our taxes go,” he said.

Aragon said he was not able to get the names of the officers but said the Comelec office could check work schedules to identify them.

He urged the Comelec to make sure personnel who go on break are replaced by other staff. He also called for a print out of visual FAQs and process flow guides since officers cannot seem to properly guide registrants.

Apan expressed appreciation for the report and said she would discuss improvements with the Bacolod Comelec office.

Aragon supports the call to extend the registration period, saying lockdowns and pandemic fears could have kept many from registering in the past year.

Eleven Bacolod Comelec personnel are currently on leave due to exposure to a colleague who tested positive for COVID-19. – Rappler.com 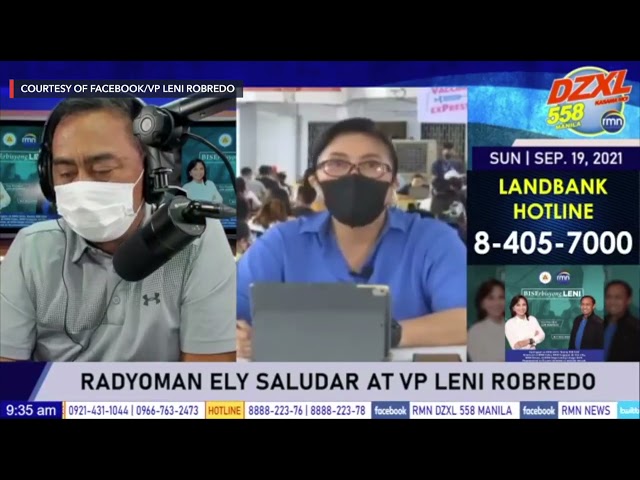