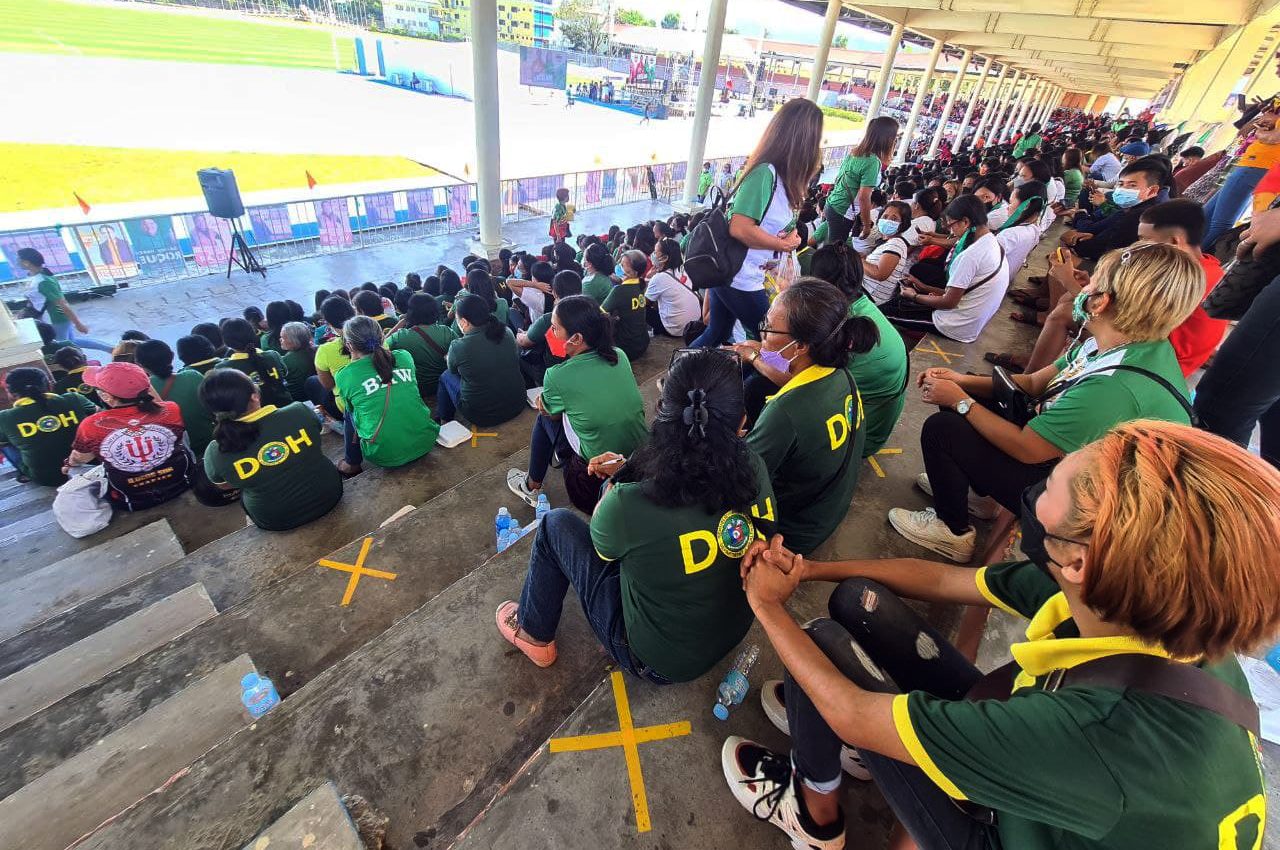 PARTISAN DISPLAY. Hundreds of barangay health workers from the 1st district of Ilocos Sur among the early birds at the UniTeam's February 17 grand rally in Bantay town. 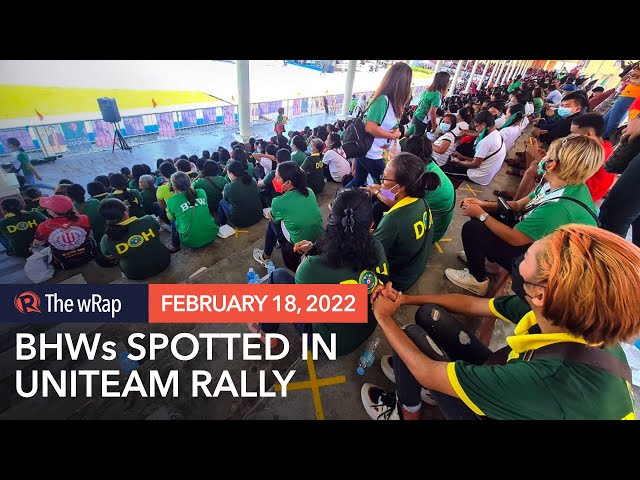 VIGAN CITY – A Twitter storm has forced the Commission on Elections (Comelec) and the Department of Health (DOH) to investigate the presence of barangay health workers (BHW) wearing shirts with the department’s initials in the Ilocos Sur campaign rally of presidential bet Ferdinand Marcos, Jr.

On February 17, Rappler retweeted photos of the venue and the gathering crowd for the Uniteam’s 1st district grand rally at the Quirino Stadium in Bantay town.

Individuals wearing DOH shirts in the audience caught the eye of netizens. Many of them called out the Comelec and DOH to check the matter.

The DOH in a separate statement said it upholds political neutrality as mandated for civil servants and explained it “has no authority over health workers employed or directly engaged by LGUs.”

The department said it “distributed a multitude of shirts and paraphernalia bearing the DOH logo” in their outreach and campaign activities.

Zenaida Pulido, president of the National Confederation of Barangay Health Workers of the Philippines and a resident of Bantay, said they received an invitation to join the activity. However, she declined to say who invited them.

According to her, there are about 5000 Ilocos Sur BHWs, who were informed about the coming of the Marcos-Duterte tandem.

Pulido admitted that she supports the Uniteam bets. She was present in the Bantay and Narvacan grand rallies. BHWs were also in attendance in the second campaign event, but none wore DOH shirts.

“They were told to wear a green shirt, so they use that [DOH shirt] not knowing that it is prohibited,” she said in Ilocano when Rappler asked her in Narvacan.

The DOH defines BHWs as persons who have “undergone training programs under any accredited government and non-government organization and who voluntarily render primary health care services in the community after having been accredited to function as such by the local health board”.

Accredited BHWs that perform their duties receive several benefits from the government under Republic Act No. 7883 or the Barangay Health Workers’ Benefits and Incentives Act of 1995. These include hazard and subsistence allowances and preferential access to loans from government agencies.

The DOH also appealed to those given the DOH shirt to refrain from using it for the elections.

“The Department urges the public not to use these (DOH shirts) apolitical materials for endorsing candidates during the 2022 elections,” the statement said.

“As far as we are concerned, we’ve always mentioned to them, we tell them especially our allies, reminding them of protocols [on using government resources],” he said in an interview after the Narvacan grand rally. – Rappler.com