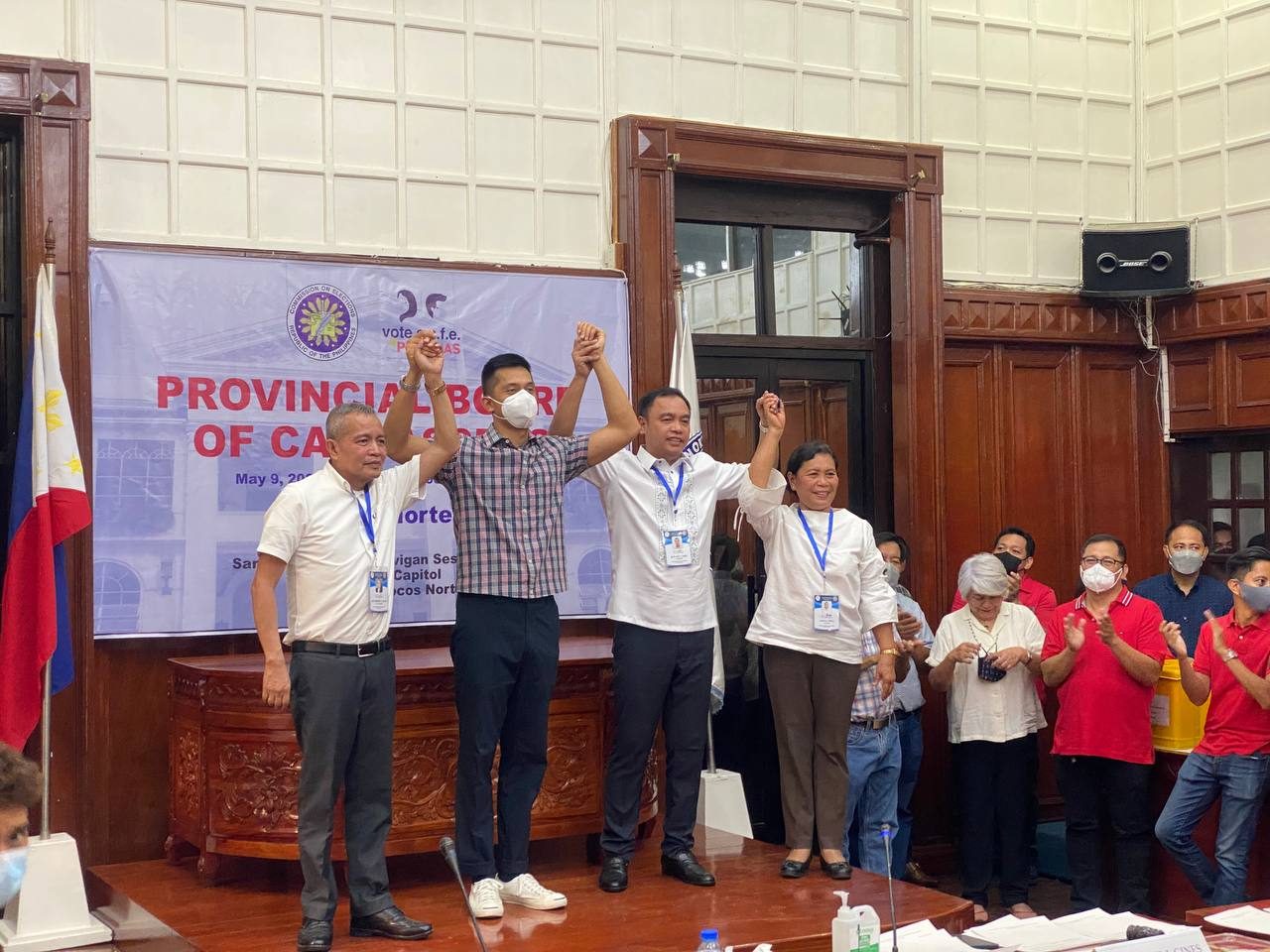 SECOND TERM. Governor Matthew Manotoc at his proclamation on Tuesday, May 10, which gives the son of Senator Imee Marcos a second term.

LAOAG CITY, Ilocos Norte – The Commission on Elections board of canvassers in Ilocos Norte proclaimed Matthew Marcos Manotoc the winner in the province’s gubernatorial race on Tuesday afternoon, May 10, giving him a second term of office and ensuring his family’s grip on Ilocos Norte.

The two were also supposed to face off in the 2019 elections, but Fariñas backed out at the last minute and said he was retiring from politics.

The Comelec also proclaimed Sandro the winner of the first district congressional race, with 108,423 votes to Ria’s 83,034 votes.

Other members of the clan who won were Cecilia Araneta Marcos, who got a second term as vice governor of Ilocos Norte, winning a landslide number of 267,896 votes against Michael Ramones who garnered 8,254.

Manotoc, who bid Keon “good riddance” in 2022 after Team Marcos dropped him as their mayoral bet under local Team Marcos, said that he was ready to reconcile with his uncle.

“I messaged him this morning to congratulate him. And I look forward to working with him. Elections are over and so whatever burned bridges, whatever happened in the past, we have to try to put it aside to collaborate, synergize, and do our best for our constituents,” said Manotoc.

Manotoc also revealed that Rudy had already reached out and congratulated him for winning another term as Ilocos Norte governor. “We appreciate his graciousness in reaching out and at the same time we will also reach out to them. If there’s any way we could work together for Ilocos Norte. Why not?”

Rudy said in a separate press briefing that he would also be “reconciliatory” toward the Marcoses, regardless of the outcome. “Sana naman maging okay, wala namang personal na away,” Rudy said. – Rappler.com