She believes she is but a symbol of the power of ordinary Filipinos raring for change after six years under President Rodrigo Duterte’s regime, the lone female presidential contender told Rappler CEO and Nobel laureate Maria Ressa in #WeDecide: First 100 Days, a Rappler interview series aired on Wednesday, April 20. 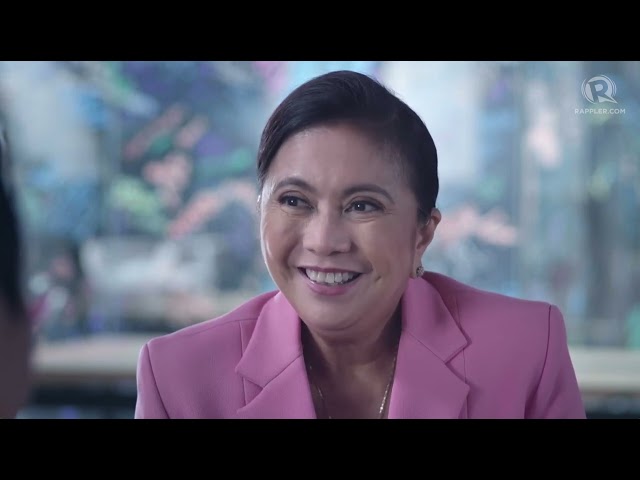 “I don’t want to get the credit for it. Sa tingin ko naging symbol lang ako…. Parang the time was right,” said Robredo, who came to the Rappler office in a crisp blazer in her signature color pink.

(I don’t want to get the credit for it. I think I just became the symbol… It’s like the time was right.)

(It could have been anyone else, that’s what I think. The people are ready now. It’s like the people were full of pent-up emotions.)

Robredo is the face of the opposition resisting the abusive policies of the tough-talking Duterte. Though the gap in numbers is still huge, major pre-election surveys also indicate that Robredo is the candidate with the best chance of defeating the survey frontrunner, the late dictator’s son Ferdinand “Bongbong” Marcos Jr.

And for that she has become the primary target of the Duterte and Marcos disinformation networks that have spent the past six years discrediting her.

The Vice President, however, draws her strength from her supporters. She even likened their energy to that of Filipinos who trooped to EDSA in February 1986 in a collective effort to oust dictator Ferdinand Marcos through a bloodless revolution.

Slowly but surely, Robredo is catching up to the dictator’s son. Even known allies of Duterte have started to endorse her. Crucial machineries of her rivals have jumped ship to Robredo, too.

Her momentum is gaining enough ground for her other male rivals to gang up on her in a joint press conference amid more intensified black propaganda efforts against her family.

“It’s not the ordinary kind of energy that you see in many of the, you know, exercise we did in the past. Pero (But) it’s the kind of energy that was like in 1986?” Robredo told Ressa. “They’re just raring to be part of the change that is happening.”

These days, seeing tens of thousands of Robredo supporters pumping their fists into the air, flashing the “L” sign, and cheering her name into the night have become the staple in her grand rallies across provinces.

Her daughters Aika, Tricia, and Jillian join many of their volunteers and celebrity supporters in knocking on people’s doors in different villages, in a bid to convince more voters to pick Robredo on election day.

It’s tough work, and even Robredo’s daughters get heckled during their house-to-house efforts. But they forge on, as the stakes are so much higher in 2022.

The biggest challenge Robredo faces in this elections are the lies peddled online by the Marcoses, their vaunted money and machinery dedicating years to fortify their disinformation infrastructure.

As Vice President, Robredo has drawn praise for running effective anti-poverty and pandemic programs despite its meager budget. Of the 10 candidates seeking the presidency, Robredo was the first to release a comprehensive pandemic response and jobs recovery platform. But a significant chunk of Filipinos believe she has done nothing but criticize the Duterte administration.

The most vile claims have been hurled at her by trolls and propagandists – anywhere from allegedly having an affair with several men to accusations that she is working with communist rebels.

Robredo regrets not having acted early enough to rally Filipinos to push back against the lies of the Marcoses. She initially thought she was alone in this fight, not immediately realizing just how disinformation would influence the run-up to the 2022 elections. It’s one of the reasons why she was so reluctant to run for president. There’s a part of Robredo that blames herself over just how high Marcos Jr. has been polling in the voter preference surveys. 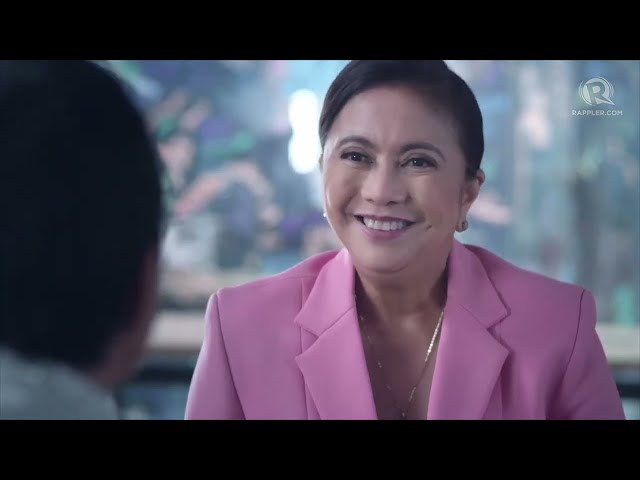 But she’s thankful that more and more Filipinos are pushing back against the lies. She wishes it happened sooner though.

(I had the feeling then that there was just a few of us willing to push back. But suddenly – and this I don’t know if it happened all of a sudden or I just didn’t notice it was happening already – but I saw it happening early March…. There’s a strong push back now on social media.) The nation is now more polarized than ever, with Marcos and Robredo supporters coming for each other’s throats on news feeds and comment sections.

Yet Robredo herself has repeatedly called for “radical love,” for her supporters to exercise sobriety on the campaign trail and to listen intently to those who do not necessarily see her as presidential material. 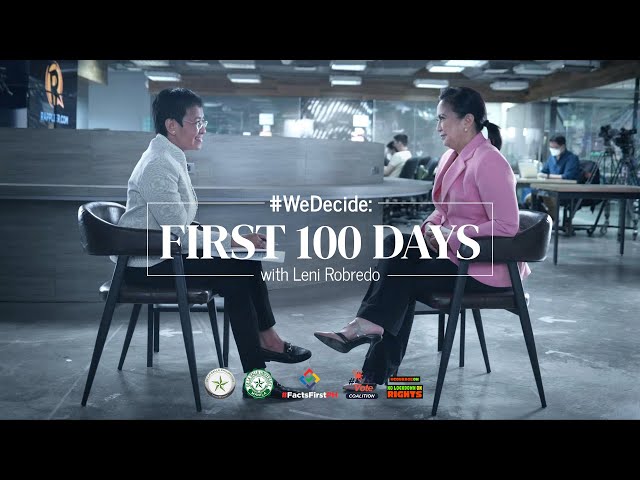 Be humble and be open, she told her supporters in the past, as their ultimate goal is to convert the unconvinced.

And if Robredo does become the next Philippine president, she vows to be a leader who listens and who involves even the most marginalized sectors in all her policies.

It’s the first of the many steps that must be taken if Robredo wants to bring about the change she promises, one that is rooted in an honest government that knows no sacred cows.

“Halimbawa manalo ako. Hindi naman ‘yan maso-solve ‘yung problems natin eh. ‘Yung bigger challenge sa aking administration is how to keep people getting involved, how to make them feel that they are part of the solution, how to make them own the problems that beset the nation,” said Robredo. “Kasi without that, we will again fail.”

(Let’s say for example that I win. It would not solve our problems. The bigger challenge facing my administration is how to keep people getting involved, how to make them feel that they are part of the solution, how to make them own the problems that beset the nation. Because without that, we will again fail.) – Rappler.com