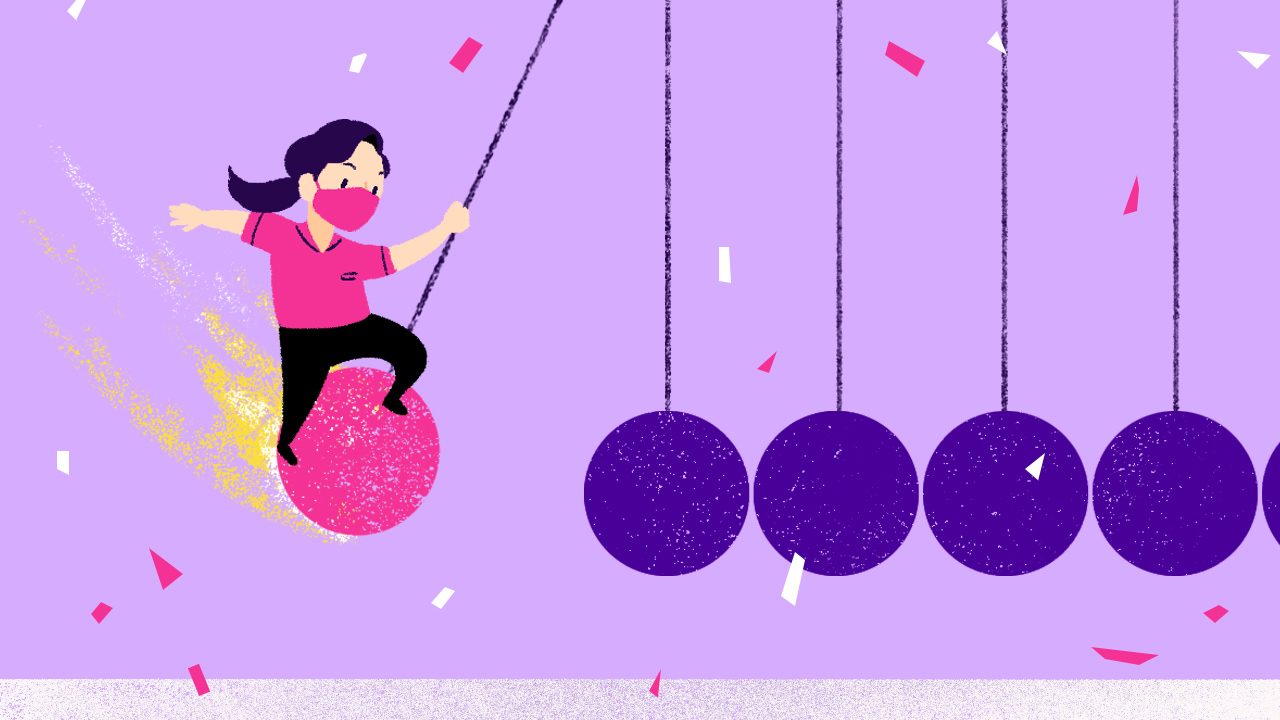 Last week was a true turning point for the presidential candidacy of Vice President Leni Robredo. Fresh from another strong debate performance and the launch of a coordinated, month-long house-to-house campaign on Sunday, April 3, she launched impressive sorties into six provinces, which included large rallies in Duterte country (35,000 in Tagum, Davao del Norte on Thursday, April 7), in the so-called Solid North (76,000 in Dagupan, Pangasinan on Friday, April 8), and in Gloria Arroyo’s bailiwick (an extraordinary 220,000 in San Fernando, Pampanga on Saturday, April 9). The results of the latest Pulse Asia survey, conducted March 17 to 21, were released in the middle of the week, on April 6; they reflected a surge in her support for the first time since the large, joyous, volunteer-driven rallies became a trademark of her campaign. And they spurred greater enthusiasm among her volunteers, helping drive even more supporters to the rallies in Pangasinan and Pampanga.

If the Pulse Asia survey is an accurate guide, the gap between Ferdinand Marcos Jr., the survey leader, and Robredo remains wide; about three and a half weeks ago, he polled at 56% (down from 60); she polled at 24 (up from 15). Robredo remains very much the underdog; with only 28 days to Election Day, she needs to continue playing catch-up. The Robredo momentum, or “Ro-mentum,” to coin a term, is real. The question, as I asked on March 28, is about time, or the lack of it: Is there enough time for the momentum to swing all the way to victory? That is the question for both those who support Robredo and those Marcos supporters who are keeping their ears on the ground: With the campaign ban on Maundy Thursday, Good Friday, and the Sunday before the May 9 elections, there are only 25 days left for campaigning. Is overtaking Marcos’ lead still in fact possible?

The analogy to President Duterte’s late surge in opinion polls in 2016 has been made; Robredo’s campaign may be following the same trajectory, it has been asserted.

Former speaker Pantaleon Alvarez, who has switched his support and that of his party from Senator Ping Lacson to Robredo, makes exactly that argument. “If we study the same period before the 2016 elections, President Duterte’s numbers were also a bit slow to pick up, right?,” he told Rappler. But in fact, this isn’t exactly true. Duterte was already polling well in late 2015; he wasn’t in the lead yet, but was within striking distance. His ratings got an immediate boost from the first presidential debate in February; and in the March 15-20, 2016 survey, he had pulled ahead of erstwhile leader Jojo Binay, 24 to 23, just behind Grace Poe at 28.

The best survey template for understanding Robredo’s prospects today may actually be Binay’s run for the vice presidency in 2010. A reader on Twitter, “Nenita Marie,” was the first to suggest the idea: “Parang Jojo Binay surge po noong ’10 eventually nanalo by a squeaker.” My own best-case scenario for Robredo (“To win, Leni Robredo needs 22 million votes”) is based on just such a squeaker scenario: Robredo at 41%, Marcos at 40.

The Binay analogy holds even under closer scrutiny. Before filing his certificate of candidacy, the multi-term Makati City mayor was polling between 1 and 4%. After the campaign started in earnest, he trailed both Mar Roxas and Loren Legarda badly. In both the Social Weather Stations and Pulse Asia surveys for December 2009, Binay came in a distant third, polling at 10.2 and 14% respectively, behind Roxas (43.3 and 39) and Legarda (32 and 37).

To be sure, the lead that Marcos Junior enjoys is unprecedented; he is not only (as of the third week of March) 32 points ahead of Robredo; he has been polling since December at well above majority levels. It is not true that he is the first to record election preference ratings above 50%; Noynoy Aquino, in the immediate aftermath of his mother’s death, polled at 60% in the September 2009 SWS survey. But Marcos’ run of majority ratings – 53% in December, 60 in January, 60 in February, and now 56 in March, all in Pulse Asia surveys – is truly unprecedented.

I cannot independently verify the internal surveys that Cavite Governor Jonvic Remulla referenced when he spoke on my election program On the Campaign Trail on March 30, but his numbers, supposedly projecting a low of 58% and a high of 70 for Marcos, helps give us a peek inside the thinking of Marcos’ main supporters.

As closely analogous as the squeaker Binay victory in 2010 may be, it isn’t perfect. Marcos’ high polling IS uncharted territory.

But then, so is the Robredo campaign. While it is not exactly true, as my friend Gideon Lasco tweeted, that this is the first time in history that large crowds are turning out not to oust a president but to elect one (Cory Aquino’s campaign for the 1986 snap presidential election, when surveys were non-existent, was driven, in some part, by big and enthusiastic crowds), it is nevertheless true that the country has not seen a volunteer-driven campaign like Robredo’s.

It really is something to behold.

The large crowds are crucial (“Mobilization IS the message,” as I wrote on February 18.) Again, there is no necessary connection between large crowds and election victory. The largest campaign rally for a presidential candidate was Jesus is Lord founder Brother Eddie Villanueva’s miting de avance in 2004; a newspaper put the crowd size at an astonishing three million; perhaps the more accurate estimate would be between 1 and 1.5 million. But this massive crowd did not lead to Villanueva’s victory. He came in fifth, with just under 2 million votes.

But large campaign rallies are nevertheless a costly signal; they send a strong message of support, of the campaign’s state of organization. And if the large rallies are consistently mounted, even in the electoral strongholds of other candidates or political adversaries; if they are volunteer-driven but centrally coordinated; creatively programmed and performed; and open even to non-supporters, then they are also effective signals amid all the political noise. They are important, immediate victories that candidate and campaign volunteer alike can point to; they are focal points that motivate supporters and attract recruits, way stations to boost morale and lead supporters in the same direction. They help create the conditions for electoral victory.

Robredo’s house-to-house campaign (in other countries, this is called the “get out the vote” or GOTV part of election work) is not completely new; especially at the local level, knocking on doors has been long part of the election game. But what is new is that these are national candidates (Robredo, her running mate Senator Kiko Pangilinan, and her Senate slate) going house to house, joined by thousands of campaign volunteers (some 10,000 on launch day, April 3, according to the campaign), and mostly self-coordinating through the Leni 2022 app. (As of writing, it has been downloaded over 187,000 times.) Another important feature: many celebrities are joining the house-to-house campaign.

On both the macro and micro levels of election work, then, Robredo’s campaign is also in uncharted waters.

How did Binay overcome his ratings deficit in 2010? He ran an effective advertising campaign, his network of supporters made his postering and flyering a real standout, and he campaigned hard. In 2010 (and in 2016), he was the hardest-working campaigner in his race. Not least, he used his close relationships with local government officials, formed over many years with a lot of help from his sister-city program, to get them to switch sides.

Robredo, who is supported by a genuine people’s movement, also needs the help of professional politicians. That is why (to give only one example) the program in the Dagupan rally included a lot of stage time for Pangasinan politicians supporting her; it may have strained the audience’s patience (I was standing among the loudly disgruntled), but it was a necessary signal – of gratitude for the politicians’ support, of strength in an adversarial environment – that she and her campaign needed to send.

In the last 25 days, she also needs to fill the airwaves with advertising.

There are many other things she and her campaign can do, to pull even with Marcos. But as far as the key question is concerned, the answer is yes. Yes, there is still time, for Ro-mentum to pull her first across the finish line. – Rappler.com