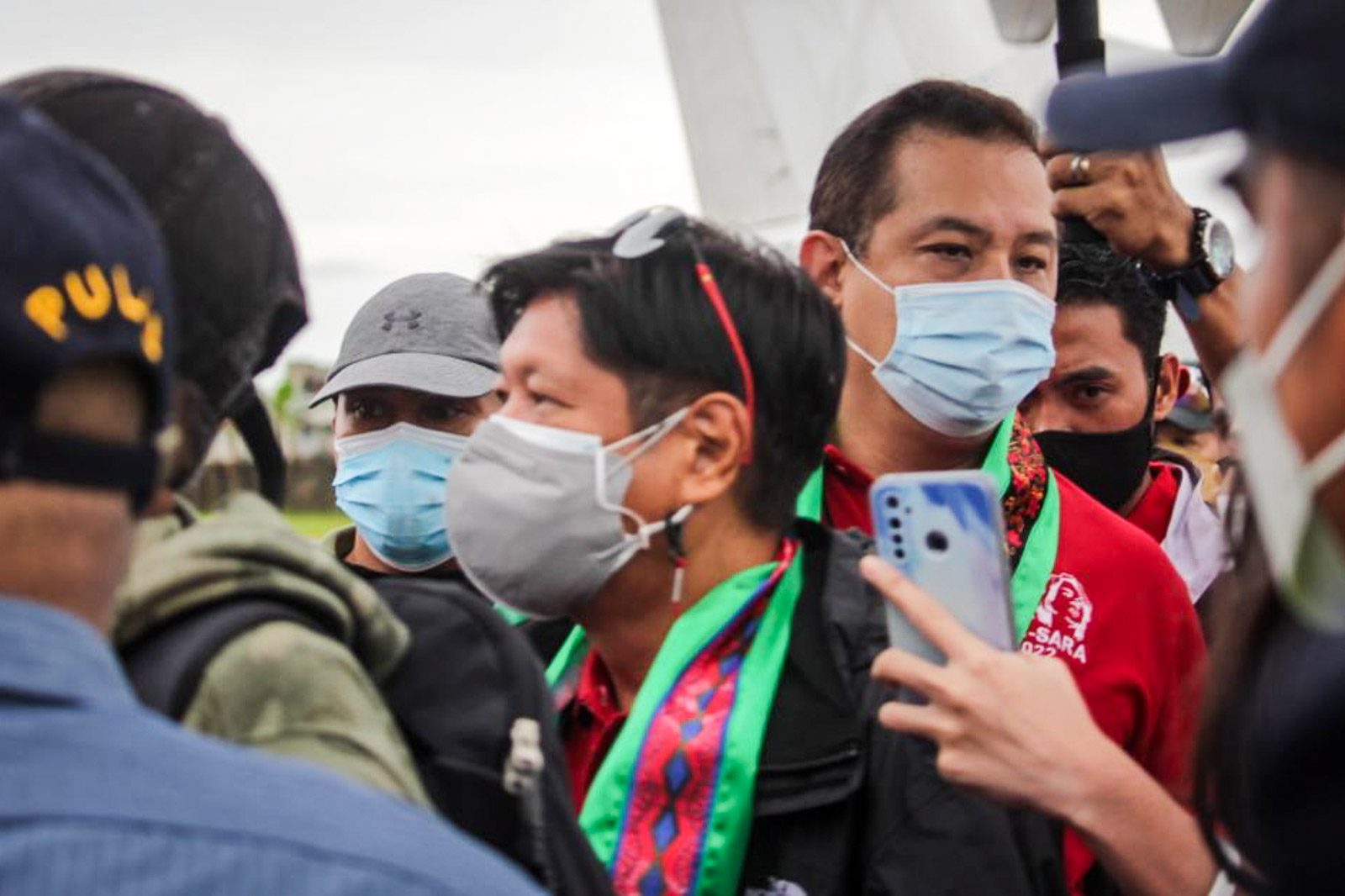 MANILA, Philippines – Continuing their strategy of consolidation, House Majority Leader Martin Romualdez, cousin of president-in-waiting Ferdinand “Bongbong” Marcos Jr., has secured the backing of former president Gloria Macapagal Arroyo and the ruling PDP-Laban to be the next House Speaker.

Members of the House of Representatives elect their speaker via a majority vote as stated in the Constitution, but the selection has always been a hyper-political process. It is a selection brokered by political operators and more often than not, has the blessing of the president.

Romualdez was a fixture in the Marcos-Duterte campaign, present in sorties even when Sara Duterte was not.

In a statement on Saturday, May 14, Arroyo, who is set to make a House comeback in the 19th Congress, urged her fellow Lakas-CMD members to support Romualdez’s speakership bid. The statement was apparently intended to quell any speculation that she may be eyeing the top House post which she held for less than a year, from July 23, 2018 to to June 20, 2019

Arroyo, who has been elected as Pampanga 2nd District congresswoman, is Lakas-CMD chair emeritus, while Romualdez is party president. Presumptive vice president Sara Duterte, who ran under Lakas-CMD, is the party chair.

“Majority Leader Martin Romualdez and I have been working together for decades in a joint effort to do our best to serve the Filipino people. Since 2010, our partnership involved our service as fellow members of the House of Representatives. I will be returning to the House on June 30, 2022,” Arroyo said.

“I would therefore like to advise the members of the Lakas-CMD that I am throwing my support for Majority Leader Martin Romualdez to be elected as House Speaker in the next Congress. I urge all members of our party to do the same,” added Arroyo.

“Our 62 newly elected PDP Laban Representatives are throwing their full support behind Romualdez because we believe in his capacity to unite and lead Congress for the passage of significant laws and initiatives for the benefit of the Filipino people,” Cusi said in a statement Saturday.

The National Unity Party (NUP) which endorsed Marcos and Duterte also backed Romualdez’s to be Speaker.

On Sunday, May 15, the Nationalist People’s Coalition (NPC) likewise threw in their support for Romualdez.

In a manifesto, 39 House members from the party in the incoming 19th Congress said Romualdez “has the experience and aptitudes that will effectively unify the House of Representatives in the passage of important and crucial legislative reforms for the country and for the Filipino people” under presumptive president Marcos Jr.

This seems like the plan all along because during a campaign sortie in Quezon in March, former house minority leader and key Arroyo ally Danilo Suarez answered a definitive “no” when asked if the former president would be Speaker once more under Marcos.

“I don’t think Gloria is aspiring to be the head of the House, I won’t be surprised if it’s Martin Romualdez. I already asked her,” said Suarez then.

Arroyo, Sara Duterte and Senator Imee Marcos were the triumvirate that ousted Duterte ally-turned-foe Pantaleon Alvarez from the speakership in 2018. Arroyo became speaker after Alvarez.

Romualdez was among those who eyed the speakership in 2019, but lost to Alan Peter Cayetano, who was backed by President Rodrigo Duterte. Cayetano was replaced a year later by Marinduque Representative Lord Allan Velasco. – Rappler.com