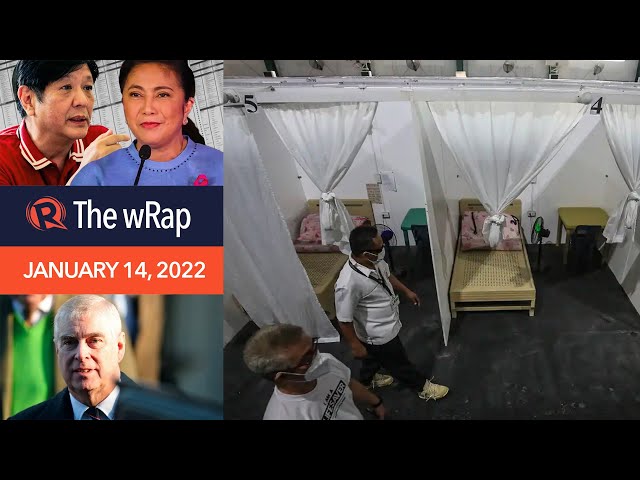 The Philippine health department shortens by a few days the recommended quarantine and isolation period for fully vaccinated Filipinos.

The transportation department will deploy “mystery passengers” in enforcing the widely-criticized public transport ban against the unvaccinated.

Vice President Leni Robredo says she would rather beat Bongbong Marcos in the May 2022 elections than see him disqualified in the presidential race.

The Royal Family removes Prince Andrew’s military links and royal patronages Thursday, January 13, as he fights a US lawsuit in which he is accused of sex abuse.

The Australian government cancels Novak Djokovic’s visa for a second time Friday, January 14, saying the world tennis No. 1, unvaccinated for COVID-19, may pose a risk to the community. – Rappler.com