Healthcare workers of the Jose Reyes Memorial Medical Center in Manila on Monday, August 3, stage a protest inside the medical complex as they call for a "time out" due to the overwhelming number of COVID-19 related cases, full hospital capacity and the demand for additional benefits for all medical frontliners in the country.

Facebook Twitter Copy URL
Copied
Presidential Spokesperson Harry Roque seeks to deflect public attention from Duterte’s reaction, claiming that while the President made such comments, he still approved some of the recommendations made by medical workers

Presidential Spokesperson Harry Roque said on Monday, August 3, that President Rodrigo Duterte’s outrage against medical frontliners stemmed from their public call through media to review the government’s response to the COVID-19 pandemic.

In a press briefing held a day after Duterte taunted health workers to stage a revolution, Roque said the President would have preferred if they sent a letter to him first.

According to Roque, “Ang hindi lang po nakakaalam ng liham ay si Presidente mismo.” (The President was the last to know about the medical community’s letter.)

(What the President said was clear, they didn’t need to create a splash. They should have given him a chance to address their concerns before they created publicity, because from what we’ve observed, their webinar was called before the President received their letter.)

Piqued Duterte taunts doctors to mount ‘revolution’ against him

On Saturday, August 1, some 80 medical societies called on the government for a two-week timeout as they warned that the country’s health system was overwhelmed by a recent surge in cases, and that the country was losing its battle against the pandemic.

In sounding a distress signal, the medical community urged the government to collaborate with experts among them to refine current pandemic strategies.

But Duterte took it the wrong way and claimed that “rampaging” doctors were crying out for a “revolution.”

““Huwag kayo magsigaw-sigaw, ‘revolution.’ Magsabi kayo revolution, then ngayon na. Try it. Patayin natin lahat ng may COVID-19. Is that what you want? We can always end our existence in this manner,” ranted Duterte.

“We are not incompetent because we are not doctors. You should do the soul-searching, not us. Kayo, makatulong sana. Wala kayong ginagawa kung ’di magreklamo (You could be helping but all you do is complain),” he added. 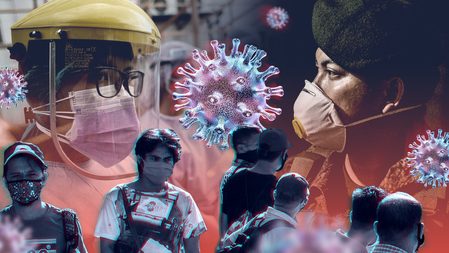 Medical societies pointed out how the President misunderstood their call, saying they only urged the government to review its response and to collaborate with experts among them to improve the country’s pandemic response.

“The call was for the DOH (Department of Health) and IATF (Inter-Agency Task Force) to provide HCWs (healthcare workers) a fighting chance in the war against COVID and prevent unnecessary fatalities – NOTHING more,” said Dr Mario Panaligan, president of the Philippine College of Physicians (PCP) earlier on Monday.

In a “letter of clarification” to Duterte, Panaligan also pointed out that the PCP wrote the DOH regarding health workers’ concerns in April, but that neither the DOH nor the IATF replied to their requests.

“We bear no ill will and have acted without malice towards the implementers of the law and the bayanihan as one goal, but our empty cries had to be made known somehow,” Panaligan added. (READ: Staging revolt? Medical workers tell Duterte: Our enemy is COVID-19)

Asked where Duterte got the idea of “revolution,” seeing that medical workers never mentioned this in their appeal, Roque said it may have been a product of ill timing since it came at the end of a series of criticisms raised against Duterte’s handing of the pandemic.

(This came after Senator Franklin Drilon repeatedly called the IATF a failure, which Vice President Leni Robredo echoed, and that revolution song was spreading. So the President said if people who want to exploit the pandemic are making a fuss and want to change him through a revolution, go ahead and do it. I’m just repeating the President’s words.) Despite this, Roque sought to deflect public attention from Duterte’s reaction, claiming that while the President made such comments, he still approved some of the recommendations made by medical workers.

Roque urged the public to set aside the “issue” as the President was only expressing his feelings.