Three bodies of drug war victims are exhumed as the five-year lease expired on the apartment tombs in Manila North Cemetery, Manila on September 17, 2021. They will be cremated and be given to their families. The International Criminal Court (ICC) pre-trial chamber has opened the crucial investigation into the Philippine war on drugs, the court's pre-trial chamber announced on September 15. The ICC will look not only at President Rodrigo Duterte's bloody war on drugs, but also at killings by the so-called Davao Death Squad when Duterte was mayor and vice mayor of Davao City. Rappler

Facebook Twitter Copy URL
Copied
'The conduct and method has always been the issue so we'll look at it,' says the incoming justice chief

MANILA, Philippines – The Department of Justice (DOJ) under president-elect Ferdinand “Bongbong” Marcos Jr. will continue the drug war review to reinvestigate cases of killings in legitimate police operations, according to incoming justice secretary Jesus Crispin “Boying” Remulla who said his department will look into the “red flag” and “pattern” of the anti-drug campaign. 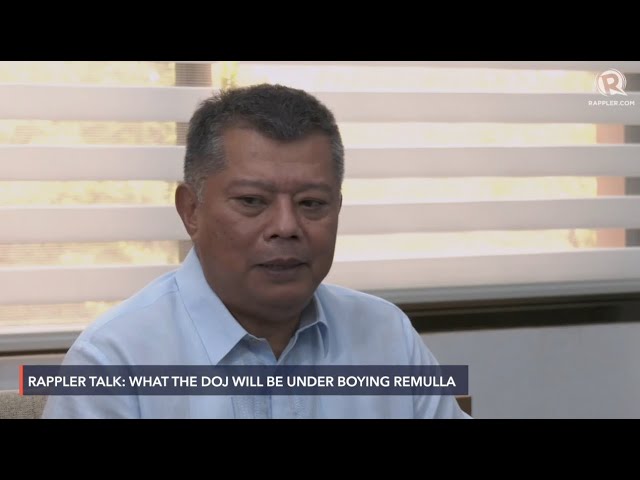 “Yes I will continue it, I will not stop the government from doing [the drug campaign], but I might caution them on some red flags again,” said Remulla in a Rappler Talk interview Tuesday, May 31.

Asked if he was referring to “nanlaban” or the notorious police narrative that the suspect fought back or resisted arrest with a gun and therefore had to be killed, Remulla said: “Hindi, marami yan (no, there are a lot), it’s really the pattern that goes into it.”

The International Criminal Court or ICC’s Office of the Prosecutor (OTP) opened an investigation into President Rodrigo Duterte’s drug war, to look into allegations that there was a state policy of killing and coverup. The human rights community, both local and international, has slammed the DOJ’s drug war review, describing it as a ploy to keep the ICC at bay.

By Rome Statute principle, if domestic systems are proven to be working to exact accountability, the ICC would not be needed.

The Rome Statute was the treaty which established the ICC. It has jurisdiction “limited to the most serious crimes of concern to the international community as a whole.” These international crimes are: genocide, crimes against humanity, war crimes, and the crime of aggression.

Marcos had already expressed intent to continue President Rodrigo Duterte’s drug war, although the president-elect had said before he will change some parts of it. Duterte’s drug war, which had killed an estimate of 27,000 people, is under investigation by the International Criminal Court (ICC) for alleged crimes against humanity.

Remulla said “it’s not the goal” of his drug war review to continue keeping the ICC at bay. At the moment, the investigation is on pause as a procedure and the Philippine government has been asked by the OTP to submit proof that there are genuine local steps to solve the cases.

“Of course the ICC is there, and we have a functioning judicial system, so kung wala tayong kasalanan ano ang kanilang trabaho? (If we’re not doing anything wrong, what is their job?) We just wait, let’s see how it goes,” said Remulla.

The drug war review started by his predecessor, Menardo Guevarra, has so far resulted in more complaints filed, or at least investigations opened but they are only a few dozens compared to the thousands of killings. As of last data, more than 7,000 were killed by police officers.

The Commission on Human Rights (CHR) has repeatedly complained that the DOJ stonewalled them on data and information, and that the process of the review has so far been superfluous. In the opinion of some human rights lawyers, drug war killings can easily go straight to trial because there is a dead body and nanlaban is a defense.

Relatives of those killed in the drug war look at the ICC as their only hope.

For the first time in Philippine history as member of the ICC, the court had granted a limited immunity to a crucial witness – former Davao cop Arturo Lascañas, a self-confessed killer of the alleged Davao Death Squad supposedly ran by Duterte while he was mayor and vice mayor of Davao City. The death squad is part of the coverage of ICC’s investigation. 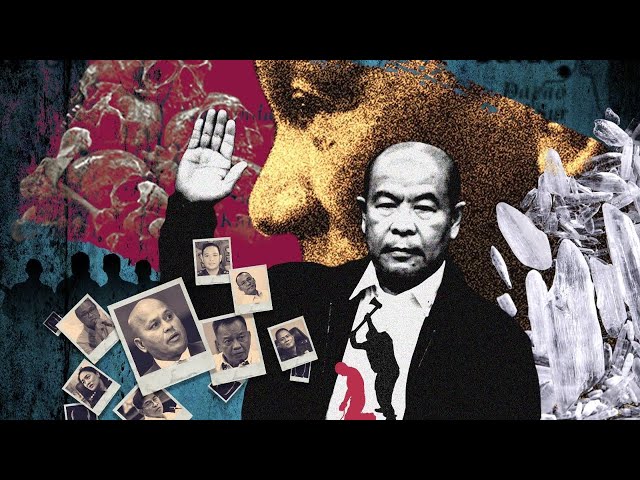