HEROES. Photos of the five rescuers who died in the middle of rescue operations in Bulacan due to Typhoon Karding.

MANILA, Philippines – At least three senators on Tuesday, September 27, paid tribute to the five rescue workers in Bulacan, who died in the line of duty during the onslaught of Typhoon Karding.

“Now, therefore, be it resolved by the Senate, as it is hereby resolved, to commend and honor the extraordinary heroism of five members of Bulacan Province’s Disaster Risk Reduction Management Office who died in the line of duty during the onslaught of Super Typhoon “Karding” and express profound condolences and deepest sympathies of the Senate of the Philippines to the bereaved families,” Villanueva’s resolution read.

According to local authorities, the five rescue workers died after a flash flood swept them while in San Miguel town, in Bulacan. The bodies of the rescuers were later retrieved in the town. Bulacan, Nueva Ecija, and Quezon Province are among the most badly hit areas by the typhoon. The Philippine government said at least eight people died, while three are still missing because of Typhoon Karding.

In his resolution, Villanueva also said the rescue workers deserve “respect and recognition of the entire country” for being “true heroes.”

“…the five rescuers from Bulacan acted with incredible bravery and self sacrifice and went above and beyond the call of duty to save the lives of others at the cost of their own. They were veteran rescuers who have also helped other local governments throughout the country in previous calamities and disasters,” the senator added.

In his resolution, Lapid condoled the passing of the fallen heroes.

(I am deeply saddened by the passing of our rescuers, who gave their life just to help and rescue their fellow Filipinos. Words are not enough to express my sadness for what happened to our colleagues.) 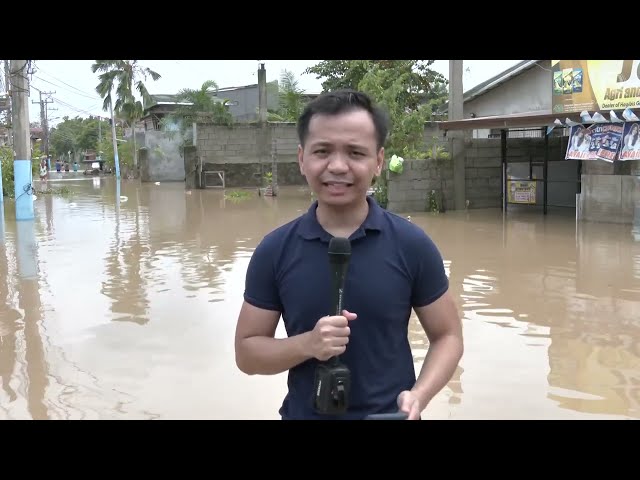 Padilla, in his resolution, said the rescuers’ heroism reflect their love for the Philippines and fellow countrymen. The senator added that their bravery and courage will serve as inspiration to their fellow rescue workers.

“Whereas, the heroism and bravery shown by these five men, who sacrificed their lives to save their people, is an exemplary act worthy of praise and emulation and more importantly, and embodiment of dedication, courage, devotion to duty and commitment to public service,” Padilla’s resolution stated. – Rappler.com