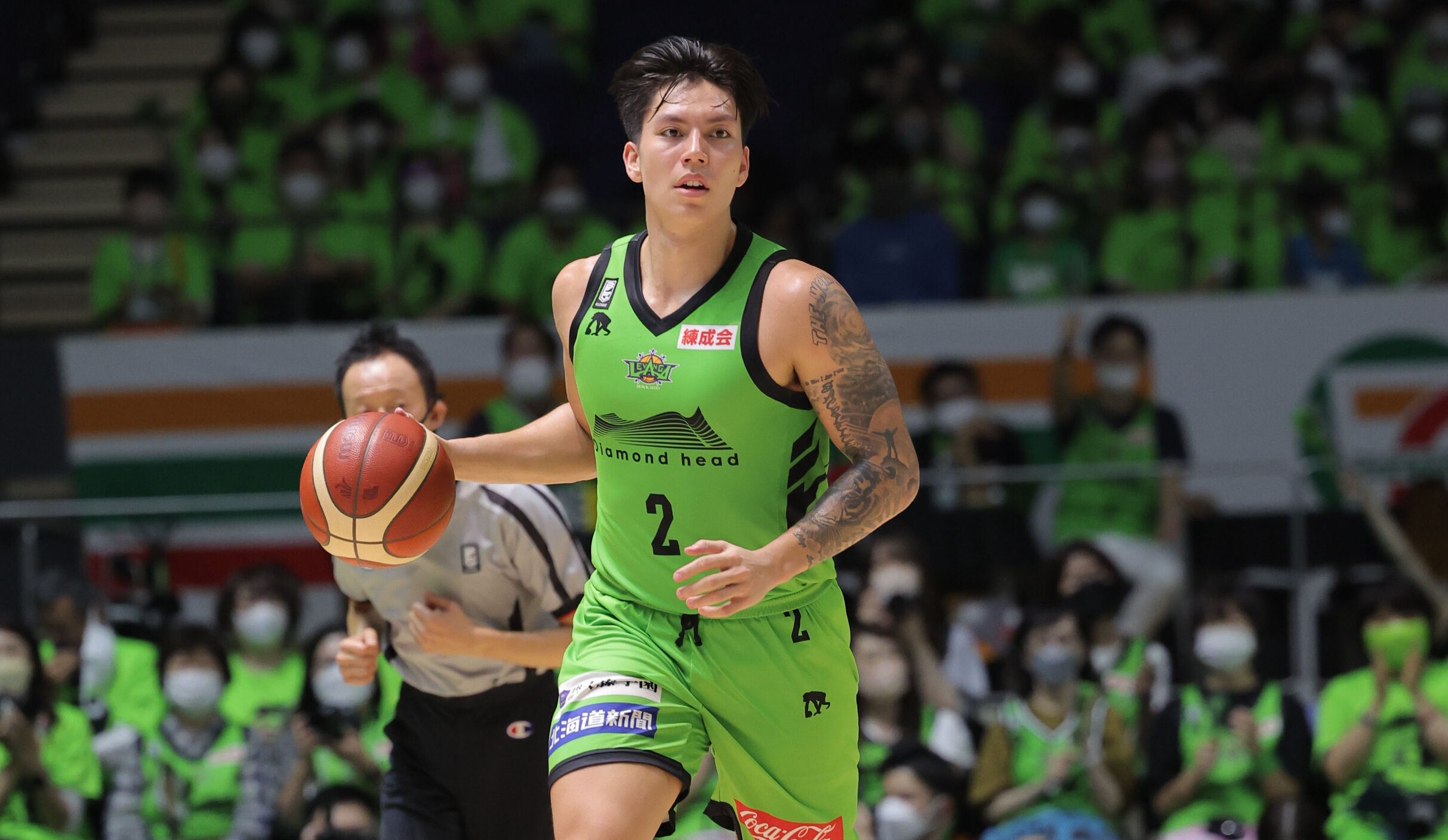 Facebook Twitter Copy URL
Copied
Dwight Ramos drops 15 points in his debut for his new Japan B. League team Levanga Hokkaido, while Kiefer Ravena and Ray Parks score 12 each for the Shiga Lakes and the Nagoya Diamond Dolphins, respectively

MANILA, Philippines – Dwight Ramos’ solid debut for his new Japan B. League squad Levanga Hokkaido went for naught as they fell to the Akita Northern Happinets in a close one, 95-90, on Saturday, October 1.

The Gilas Pilipinas sensation Ramos, who previously played for the Toyama Grouses in his first season in the B. League, dropped 15 points on an efficient 6-of-10 shooting, on top of 5 rebounds and 2 assists in the losing effort.

Hokkaido had no answers for Akita’s American import Stanton Kidd, who exploded for 29 points on an almost perfect 12-of-13 clip from the field.

With Akita leading by its biggest at 13 points, 89-76, with 4:03 left to play, Ramos displayed his clutch genes and poured in 8 of his 15 markers down the stretch to help Hokkaido cut the margin to just a single possession, 90-93, with 28 seconds remaining on the game clock.

Kidd, however, shrugged off any hopes of a Hokkaido comeback as he quickly countered with a two-pointer in the next play, which settled the final count at 95-90.

Ramos’ fellow imports Brock Motum and Shawn Long tallied identical double-double stat lines of 23 points and 11 rebounds for the Levanga, who will shoot for a bounce-back win against the Northern Happinets on Sunday, October 2 at 1:05 pm, Manila time.

Like Ramos, Kiefer Ravena’s double-digit outing for the Shiga Lakes was not enough as they suffered an 88-80 loss to the Gunma Crane Thunders.

Down by just 3 points halfway through the payoff period, 69-72, Shiga suddenly failed to keep in step with Gunma as the latter unleashed a 7-0 blast to increase its lead to double-digits, 79-69.

A basket by Ravena at the 3:40 mark sliced the deficit back to 8, 71-79, but the Crane Thunders were just simply too much for the Lakes to contain in the endgame.

Ravena, Shiga’s new team captain, finished with a near double-double of 12 points and 8 assists in the loss.

Michael Parker led the Crane Thunders with 25 points and 8 rebounds, while Ivan Buva paced the Lakes with 28 markers and 8 boards.

Moving on to a winning note, Ray Parks and the Nagoya Diamond Dolphins reasserted their mastery over the Seahorses Mikawa for a 2-0 start to the 2022-2023 B. League season.

After putting up 14 points in their season opener on Thursday, September 29, Parks sustained his fiery form for the Dolphins as he scored 12 on 6-of-11 shooting.

Nagoya banked on a strong third-quarter run, where they outscored Mikawa, 22-5, to turn a two-point halftime disadvantage, 39-41, to a huge 15-point lead, 61-46, before entering the final frame.

The Seahorses managed to tie the game at 70-all with under 3 minutes left in the game, before a clutch jumper by Parks sparked another massive 10-0 Dolphins run, which ultimately put Mikawa away for good.

Coty Clarke showed the way for the Dolphins anew with 20 points, while Scott Eatherton (16 points and 11 rebounds) and Takumi Saito (9 points and 18 assists) also came up big in the win

Davante Gardner topscored for the Mikawa with 22 points, 7 rebounds, and 4 assists.

Meanwhile, in Division 2, Jordan Heading wasted no time in making his presence felt in the B. League as he delivered 14 points in the Nagasaki Velca’s 88-77 win over the Kumamoto Volters.

The former Gilas sharpshooter Heading connected on only 2 out of his 7 triples, but went 4-of-5 from the two-point area, to go along with 2 rebounds and 3 assists in 24 minutes of play.