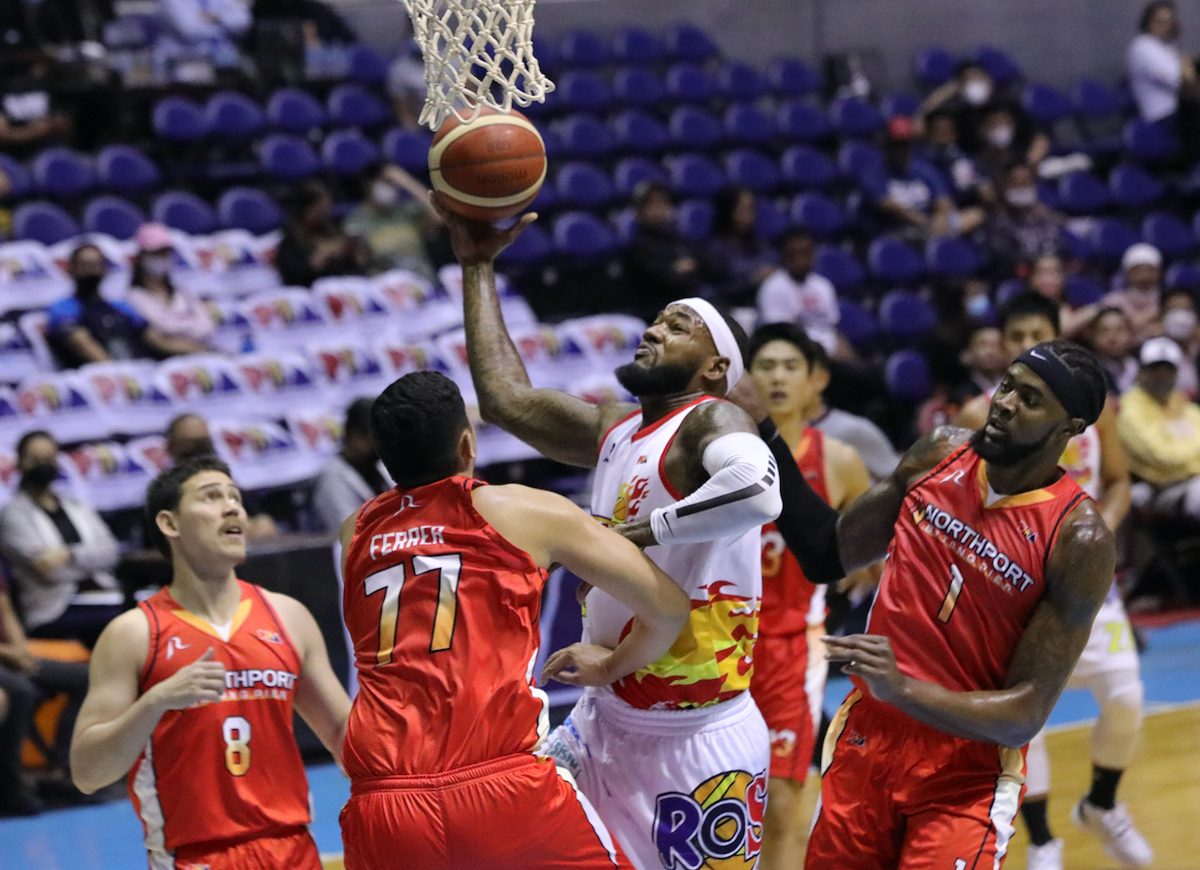 EVEN RECORD. Steve Taylor and Rain or Shine pick up their fourth win in eight games.

MANILA, Philippines – Steve Taylor Jr. came up with the game-winning plays as Rain or Shine completed a 76-75 escape act against NorthPort in the PBA Commissioner’s Cup at the Araneta Coliseum on Friday, November 4.

Taylor finished with 20 points, 16 rebounds, 2 steals, and 1 block, delivering the go-ahead layup and the win-sealing swat in back-to-back plays to guide the Elasto Painters back to the winning column for an even 4-4 record.

Up 75-74 with 1:30 minutes left, the Batang Pier saw two straight timeouts go to waste after Kevin Ferrer turned the ball over during an inbound pass, paving the way for Taylor to give his side the lead off a Rey Nambatac pass.

Taylor then denied a Roi Sumang jump shot in the ensuing play, and although he missed both of his free throws after being fouled with five ticks left, Rain or Shine held on to the win as Santi Santillan grabbed the offensive board.

Anton Asistio led the Elasto Painters’ locals in scoring with 12 points, 9 coming in the third quarter, while Santillan put up 10 points and 3 rebounds.

While there were only three Rain or Shine players in double figures, the Elasto Painters banked on a balanced scoring attack with four more finishing with at least 5 points.

Robert Bolick showed the way in the loss with 18 points and 4 assists as NorthPort absorbed its third straight defeat and sank to 3-5, a major turnaround from its promising 2-1 start.

William Navarro posted a double-double of 13 points and 11 rebounds, while import Prince Ibeh chalked up 10 points, 11 rebounds, 3 blocks, and 3 steals for the Batang Pier.