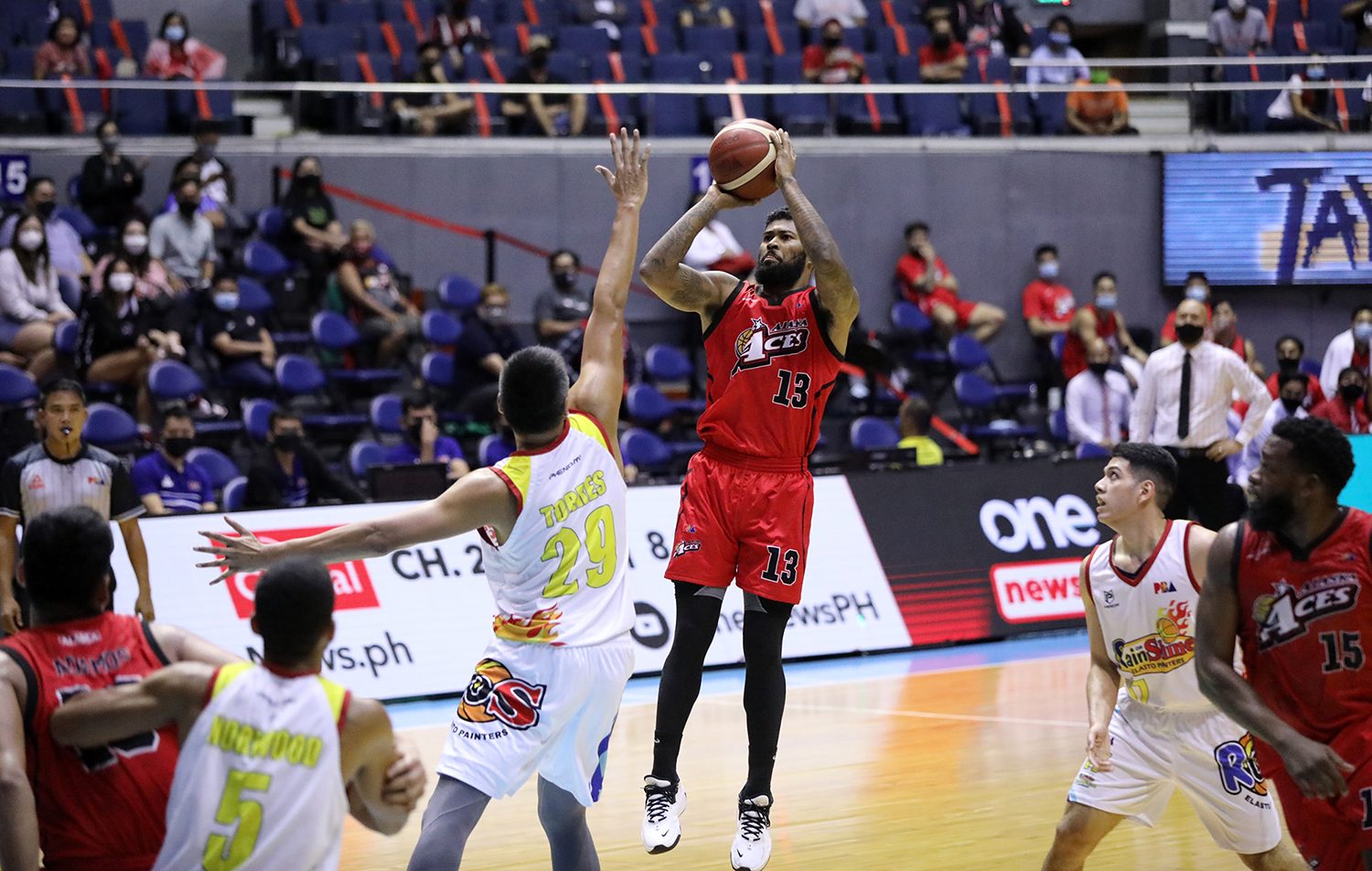 EMOTIONAL. The Alaska Aces fought through an emotional retirement announcement for their first Governors' Cup win of the year.

MANILA, Philippines – The Alaska Aces started their PBA swan song on the right note with a thrilling 80-74  Governors’ Cup win over the Rain or Shine Elasto Painters at the Araneta Coliseum on Thursday, February 17.

With the win, the championship-gunning Aces rose to 4-2 for the conference in joint third place with the Phoenix Fuel Masters. Meanwhile, the Painters slid down to an eighth-place tie with the TNT Tropang Giga at 3-4.

Import Olu Ashaolu led the emotional win with a huge 23-point, 17-rebound double-double, while team captain Maverick Ahanmisi added 14 markers, and stayed composed in the endgame to sink a clutch layup for the 79-74 lead with just 13 seconds left.

Rain or Shine tried to make it a one-possession game shortly after, but import Henry Walker’s triple clanked off, followed by a game-sealing steal by Robbie Herndon that resulted in a chippy foul by enforcer Beau Belga with just 7 ticks left.

Cooler heads prevailed after a brief war of words and shoves among multiple players as Herndon put the game away with a split trip from the free-throw line to set the final score.

“I can’t explain how proud I am with the guys, especially in today’s game. It being the first day since the announcement, and our first game of the year, it’s been a long wait,” said head coach Jeffrey Cariaso after the game.

“This goes out to all the 16 guys in the locker room who remained focused, and kept on working hard. Tonight, we never gave up against a Rain or Shine team which is always in the game, always in the fight. We’re just happy to be able to pull it off tonight.” Mike Nieto, meanwhile, chipped in 13 markers on 15 shots, and 7 boards in his second straight start as a pro player. The Ateneo alum recently turned heads after a stellar 21-point, 8-rebound debut in his last game.

The Aces will only have a day’s rest, and will soon aim for three straight wins against the Terrafirma Dyip on Saturday, February 19, 4 pm. Meanwhile, Rain or Shine will try to stage an upset on Sunday, February 20, 4 pm, against the once-unbeaten Meralco Bolts.

Bishop, Maliksi conspire in 4th as Meralco turns back Rain or Shine