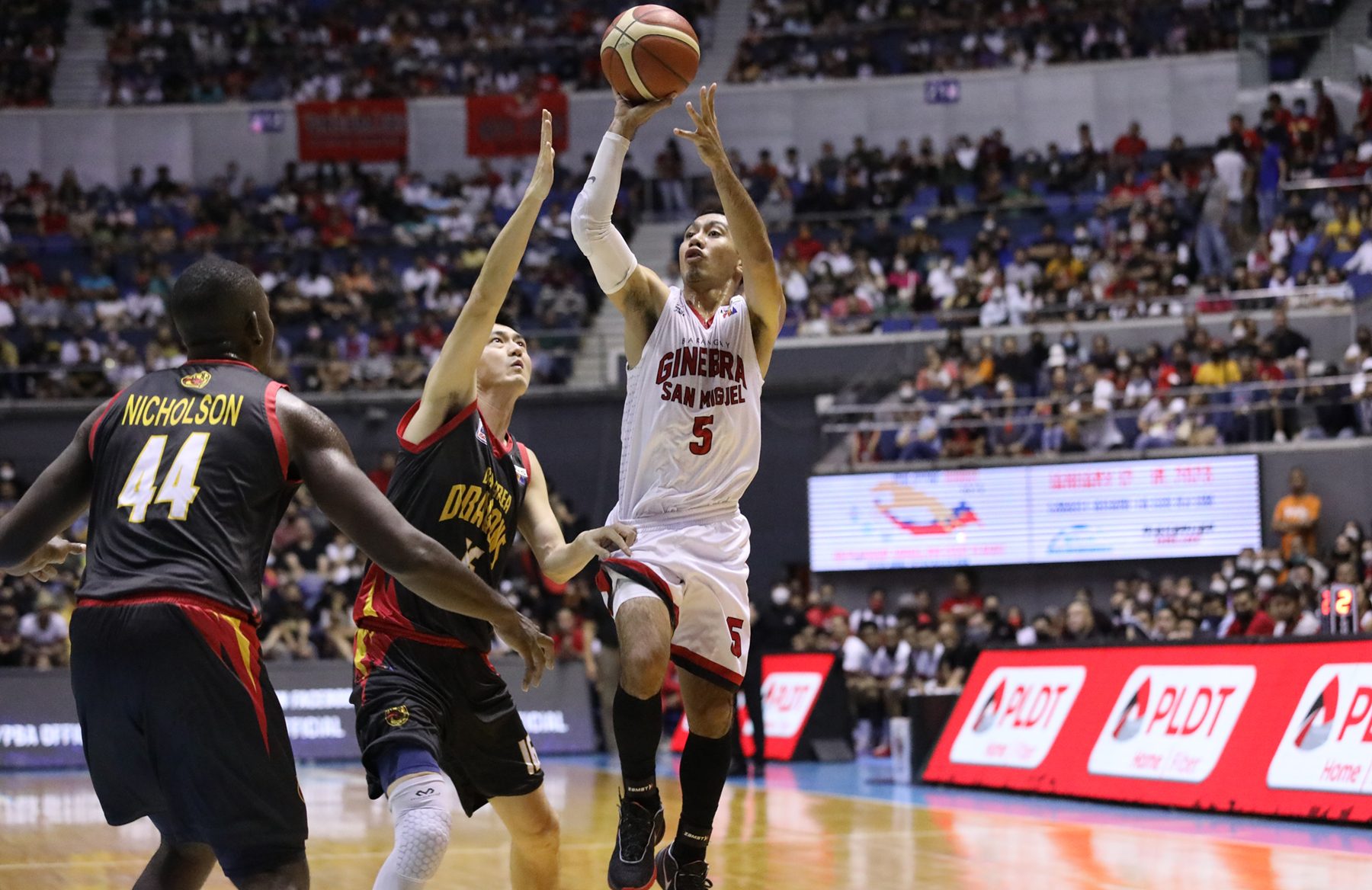 “We didn’t have a whole lot of focus from the start, I felt,” Cone told reporters after their 99-82 loss that saw the best-of-seven series get tied at one game apiece on Wednesday, December 28.

“They got everything they wanted tonight and we can’t get anything that we wanted to do. They did a great job of disrupting.”

“Coach Brian (Goorjian) did a great job selling to the press and selling to you guys and everybody else about the calls from last game,” Cone added. “Did a great job of selling it. And we knew we weren’t gonna get any calls tonight – it was like we were the visiting team tonight.”

Ginebra got dealt almost double the amount of fouls compared to the Dragons – 21 to 13 – causing a huge disparity in free throw attempts, 21 to 5.

“They played hard, we tried to get us into rhythm but they broke that rhythm and they got the win home,” said Brownlee of their opponents’ defense.

Perhaps a feeling of invincibility was felt after securing that second straight win this conference against the Hong Kong-based guest, Cone said, but that went all for naught following the 17-point loss.

“They had a great adjustment coming into Game 2. We knew it was going to be hard and tough, but they had a beautiful adjustment… that’s the beauty of the series, we can adjust next time and stick to our coaching staff’s game plan,” said Thompson, who had 9 markers.

“It will be tougher since it’s the holidays. It’s the new year, another round of sacrifice to each and every one of us, especially to our families.”

Ginebra will try to wrest control of the title series again in Game 3 next Wednesday, January 4, at the Mall of Asia Arena. – Rappler.com