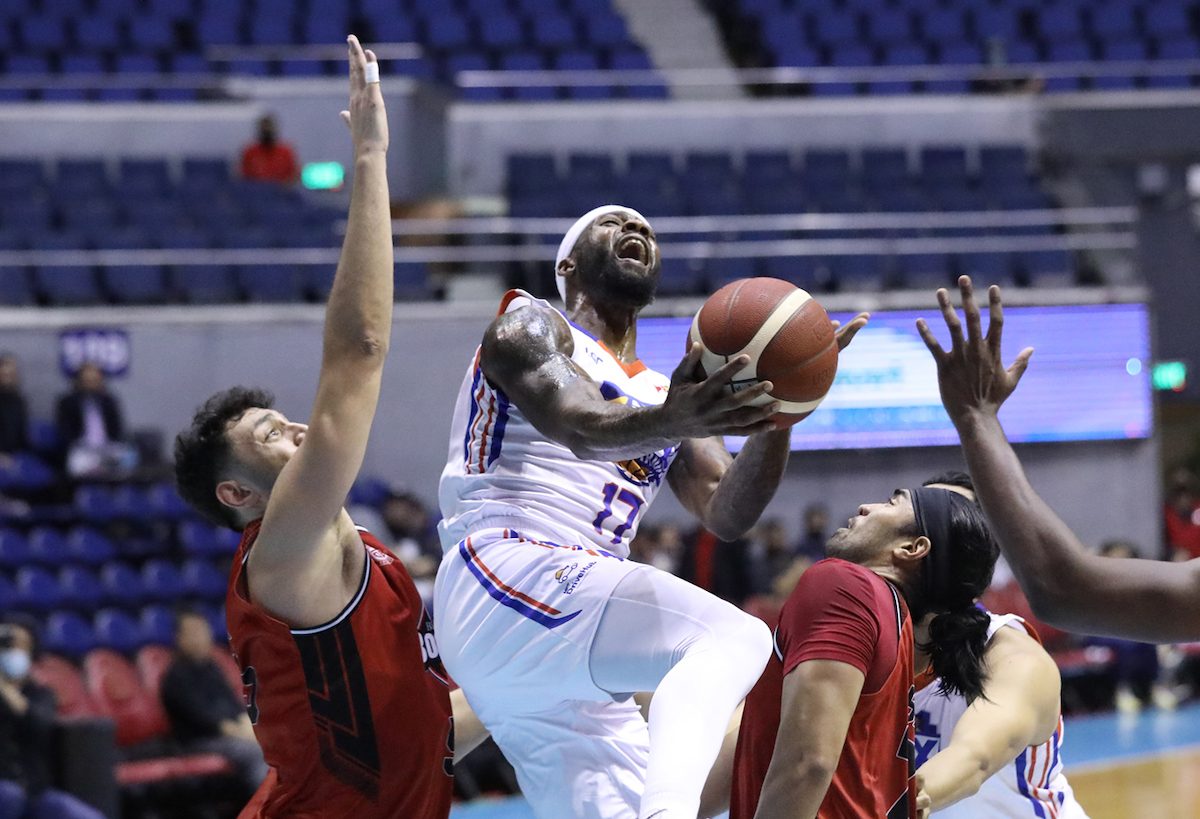 BIG TIME IMPORT. Jonathon Simmons proves his mettle as a former NBA player as he guides NLEX to a dominant win.

MANILA, Philippines – Jonathon Simmons hurdled all obstacles to debut for NLEX and helped power NLEX to a 124-102 blowout of Blackwater in the PBA Governors’ Cup at the Araneta Coliseum on Wednesday, January 25.

The former NBA player churned out a game-high 32 points on top of 9 rebounds, 7 assists, and 2 steals after securing a FIBA clearance to play for the Road Warriors from his Chinese Basketball Association team Shanxi Loongs.

Simmons connived with Kevin Alas as they combined for 63 points in the runaway victory that saw the two outscore the entire Bossing, 29-21, in the fourth quarter for a rousing start to the conference.

Blackwater trailed by just 3 points at the end of the third frame, 81-84, before Alas took over in the final salvo, uncorking 19 of his 31 points in the period as NLEX pulled away.

“We’re lucky we have him,” Road Warriors head coach Frankie Lim said in Filipino of Simmons, who played for the San Antonio Spurs, Orlando Magic, and Philadelphia 76ers.

The romp marked the Road Warriors return of Sean Anthony and the debut of new acquisitions Jake Pascual and Hesed Gabo.

Former PBA D-League MVP Gabo netted 5 points in his first PBA game, while Anthony and Pascual – who were part of a three-team trade with TNT and Phoenix – combined for 5 points and 9 rebounds.

Returning Bossing import Sean Glover delivered his usual numbers of 26 points, 7 assists, 5 rebounds, and 4 blocks, but he coughed up 8 turnovers as Blackwater crashed to its seventh straight loss dating back to last conference.

Ato Ular put up a double-double of 14 points and 11 rebounds in the defeat.