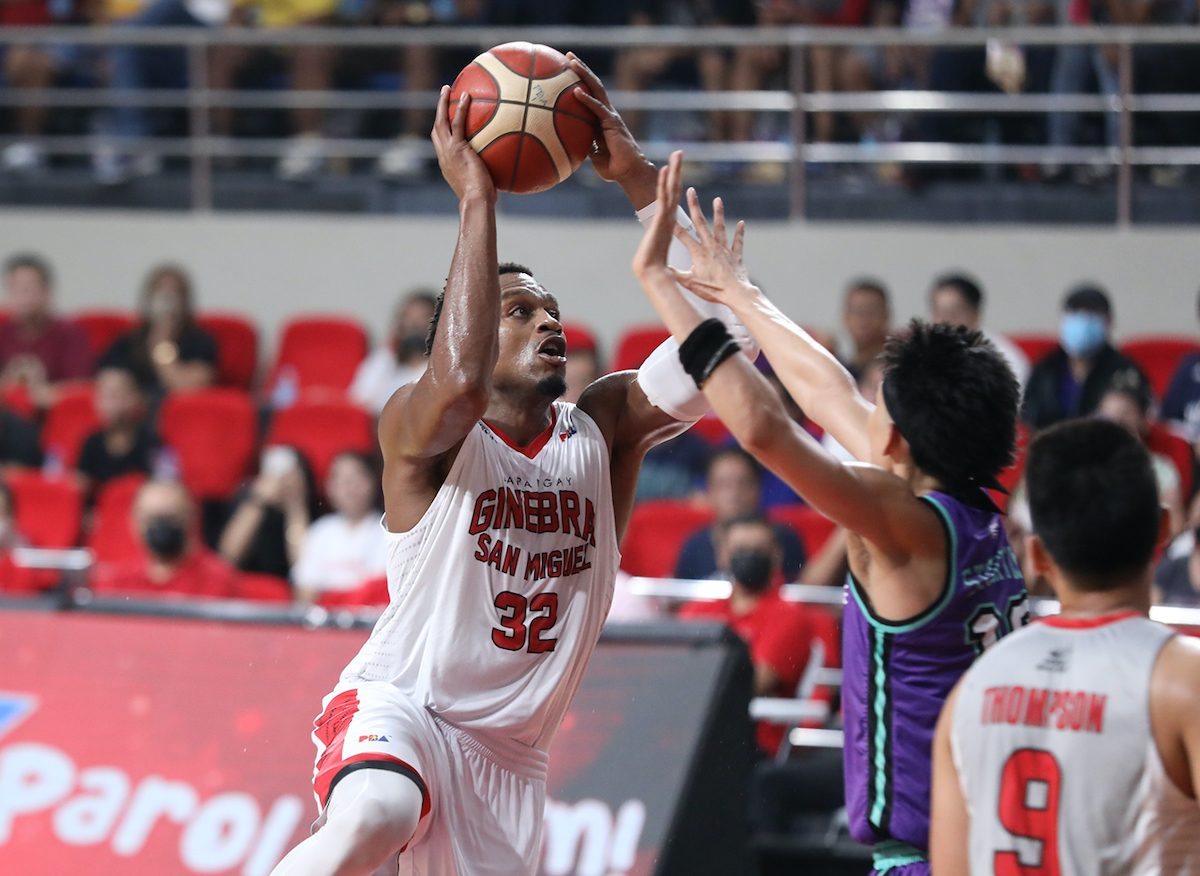 PLAYOFF BONUS. Justin Brownlee has Barangay Ginebra gunning for a twice-to-beat advantage in the playoffs.

MANILA, Philippines – A near triple-double performance is a normal day in the office for Barangay Ginebra import Justin Brownlee.

But what made the feat more impressive is the fact it came at a time when Brownlee is in the thick of things for his campaign to become Gilas Pilipinas’ naturalized player.

Gin Kings head coach Tim Cone lauded Brownlee for never missing a beat after he powered Ginebra to a 115-96 win over Converge on Wednesday, November 30, a day after his naturalization bid hurdled the House of Representatives.

Brownlee put up 25 points, 12 rebounds, and 9 assists as the Gin Kings ended the elimination round with a 9-3 record and stayed in the running for a twice-to-beat advantage in the quarterfinals.

“He never missed a moment in practice. He was going there, coming back, we did not take any days off,” said Cone. “Certainly a sacrifice for him, trying to keep [his] energy level up and having to do these things at once and focus.”

“It is quite a process.”

According to Cone, Brownlee at one point brought his Barong Tagalog to practice just so he can go straight to the Batasang Pambasa for a hearing.

“I think if you’ve never been through that, you do not really know what it is like. But Justin is sitting here being Player of the Game despite doing all that. Awesome,” Cone said.

“It is a whirlwind for him right now. Hopefully it will settle down as we go into the playoffs.”

The two-time PBA Best Import said he is “blessed and honored” as he nears his goal of being a naturalized Filipino and representing the Philippines on the international stage.

Brownlee is being eyed by the Samahang Basketbol ng Pilipinas to reinforce the national team in the sixth and final window of the FIBA World Cup Asian Qualifiers, where the country will host Jordan and Lebanon in February.

“I’m excited for the fans, a lot of Ginebra fans have been wanting me to play for the national team,” said the 34-year-old American.

“I know this is a rare moment to happen here, just so excited, trying to enjoy every moment.”

As Brownlee continues to undergo the naturalization process, he also has his eyes set on winning his sixth championship with Ginebra. – Rappler.com