The 2018 Asian Games gold medalist tallied a total of 7.52 after scores from the run phase and her second trick.

Didal clinched a finals berth after a seventh place finish earlier Monday, cracking into the top eight of the 20-skater field in the eliminations to advance to the medal round.

Among those who surprisingly didn’t make the cut were the Brazilian favorites, world No. 1 Pamela Rosa and No. 4. Leticia Bufoni.

The Filipino opened her Olympic medal bid with a 2.33 in her first 45-second run, followed by a 2.22 in the second to muster a sixth place finish in the overall after the run phase.

In the opening round of the tricks section, Didal had a momentary scare after limping off after her failed attempt.

But the spunky Cebuana continued to push through as she recorded a 2.97 in the second trick.

Didal, though, clearly showed signs of an injury from the earlier fall with three straight failed attempts in the last three rounds.

Despite, failing to show any tricks in the end, the 22-year-old got back up immediately to shout “arigatou! (Thank you!)” to fans and cheered loudly for the rest of the competition.

She was also the first to give Leal a hug after the 13-year-old Brazilian star’s last trick attempt gave her the Olympic silver. 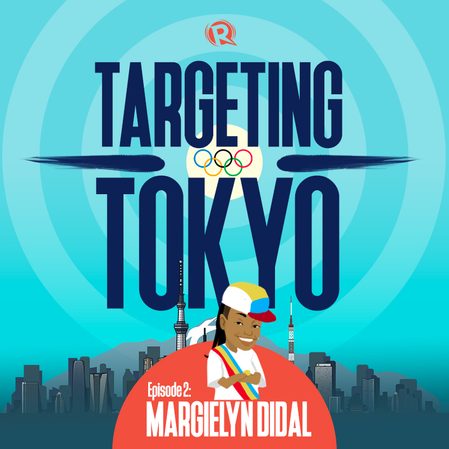 Didal first rose to prominence as she won the Asian Games’ first skateboarding gold in the women’s street event in 2018.

The Cebuana, who bagged double gold medals in the 2019 Southeast Asian Games, continues to rally for Philippine skateboarding, which used to be banned in her hometown. – Rappler.com