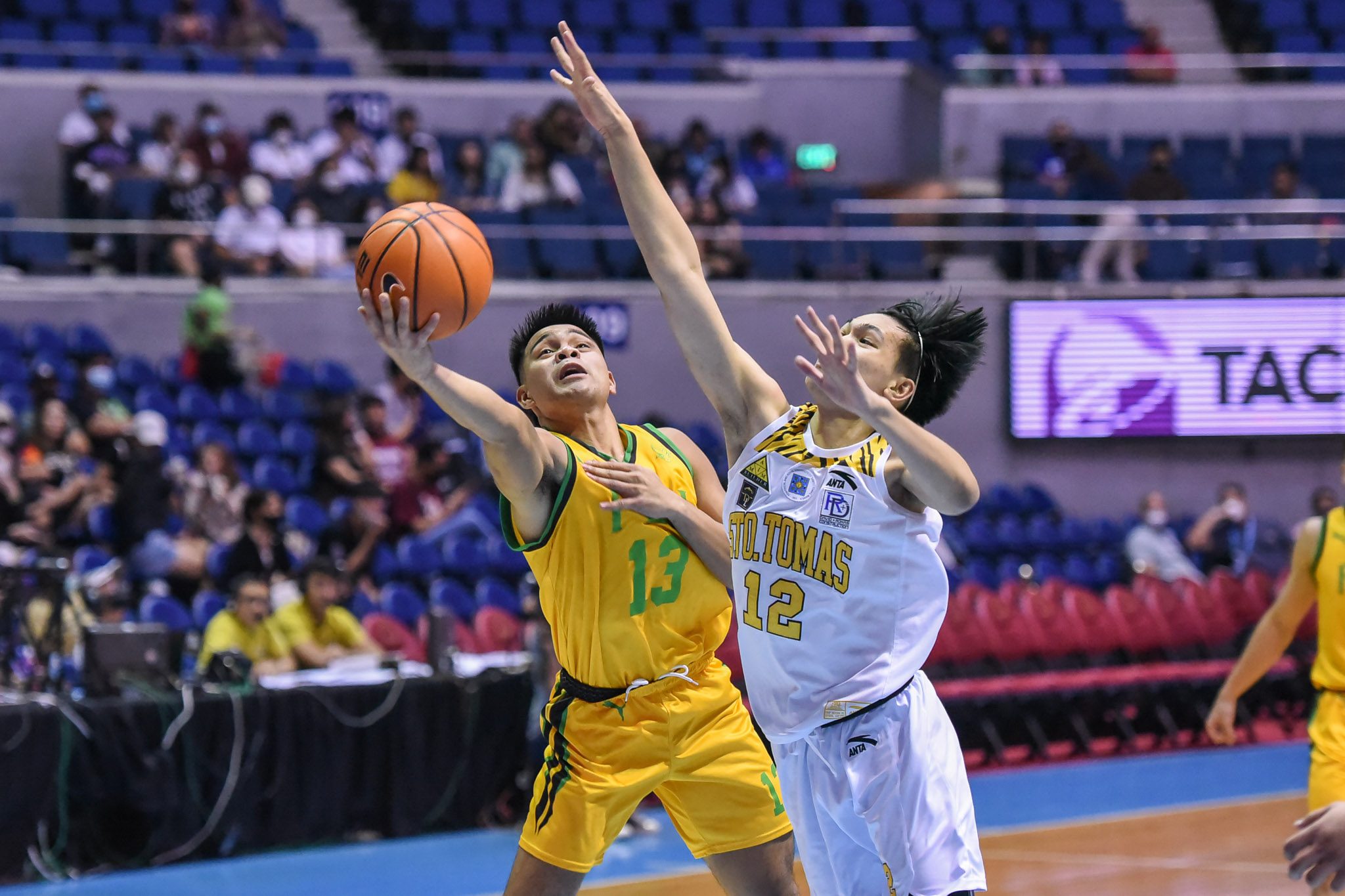 MANILA, Philippines – The FEU Tamaraws wrapped up their campaign in the UAAP Season 85 men’s basketball tournament on a winning note as they dominated the UST Growling Tigers, 77-62, at the Smart Araneta Coliseum on Saturday, November 26.

After seeing their league-best eight straight Final Four appearance streak come to an end last Wednesday in their 75-70 defeat at the hands of the Adamson Soaring Falcons, the Tamaraws bounced back big and snapped their four-game losing skid, thanks to the all-around efforts of LJay Gonzales and Bryan Sajonia.

Gonzales finished with 15 points, 4 rebounds, 4 assists, and 2 steals, while Sajonia added 11 points, 2 rebounds, 2 assists, and 4 steals for the Tamaraws, who finished the season with a 5-9 record despite starting off the opening round with a 0-5 slate.

On the other side, Ivan Lazarte topscored for UST – which played without its super-scorer Nic Cabañero due to an ankle sprain – with 13 points, while Adama Faye tallied a double-double of 10 markers and 18 boards.

Leading by 7 points at halftime, 40-33, the Tamaraws failed to take care of their advantage as the Growling Tigers unloaded a 10-2 blast to momentarily hold the lead, 43-42, off an Echo Laure trey midway through the third frame.

Luckily for the Tamaraws, they managed to regain their bearings just in time, ending the quarter on a fiery 14-2 run, capped by a tough buzzer-beating triple off the glass by Patrick Sleat.

FEU then coasted the rest of the way, even pushing its double-digit cushion to as many as 19 points, 72-53, with just 3 minutes left to play.

“Our situation today is really something different because we did not make the Final Four,” said FEU head coach Olsen Racela.

“We’re used to having a post-season, but I told [my players] we could do something different. In the past five, six years that I’ve been here, we always finished the season with a loss.”

“It’s something different that we could carry moving forward in the next season or even in the Christmas that we ended our season with a win and that’s what we did today,” he added in a mix of English and Filipino.

Like the Tamaraws, the Growling Tigers will look to end their season on a high note and finally put an end to their miserable 12-game losing streak when they face the La Salle Green Archers on Wednesday, November 30 at 2 pm.