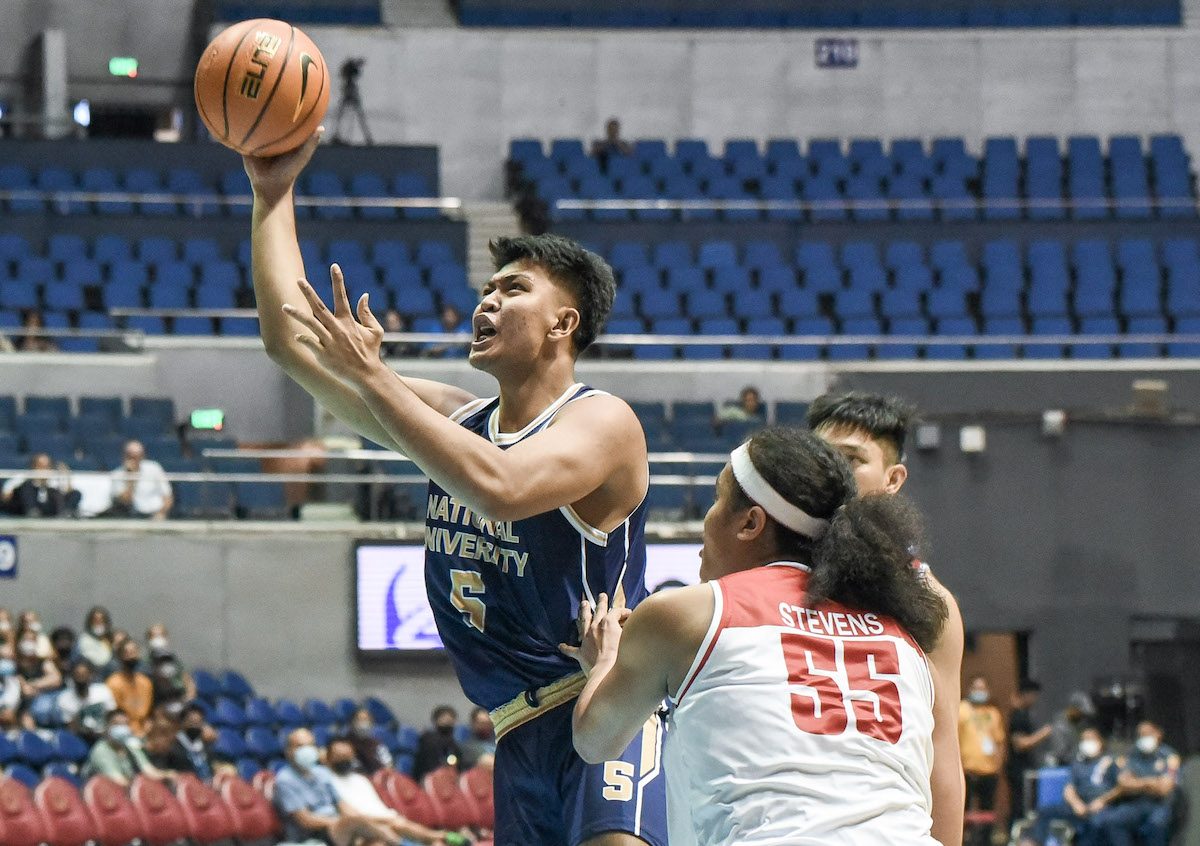 CAN'T MISS. PJ Palacielo goes perfect from the field as NU secures at least a playoff for a Final Four berth.

Facebook Twitter Copy URL
Copied
Rookie big man PJ Palacielo delivers a perfect outing for the NU Bulldogs as they solidify their hold of the No. 2 spot

MANILA, Philippines – The NU Bulldogs picked up their third straight win and solidified their hold of the No. 2 spot in the UAAP Season 85 men’s basketball tournament with a 70-61 triumph against the UE Red Warriors at the Araneta Coliseum on Thursday, November 17.

Seldom-used big man PJ Palacielo stepped up to the plate and finished with 10 points on a perfect 5-of-5 clip from the field, including 8 in the final four minutes of the ball game. The rookie also recorded 3 rebounds and 2 assists in just over eight minutes of play.

John Lloyd Clemente likewise scored 10 points, while Jake Figueroa and John Galinato added 9 markers each for the Bulldogs, who secured at least a playoff for a Final Four spot with an 8-3 record.

Already ahead by as many as 13 points, 37-24, early in the third quarter, the Bulldogs failed to protect their double-digit cushion as UE managed to get as close as 2 points, 55-57, off a Luis Villegas trey with just 3:14 to go.

Luckily for the Bulldogs, they managed to regain their bearings just in time as they countered with a blazing 7-0 run, capped by a three-pointer from Steve Nash Enriquez with only 1:31 left to play, to extend their lead back to a comfortable margin, 64-55.

A Kyle Paranada triple in the next possession gave UE some signs of life, but Figueroa quickly dashed all of the Red Warriors’ comeback hopes as he sank a dagger jumper in the following play.

Gani Stevens paced the Red Warriors – who dropped to 4-7 in the standings – for the second straight outing with 14 points, while Villegas and CJ Payawal had 13 and 12 points, respectively.

NU looks to extend its red-hot streak to four games when it takes on the UST Growling Tigers at 1 pm on Sunday, November 20, while UE hopes to keep its playoff chances alive when it goes up against the La Salle Green Archers on the same day at 3 pm.