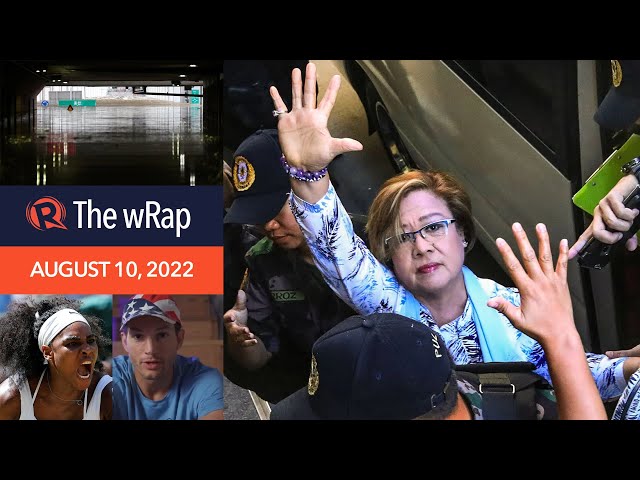 PS-DBM approves P1.39 billion worth of PPE not certified as safe. The Procurement Service of the Department of Budget and Management – previously the subject of congressional investigations due to anomalous pandemic contracts – was found by state auditors to have approved supply deals for personal protective equipment (PPE) that were not certified as safe by the Food and Drug Administration (FDA).

Torrential rain lessens in South Korean capital amid heavy flood damage. At least five people had been killed in Seoul as of early Wednesday, as well as three in the neighboring Gyeonggi Province and one in Gangwon Province, according to the Central Disaster and Safety Countermeasures Headquarters.

Tennis icon Serena Williams to retire from playing after US Open. Williams said on Tuesday, August 9, she was “evolving away from tennis” and planned to retire from the sport she dominated with 23 Grand Slam titles following the US Open tournament, which begins later this month.