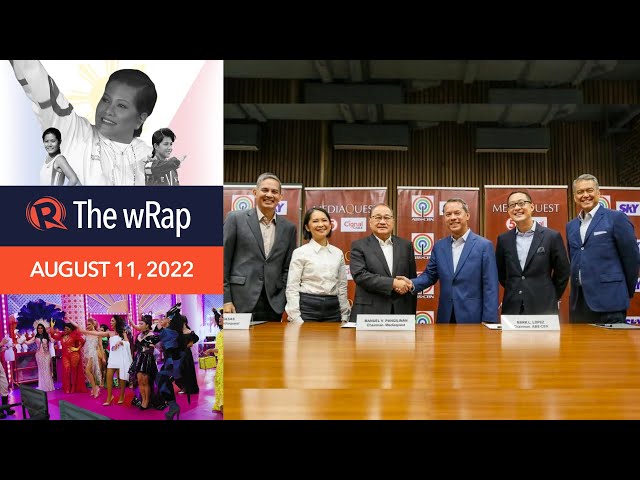 ABS-CBN to acquire 34.99% of TV5, Cignal invests in SkyCable. Media giants ABS-CBN and TV5 officially signed a multibillion-peso investment deal after over a year of negotiations, effectively consolidating both companies’ content and resources.

DepEd lacks 91,000 classrooms for school year 2022-2023. To address the problem, the Department of Education will implement class shifting schedules and set up temporary spaces.

‘Not his signature’: Malacañang denies Marcos allowed sugar imports. A document that has since been deleted from the Sugar Regulatory Administration’s website shows President Ferdinand Marcos Jr. approved 300,000 metric tons of sugar imports. Malacañang says he did not.