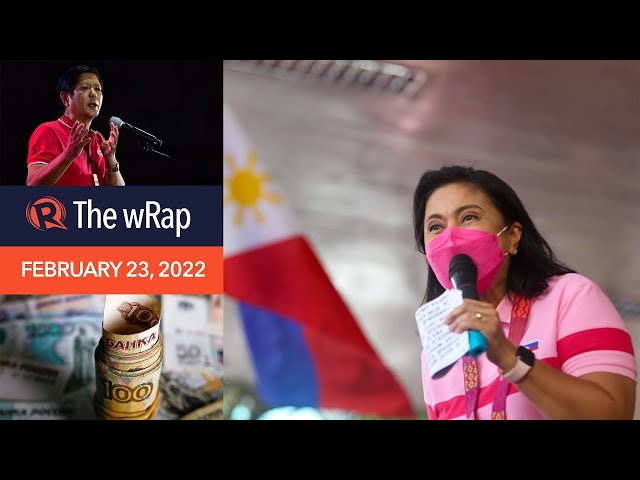 At least 47 former government officials under the Arroyo administration endorse presidential candidate and Vice President Leni Robredo in the 2022 elections.

Presidential frontrunner Bongbong Marcos secures the support of the Trade Union Congress of the Philippines or TUCP, but his labor agenda is still in the works.