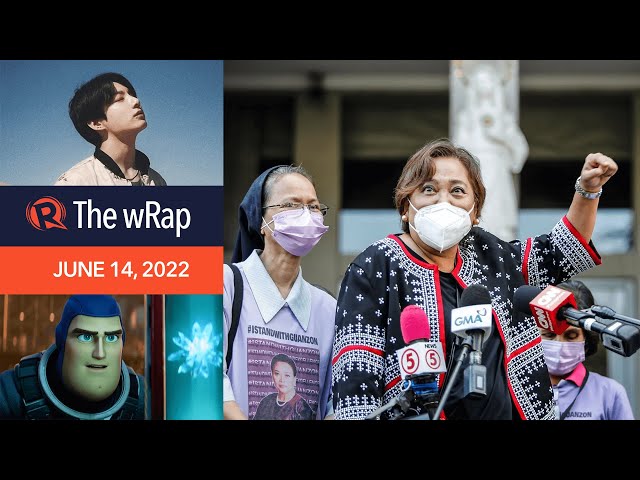 Former Commission on Elections commissioner Rowena Guanzon makes official her congressional aspirations after filing her papers as the first nominee of a winning party-list group.

Walt Disney Co. is unable to obtain permission to show its new Pixar movie Lightyear in 14 Middle Eastern and Asian countries and is unlikely to open in China, the world’s largest movie market.

BTS member Jungkook surprises ARMY, on Monday, June 13, with a new track titled “My You,” as part of the K-pop group’s ninth-year anniversary celebration. – Rappler.com

Today’s Daily wRap has been brought to you by the Good Neighbors International Philippines. For more information, visit goodneighbors.ph