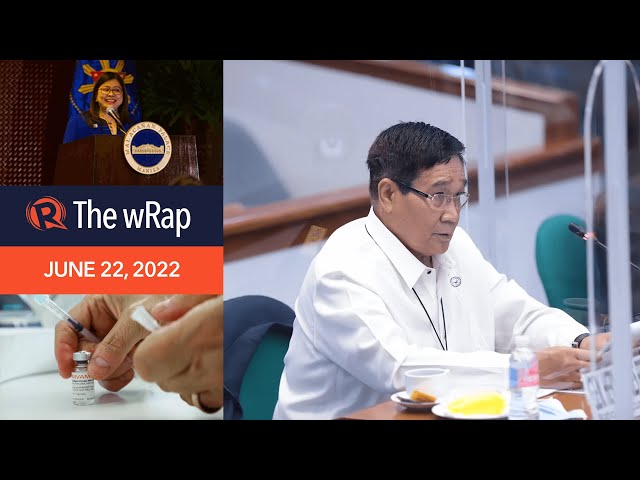 Singapore confirms an imported case of monkeypox, the health ministry says late on Tuesday, June 21. This is the first such case reported in Southeast Asia during this year’s outbreak of the viral disease.

US media reports say Pop singer Olivia Rodrigo is reportedly dating music executive and entrepreneur Zack Bia. A source tells PEOPLE the two have been “dating since the Super Bowl.”

Singer Alanis Morissette is no longer pushing through with her November 18 and 19 ‘Jagged Little Pill’ shows in Manila. The singer says, in a Facebook post on Wednesday, June 22, she’s ‘crestfallen’ to announce the cancellation of her concert, but did not mention the reason why. – Rappler.com