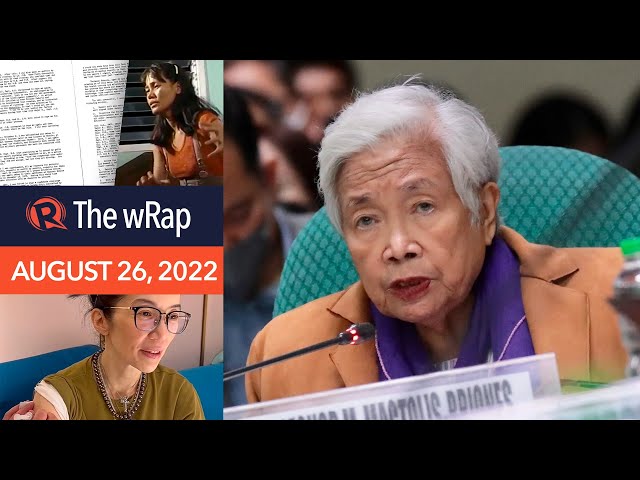 The World Health Organization on Thursday, August  25, reports more than 41,000 cases of monkeypox and 12 deaths  from 96 countries, with the majority of cases coming from the United States.

Ben&Ben digs deep into the feels with the release of their latest single, ‘The Ones We Once Loved.’ Meantime, K-pop girl group TWICE drops the music video of ‘Talk That Talk,’ the lead single of their newest comeback mini album ‘Between 1&2.’

Kris Aquino’s medical team is still working to find ‘the right treatment’ as she is diagnosed with new autoimmune diseases in the United States. – Rappler.com