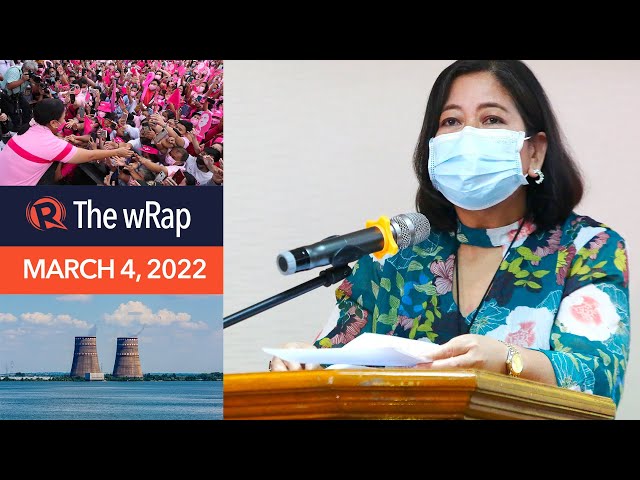 The Commission on Elections or Comelec pushes back and asserts its independence in the face of threats by Solicitor General Jose Calida over a memorandum of agreement with online news site Rappler.

The implementation of the Commission on Elections’ rules on physical campaigning continues for most parts of the country despite an order issued by a court in Baguio.

Russian forces seize the largest nuclear power plant in Europe after a building at the complex was set ablaze during intense fighting with Ukrainian defenders Friday, March 4. – Rappler.com