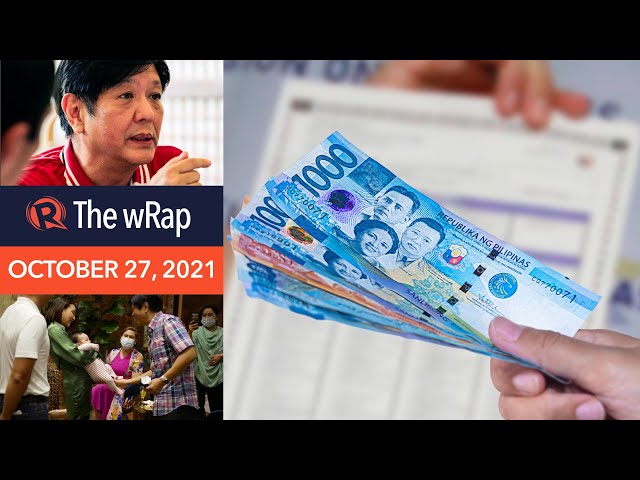 The Commission on Elections says vote-buying is an election offense. This, after Vice President Leni Robredo’s statement on vote-selling ignited a heated debate on social media.

Oxford University says the special diploma it gave to presidential aspirant Ferdinand ‘Bongbong’ Marcos Jr in 1978 ‘was not a full graduate diploma.’

A Social Weather Stations or SWS survey shows 57% or around 6 in 10 Filipino adults believe their quality of life got worse compared to the same period last year.

The fatal shooting accident on the set of an Alec Baldwin movie prompts calls for a ban on the use of real guns in TV shows and movies. – Rappler.com